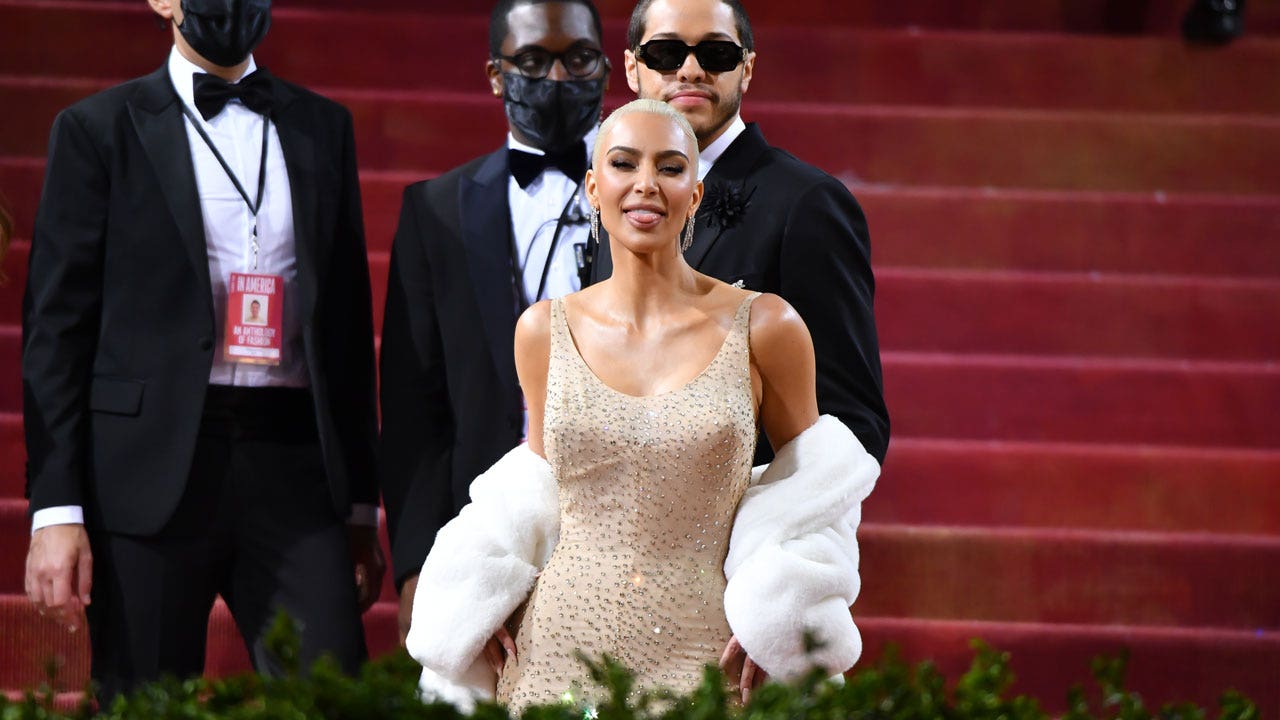 Lili Reinhart took to Instagram to “release” her “rage” following Kim Kardashian’s admission she lost 16 pounds in three weeks to fit into a Met Gala dress.

Although Reinhart didn’t mention Kardashian by name, she referenced the moment Kardashian told Vogue on the Met Gala red carpet that she had lost 16 pounds to fit into Marilyn Monroe’s “Happy Birthday, Mr. President” dress.

“To walk on a red carpet and do an interview where you say how starving you are… because you haven’t eaten carbs in the last month…all to fit in a f—ing dress?” Reinhart originally shared on her Instagram story. “So wrong. So f—ed on 100s of levels.”

Kim Kardashian was seemingly criticized by Lili Reinhart over comments that she lost 16 pounds to fit into the Marilyn Monroe dress she wore to the 2022 Met Gala.

“To openly admit to starving yourself for the sake of the Met Gala,” she continued. “When you know very well that millions of young men and women are looking up to you and listening to your every word. The ignorance is other-worldly disgusting.”

The “Riverdale” actress went on to encourage others to stop supporting celebrities whose “entire image revolves around their bodies.”

Kardashian revealed she didn’t eat sugar or carbs for roughly a month as she prepared to fit into the skin-tight dress.
(Getty/Fox News Digital)

“I am not generally an angry person, but I swear to god [sic], the toxicity of this industry sometimes gets to me and I have to do my little Instagram-story rants to release my rage.”

Kardashian shared video footage on Instagram following the Met Gala where she again commented that she was “starving” and showed off an array of donuts and pizza she was set to indulge in after not eating carbs or sugar for “a month.”

It was also reported that Kardashian participated in two workouts every day leading up to the 2022 Met Gala.

“It was such a challenge,” she told Vogue on the red carpet. “It was like a role. I was determined!”

The reality TV star was further criticized by Marilyn Monroe experts over her decision to wear the dress.

“I am extremely disappointed to see this 60-year-old, iconic dress being worn in public,” Michelle Morgan, author of the 2018 book “The Girl: Marilyn Monroe, the Seven Year Itch, and the Birth of an Unlikely Feminist,” told the New York Post.

“The gown is extremely fragile and has been previously kept in temperature-controlled conditions, but now here it is, not only being worn, but also in a red carpet environment, where anything could have happened to it,” she continued.