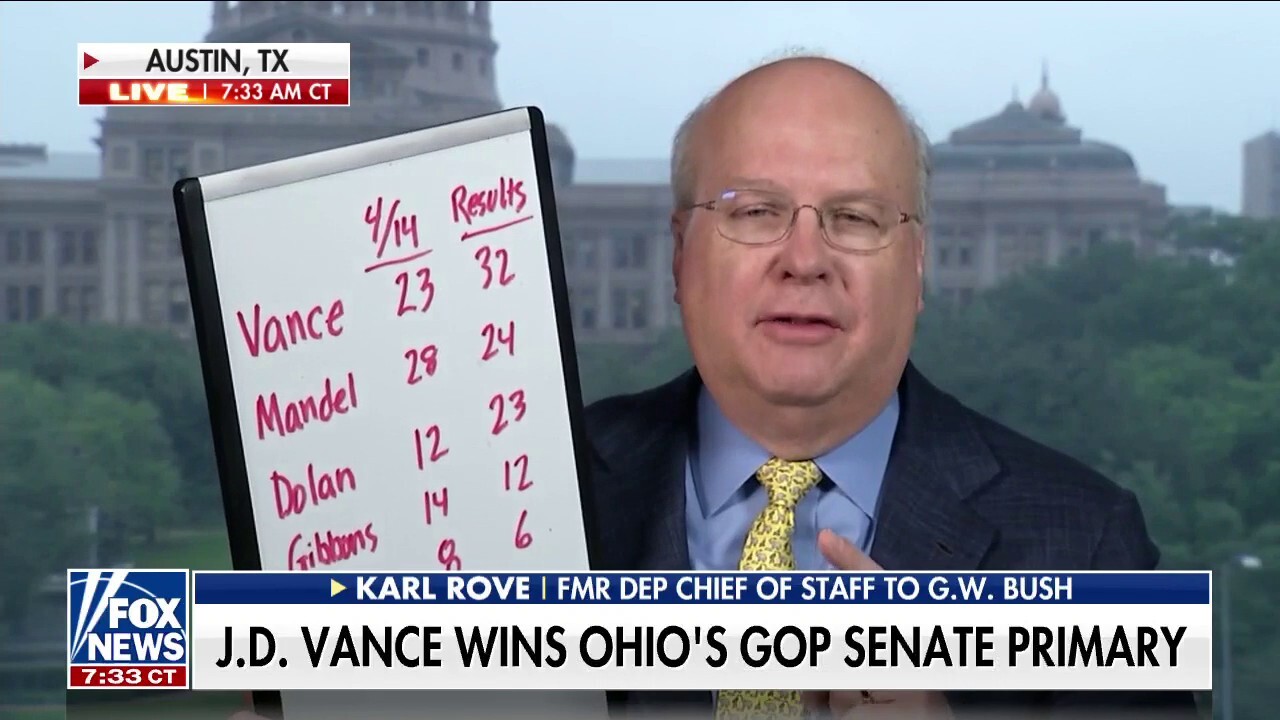 “Vance owes a lot to both President Trump and to Peter Thiel. Peter Thiel had given him like $11.5 million last year. But after [Trump] endorsed Vance on April 15th, Thiel put another $3.5 million in. And that was critical,” said Rove.

He said in mid-April, Vance trailed Josh Mandel by about five points, but ended up gaining nine points of support to put him over the top.

Minutes after Vance’s victory was projected, Trump spokesman Taylor Budowich told Fox News that “JD Vance put in tremendous work and has immense political talent—which put him in the position to earn the support of President Trump.

“It was the endorsement of President Donald J. Trump that took a candidate who many insiders said was in 4th and at single digits in the polls, and in only two weeks, propelled him into a commanding first-place finish.,” Budowich said.

Rove said “only one out of every 11 Ohio Republicans responded by saying, you know what, the president endorsed Vance, I’m going to join him.”

“Both items were important, the president’s endorsement and Thiel’s money. That’s basically two weeks worth of TV ads,” he told Steve Doocy.

Rove said he expects a turnout of close to 1.2 million Republican voters in November, while Democrats will be “lucky” to get 600,000.

“The state has moved dramatically in the last four to six years in a Republican direction,” he said.