What Was the Strategy Behind the Supreme Court Leak? 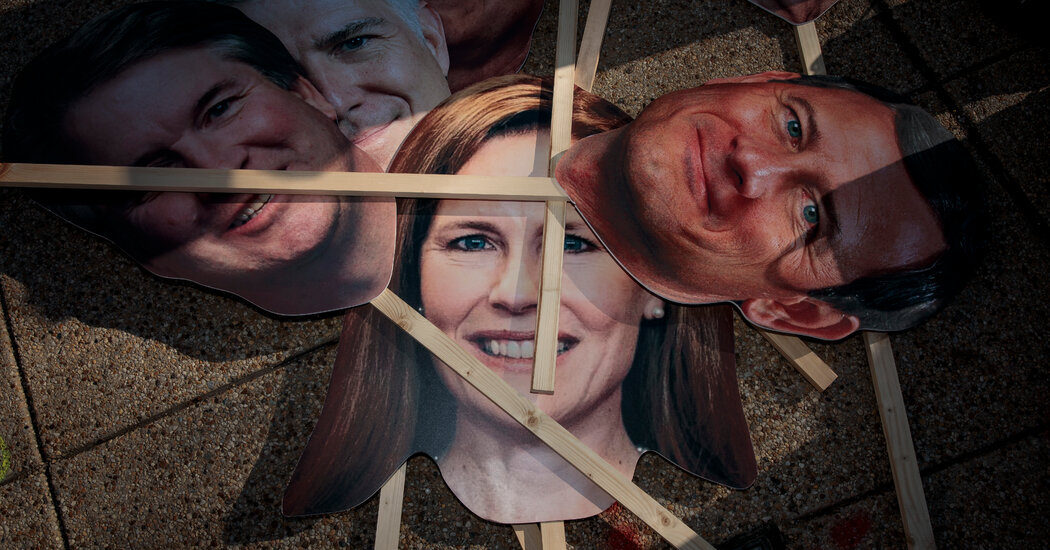 The leak of a draft Supreme Court decision that would overturn Roe v. Wade is not a surprise, but it is something of a mystery.

What’s unsurprising is that the accelerating politicization of the judiciary that began with Roe itself would overwhelm attempts to sustain an apolitical charisma around the operations of the court. Every development and controversy and scandal along the way — the Robert Bork and Clarence Thomas hearings, the multistage death of the filibuster, the pocket veto of Merrick Garland, the Brett Kavanaugh affair, the liberal enthusiasm for court-packing — cut away some element of the apolitical illusion. The leak of a draft decision, a violation of the secrecy around deliberations, is another escalation, but it’s part of the same pattern, the same trend that’s defined judicial politics for two generations now.

But the mystery lies in the strategy behind the leak.

All we know right now, from the leak and related reporting, is that Samuel Alito’s draft reflected the breakdown of the court about three months ago, when his draft first circulated — five votes to overturn Roe and Planned Parenthood v. Casey, three votes against, John Roberts in the middle. But plenty of decisions have changed between the initial vote and the final ruling, including the Obamacare decision in 2012 (where Roberts switched sides) and Casey itself (where Anthony Kennedy wrote the decision upholding abortion rights after initially voting to overturn Roe). And in this case, it always seemed imaginable that an initial stark split would give way, through some kind of intra-judicial persuasion, to the kind of minimalist ruling that Roberts in particular favors.

So if you were simply following a crude strategic logic, the fact that what’s been leaked is a draft from months ago might suggest that a leaker on the conservative side hopes to freeze a wavering justice — Kavanaugh being the obvious candidate — into their initial vote, by making it seem like the very credibility of the court rests on their not being perceived to cave under external pressure.

For support for this theory, look no further than an editorial last week in The Wall Street Journal, warning that Roberts might be “trying to turn” some of his colleagues toward a more modest ruling, one that would uphold Mississippi’s 15-week abortion ban without explicitly overturning Roe. The Journal editorial page is well sourced inside the conservative side of the Supreme Court; one of its editorials accurately foresaw that Roberts and Neil Gorsuch would join the liberals to expand the Civil Rights Act’s protections to gay and transgender Americans. So its warning last week could supply a direct conservative motive for a leak.

But then there is the evidence against the conservative-leaker scenario. First, the leak did not go to The Journal or an avowedly conservative media source; it went to reporters at Politico, an unofficially nonideological but, from a conservative perspective, functionally liberal outlet.

Second, as the court has moved rightward, the climate in the left-leaning part of the elite legal world (which is to say, most of it) has become much more self-consciously activist and anti-institutionalist than the climate among, say, Federalist Society types — meaning that if you were betting on a big act of institutional sabotage right now, you would bet on it coming from the left. (And indeed, the leaker was swiftly praised by prominent voices on liberal-legal Twitter.)

Third, you can imagine various possible rationales for a liberal leak. At the most basic level, there might be the hope that seeing the inevitable backlash unfold now, while the ruling can still change, could make a figure like Kavanaugh waver further, rather than locking in his vote.

Then, too, to the extent that liberals hope abortion could be a galvanizing issue — for organizing and fund-raising as well as votes — in a midterm election that’s otherwise shaping up disastrously for the Democrats, the leaker might see this as giving his or her side a head start, by encouraging the new Resistance to get to work a month early.

And finally, to the extent that a leak like this has some delegitimizing effect no matter what, that might be an end unto itself: If the court is going to be conservative, then let it have no mystique whatsoever.

This last place is where most liberals will end up, I’m sure, should the draft ruling turn out to be the final one. But there is an irony here, of course, because a key implication of Alito’s draft — and of arguments marshaled for generations by Roe’s critics — is that treating the judiciary as the main arbiter of our gravest moral debates was always a mistake, one that could lead only to exactly the kind of delegitimization that we see before us now.

Regardless of whether the draft becomes the final decision, then, its leak has already vindicated one of its key premises: that trying to remove an issue like abortion from normal democratic politics was always likely to end very badly for the court.