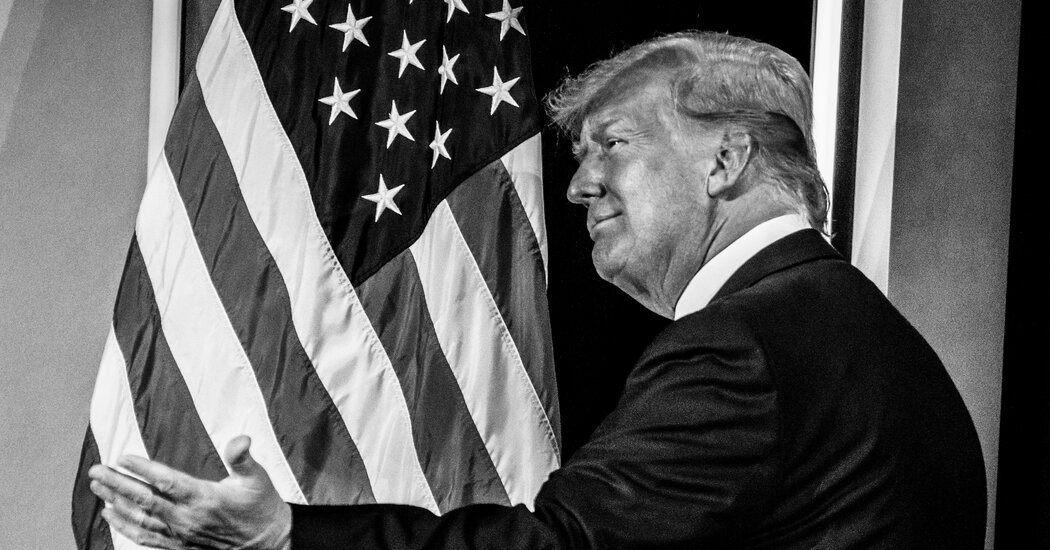 There’s one candidate quality Mr. Trump can’t resist: celebrity. In endorsing Dr. Oz, Mr. Trump said, “When you’re on television for 18 years, that’s like a poll, that means people like you.” Celebrity also brings with it an edge when it comes to public performance. As Axios reported, Mr. Trump “puts a ton of stock in debates” and was “impressed” with Mr. Vance’s debate performances. In one debate, he thought “all the G.O.P. hopefuls were terrible except Vance. Trump says Vance ‘has the look.’”

Republicans discount Mr. Trump’s instincts at their peril. I’ll admit to scoffing at his eager endorsement of the former football star Herschel Walker for Senate in Georgia, and Republicans like Mitch McConnell were reportedly skeptical of the candidate, concerned about parts of his personal history. Mr. Walker has admitted, for example, to playing Russian roulette several times and to being “accountable” for what his ex-wife has called abusive behavior. (He said that he has struggled with mental illness in the past and wrote about it in his book, “Breaking Free: My Life With Dissociative Identity Disorder.”)

But when I conducted focus groups in Georgia, I immediately realized that Mr. Trump understood something I didn’t: Many people in Georgia love Mr. Walker without reservation and will forgive him any indiscretion. When I raised the issue of Russian roulette, a Georgia man responded, “He keeps winning.” And indeed, Mr. Walker is going to win the Republican Senate primary easily.

In Ohio, before Mr. Trump endorsed Mr. Vance in April, Mr. Vance was in third place, polling at about 10 percent, behind Josh Mandel and Mike Gibbons, each at about 21 percent. Without the Trump endorsement, Mr. Vance almost certainly languishes at around 10 percent and finishes fourth.

The other characteristic of many of those Mr. Trump has endorsed is their unreserved embrace of “Stop the Steal.” It’s apparent why: When you listen to Trump voters — as I’ve discovered conducting regular focus groups with them — their beliefs are crystal clear. A majority believe the 2020 election was stolen and would like to see Mr. Trump run again in 2024, and even those who don’t want him to run still want him to play a big role in the G.O.P.

Inevitably, many of Mr. Trump’s chosen will wind up in office. And whenever one of the candidates loses, there will be a horde of Republican political operatives ready to tell reporters — on deep background, of course — how this or that defeat signals that the Republican Party is finally ready to move beyond Mr. Trump.

The problem is that I see absolutely no evidence of this being true. We can tally Mr. Trump’s endorsement wins and losses, but we cannot fail to grasp a key point: Mr. Trump has already won.