What we know about the investigation into the Supreme Court leak 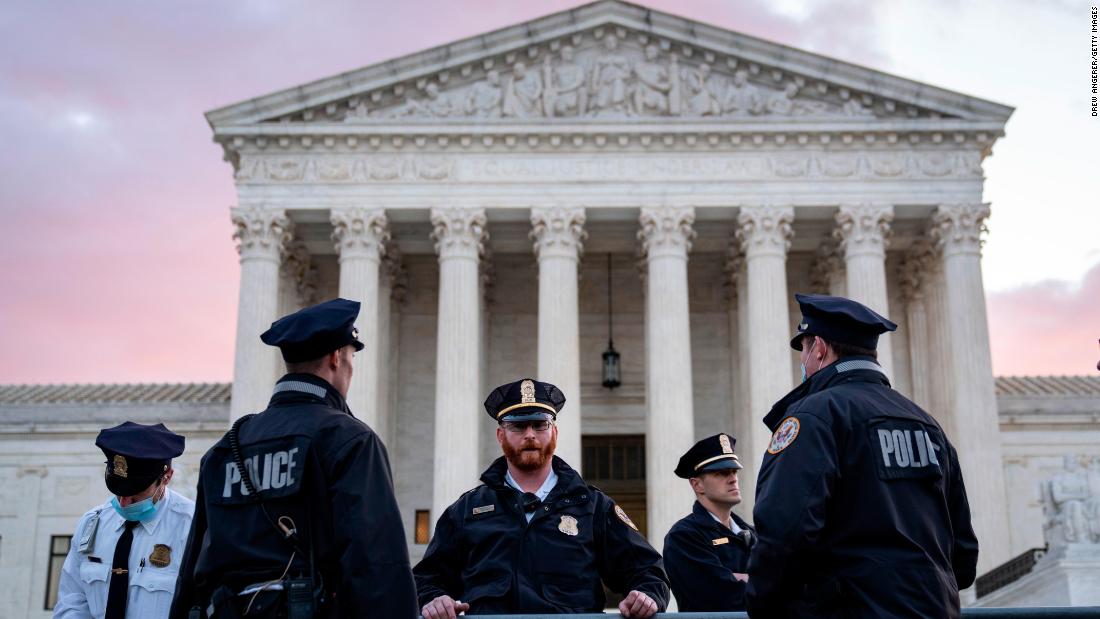 According to the draft authored by Justice Samuel Alito, the court would overturn Roe’s holding of a federal constitutional right to an abortion.

It’s unclear, however, how much experience that office has in conducting a probe such as this.

When was the draft opinion published and what does it say?

The draft opinion was published Monday evening by Politico and was later authenticated by the court. In it, Alito says Roe was “egregiously wrong from the start” and “must be overruled.”

It appears that five justices would be voting to overturn Roe. Roberts did not want to completely overturn Roe v. Wade, meaning he would have dissented from part of Alito’s draft opinion, sources tell CNN. That would mean that the five conservative justices who would make up the majority overturning Roe are Alito and Justices Clarence Thomas, Neil Gorsuch, Brett Kavanaugh and Amy Coney Barrett.

What did Roberts say?

Roberts, who has long tried to preserve the court’s independence and reputation, said in a statement that the court “will not be affected in any way” by the leak.

“Court employees have an exemplary and important tradition of respecting the confidentiality of the judicial process and upholding the trust of the Court.”

“I have directed the Marshal of the Court to launch an investigation into the source of the leak,” he said.

Who is the marshal of the Supreme Court?

The marshal of the Supreme Court oversees about 260 employees, including the court’s police department, which has the power to arrest people on the grounds of the court. The current marshal is Col. Gail A. Curley, who began serving as the court’s 11th marshal in 2021.

It’s unclear what investigative resources the court’s marshal has and how much experience employees have in finding the source of a leak. If the marshal finds evidence of a possible crime, the court can ask the Justice Department to prosecute someone.

Typically, the people with access to such a document would be the nine justices and the people working in their chambers, including their clerks and staff — nearly 50 people in all.

Why didn’t Roberts ask the Justice Department to investigate the leak?

Roberts has long guarded the independence of the third branch of government, keeping the legislative and executive branches, which include the Justice Department and the FBI, out of the court’s affairs. His decision to have the matter handled — at least initially — internally by a force he controls underscores that desire.

A former leader of the US Marshals Service, the agency responsible for judicial security beyond the confines of the Supreme Court, told CNN it would be unlikely that Roberts would ask an executive branch law enforcement agency to investigate the leak, noting the court is not an organization that enjoys outsiders peering in.

The source also described the marshal of the Supreme Court as differing from traditional law enforcement, describing that role as more like a chief administrative officer with oversight of a police department.

What crime is at play?

It’s unclear what crime could be investigated and whether the FBI and the Justice Department have the authority to look into a leak that doesn’t have to do with classified or sensitive information.

Moreover, after leading politically sensitive investigations of presidential candidates and a sitting president in recent years, Justice Department and FBI officials are loath to get the bureau involved in what may end up being a political effort to try to affect the outcome of the court’s final opinion in the case.

“Leaks of government information, by themselves, are not crimes,” said Steve Vladeck, a CNN Supreme Court analyst who’s a professor at the University of Texas School of Law. “Usually, leakers are prosecuted for leaking classified information, which this isn’t, or for offenses related to how they obtained the information they leaked.”

“But without one of those hooks, or some kind of financial harm to the government arising from the leak, there’s no federal criminal statute that makes leaking of simply confidential governmental information unlawful,” Vladeck added.

Former Supreme Court clerks were stumped as to how such a probe would unfold, including whether the investigators have the power to issue subpoenas.

“It’s hard to understand what this investigation would look like because a leak like this is so unprecedented,” said Barbara Smith, a former Alito clerk.

Smith, who is now an attorney with Bryan Cave Leighton Paisner in St. Louis, said the fact that the opinion had been circulated to all justices means the number of people who may have had access is possibly in the dozens, or hundreds if court employees are included.

She called the leak “such an unusual and tragic breach of protocol,” and noted that the court doesn’t have experience with leaks, which are much more common in the other two branches of government.

Ian Samuel, a former clerk for Justice Antonin Scalia, spoke to the court’s confidentiality norms in an interview in 2018, saying the “chief justice, at the beginning of the year, does a set of remarks to all the new law clerks gathered in a room together about the job. Confidentiality is emphasized.”

Samuel said the late justice told his clerks on their first day on the job that if he were to “ever discover that you have betrayed the confidences of what goes on in these chambers, I will do everything in my power to ruin your career.”

“It did put me in the right frame of mind about it,” Samuel said. “Which is, you know, you’re going to learn some secret stuff. And you should just know the consequences both ways.”