Analysis: An earth-shattering moment for a Supreme Court already on the brink 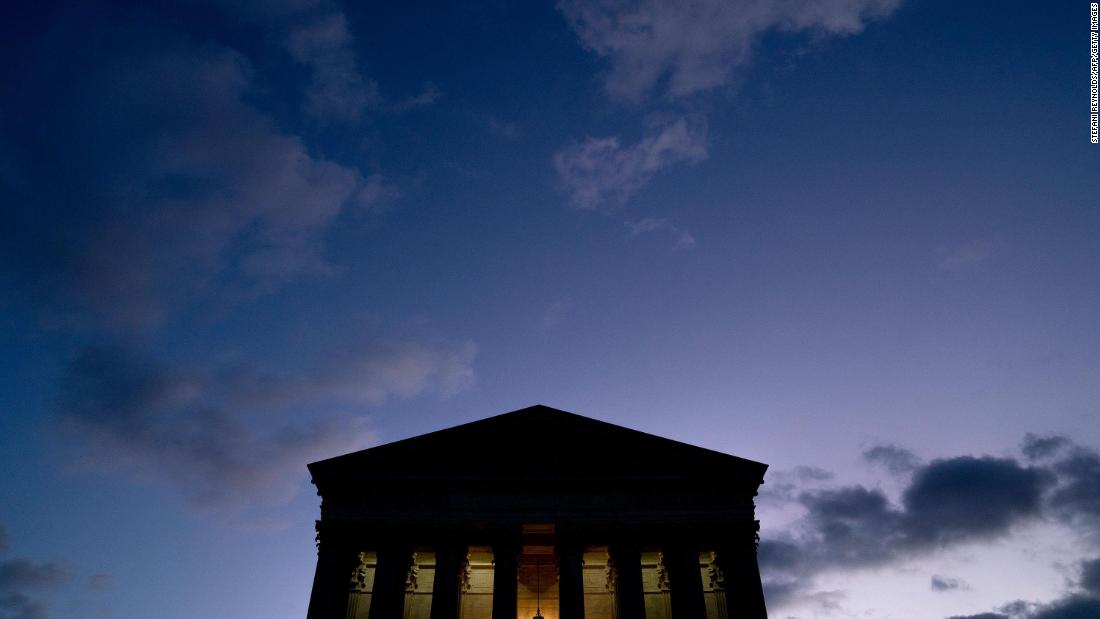 For Chief Justice John Roberts, whose concern for the institution’s reputation is manifest in nearly every opinion he writes and every public speech he makes, the developments are a disaster of the highest order.

Not only does it appear that the five most conservative members of the court, including the three new appointees of former President Donald Trump, are ready to overturn a half century of constitutionally grounded abortion rights. It further appears that Politico, which published the first draft of the opinion in Dobbs v. Jackson Women’s Health Organization, had surmounted the court’s longstanding protocols of secrecy and security.

Such a breach of an opinion at this early stage of drafting is unprecedented. And that it occurred in a case of seismic importance to American life, a case that could affect so many women and their families, and in a case that could reorder the political landscape, only makes the entire episode more startling.

The extraordinary episode is likely to sow distrust among the justices and could affect negotiations on other pending cases set to be resolved by late June. Also awaiting decisions are controversies over gun control, religious rights and Biden administration immigration policy.

The chief justice called it a “betrayal” and said the Marshal of the Court will investigate.

“This was a singular and egregious breach of that trust that is an affront to the Court and the community of public servants who work here,” Roberts said in a statement.

The court’s integrity was already on shaky ground, with its public approval rating in record decline.

The conservative supermajority on the nine-member bench, along with a lack of transparency regarding potential conflicts of interest and some of the court’s substantive business, has been fueling congressional proposals for change at the high court. Those range from a formal ethics code for the justices to, dramatically, an expansion of the number of seats to offset the far-right dominance.

Within the court itself, recent sessions have been marked by finger-pointing and recriminations among justices. Liberals and conservatives have questioned each other’s motives in cases, and the six justices on the right have sometimes bitterly splintered. Roberts, who before October 2020 was in control as the justice at the ideological middle, has increasingly faced derision by fellow conservatives and been relegated to solo opinions.

The new breach of court secrecy may initially cause the justices to close ranks, as they often do in the face of external scrutiny and criticism. But it could more seriously undermine trust among the nine as a blame game begins.

Abortion rights in America date to 1973, when the high court by a 7-2 vote declared that a constitutional right to privacy, rooted in the Fourteenth Amendment, covered a woman’s right to end a pregnancy.

The justices solidly reaffirmed that core right in 1992, reinforcing the principle that states could not interfere with a woman’s ability to obtain an abortion before a fetus could survive out the womb, at about 23 weeks Even justices who had criticized Roe said it was important to adhere to the precedent, for institutional reasons and because, quite simply, Americans had come to rely on it.

The current court, however, has been moving in the opposite direction. Trump, who campaigned against Roe, was able to appoint three right-wing justices in succession. The first in 2017, Neil Gorsuch, gained a seat because Senate Republicans had in 2016 blocked any action on then-President Barack Obama’s choice of then-US appellate Judge Merrick Garland.

Trump pushed through Brett Kavanaugh in 2018, and then in late 2020, after the death of staunch liberal Ruth Bader Ginsburg, he successfully won Senate confirmation of Amy Coney Barrett just days before the November presidential election.
Their appointments, along with conservative veteran Justice Clarence Thomas and Samuel Alito, suggested it was inevitable the new court would limit reproductive rights.

The rightward force on multiple legal issues also caused Roberts, who had opposed abortion rights, to hedge. He increasingly showed concern that the bench might be lurching too far to the right, and he found himself siding more and more with what remains of the liberal wing, Justices Stephen Breyer, Sonia Sotomayor and Elena Kagan.

Before the Monday night bombshell, sources had told CNN that Roberts had been opposed to overturning Roe completely and had looked toward a possible compromise that would uphold the disputed Mississippi law that limits abortions at 15 weeks — but leave parts of Roe intact.

Sources said that Roberts had — so far — failed to make headway with the newest justices, Kavanaugh and Barrett, two who have shown some tentativeness compared to their brethren on the right wing. It is difficult to know what other drafts opinions may have circulated among the justices or how firm the positions of some justices were since the Mississippi case was argued on December 1.

Drama behind the scenes

There are possibly several more weeks of negotiations before the traditional summer recess for the bench. But the disclosure of the draft opinion in such a chaotic fashion could disrupt any further efforts by Roberts.

Abortion cases have historically taken multiple twists and turns behind the scenes. In the 1992 Planned Parenthood of Southeastern Pennsylvania v. Casey case, it was late May when then-Justice Anthony Kennedy dropped a note to Justice Harry Blackmun to tell him developments would please Blackmun, the author of Roe.

It was just one month before the June 29 opinion was released that Kennedy wrote to Blackmun: “I need to see you as soon as you have a few free moments. I want to tell you about some developments in Planned Parenthood v. Casey, and at least part of what I say should come as welcome news.”

In that 1992 case, Kennedy and fellow GOP appointees Sandra Day O’Connor and David Souter wrote a joint opinion that affirmed the essential holding of Roe, even with some ambivalence.

The trio asserted: “Men and women of good conscience can disagree, and we suppose some always shall disagree, about the profound moral and spiritual implications of terminating a pregnancy, even in its earliest stage. Some of us as individuals find abortion offensive to our most basic principles of morality, but that cannot control our decision. Our obligation is to define the liberty of all, not to mandate our own moral code.”

Perhaps anticipating this moment, Kagan has been pounding away in opinions and in comments from the bench about the importance of adhering to precedent.

When the court sticks to its landmarks, even those that some people oppose, Kagan asserted during arguments in an April case unrelated to abortion, it can enhance “the legitimacy of the court and the way the court operates” and speak in a “profound sense about the court as an institution and the role it plays in society.”

In his apparent first draft dated February 10, Alito brushed off the court’s usual adherence to precedent, writing that Roe v. Wade does not does not deserve such regard.

“Roe was egregiously wrong from the start. Its reasoning was exceptionally weak, and the decision has had damaging consequences.”

Insisted Alito: “And far from bringing about a national settlement of the abortion issue, Roe and Casey have enflamed debate and deepened division.”