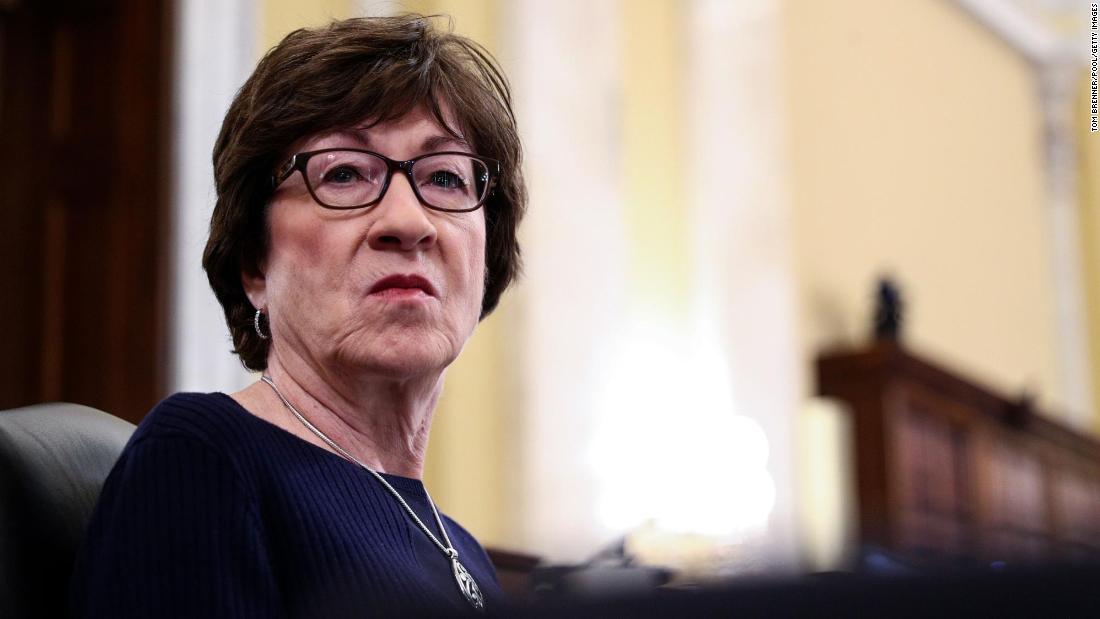 “My fervent hope is that Brett Kavanaugh will work to lessen the divisions in the Supreme Court so we have far fewer 5-4 decisions and so that public confidence in our judiciary and our highest court is restored,” she said in a floor speech announcing her decision.
In an interview with CNN the following year, Collins, who supports abortion rights, said that Kavanaugh “said under oath many times, as well as to me personally many times, that he considers Roe to be ‘precedent upon precedent’ because it had been reaffirmed in the Casey v. Planned Parenthood case.”
Similarly, Collins told CNN in 2018 that she didn’t believe Justice Neil Gorsuch, who she voted to confirm the previous year, would want to overturn Roe v. Wade.

“I had a very long discussion with Justice Gorsuch in my office and he pointed out to me that he is a co-author of a whole book on precedent,” Collins said at the time.

Which brings me to the draft opinion — obtained by Politico Monday night — that suggests the Supreme Court is planning to overturn Roe when it hands down its final decision, likely this summer.
“We hold that Roe and Casey must be overruled,” writes Justice Samuel Alito in the draft text. “It is time to heed the Constitution and return the issue of abortion to the people’s elected representatives.”
Collins, in a statement released Tuesday morning, expressed shock with the seeming turn of events.

“If this leaked draft opinion is the final decision and this reporting is accurate, it would be completely inconsistent with what Justice Gorsuch and Justice Kavanaugh said in their hearings and in our meetings in my office,” she said. “Obviously, we won’t know each Justice’s decision and reasoning until the Supreme Court officially announces its opinion in this case.”

Asked by CNN if she was misled by Kavanaugh, Collins said: “My statement speaks for itself.”

Collins is technically right that “we won’t know each Justice’s decision and reasoning.” But a bit of simple math suggests that how the votes might play out.

The court’s three more liberal members (Sonia Sotomayor, Elena Kagan and Stephen Breyer) are not going to be supportive of a decision that overturns Roe. And CNN reported that Chief Justice John Roberts does not want to “completely” overturn Roe.

Which means that the other five conservative-leaning justices (Alito, Kavanaugh, Gorsuch, Amy Coney Barrett and Clarence Thomas) would likely have to be on the side of overturning Roe.

Collins may well be the only person shocked that Kavanaugh (and Gorsuch) look to be on the side of overturning Roe. She was widely derided for her blind trust in Kavanaugh’s word in particular during the contentious confirmation process — and for her willingness to confirm his lifetime appointment to the court.