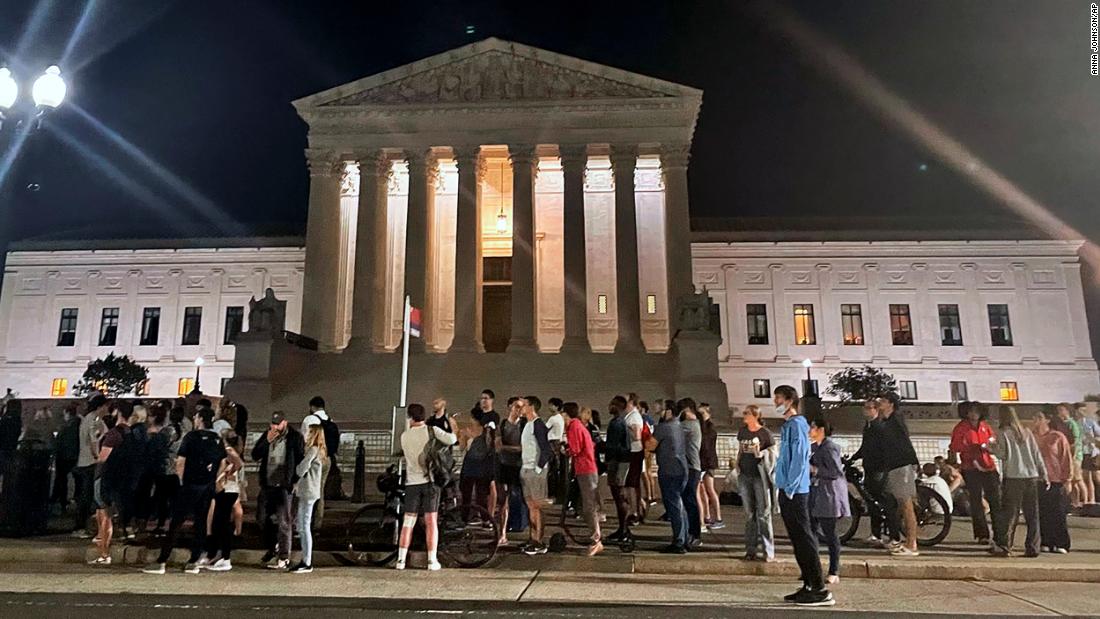 The scene outside the court ranged from somber to angry, with people consoling one another and questioning what to do next. Some who had gathered appeared to be in disbelief.

According to the draft opinion written by conservative Justice Samuel Alito and obtained by Politico, the court would overturn Roe v. Wade’s holding of a federal constitutional right to abortion. The opinion would be the most consequential abortion decision in decades and would transform the landscape of women’s reproductive health in America.

“For 49 years, we have fought to make sure that we are able to make these decisions, not some lawmakers down the street, not somebody who honestly doesn’t even know how our bodies work. And now they are determined to take this right away from us,” Alexis McGill, CEO and president of Planned Parenthood, told CNN’s Anderson Cooper on “AC360” Monday evening.

Planned Parenthood, she vowed, will work on “ensuring that people understand what is at stake right now. It is literally their bodies on the line.”

Sarah Lanford, a health care policy advocate from Texas, told CNN outside the court that she felt there was “nothing” that she could do. “I feel like I’m doing everything I can do in terms of organizing, registering voters, donating to abortion funds, and it’s just like not enough in a way that’s really frustrating,” she said.

Another in the crowd, Nick Butler, said people need to recognize “that they have power” to enact change as he urged everyone to consider those “who are going to be targeted” if Roe is struck down.

The draft was circulated in early February, according to Politico. The final opinion has not been released, and votes and language can change before opinions are formally released. The opinion in the case — Dobbs v. Jackson, which concerns a challenge to Mississippi’s 15-week ban on abortion — is not expected to be published until late June.

Politico says it has authenticated the draft, but CNN has not independently confirmed the document’s authenticity. A Supreme Court spokesperson declined to comment to CNN.

This is a breaking story and will be updated.