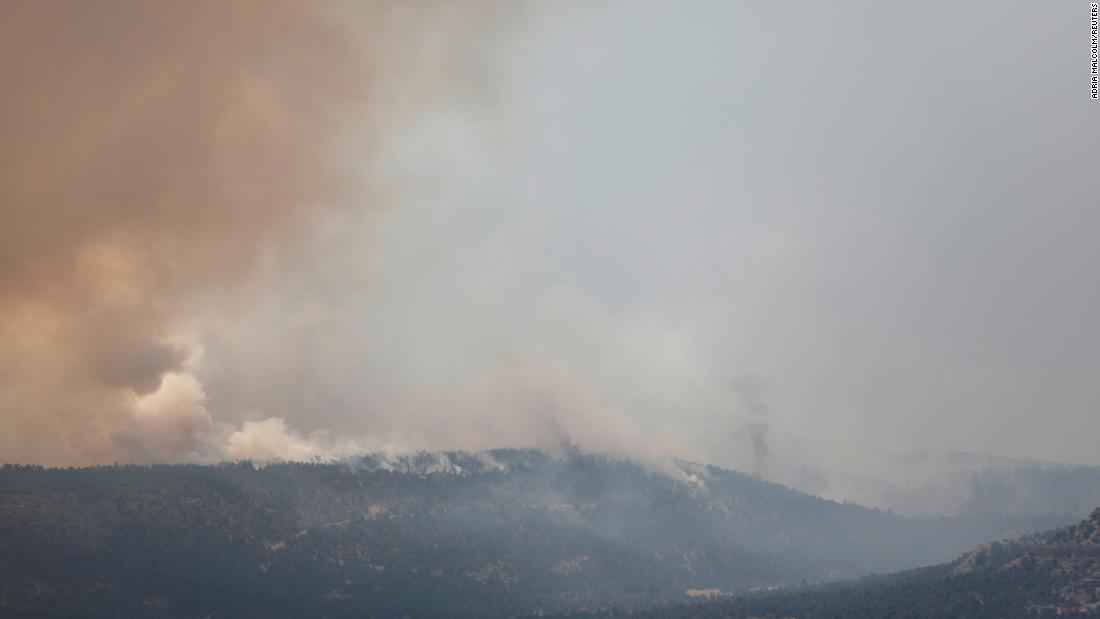 Shifting winds expanded the Calf Canyon and Hermits Peak fires that are burning in the northeast part of the state, according to InciWeb, a centralized source for wildfire information. The fires’ expansion prompted new evacuation orders along the blazes’ edges Monday and forced the relocation of nearly 200 patients from a psychiatric hospital.
The two fires have burned a collective 120,653 acres and are 20% contained, according to a Monday morning update from New Mexico Fire Information, requiring evacuations in the Camp Luna and Cinder areas.

The Hermits Peak blaze began on April 6 and joined with the Calf Canyon fire which began in late April.

Parts of the state continued to fall under a critical fire threat Monday and an elevated fire risk level was issued for the areas surrounding the critical fire risk, according to CNN Meteorologist Robert Shackelford. On Tuesday, the critical threat is expected to expand to cover nearly all of New Mexico, he said.

About 3,500 people have been evacuated in and around the city of Las Vegas as of Monday evening because of the Calf Canyon Fire, according to San Miguel County Manager Joy Ansley. As of Friday, 270 structures had been visibly damaged or destroyed by the fire, including 166 homes, she said. Las Vegas is located about 70 east of Santa Fe, New Mexico.

On Monday morning, the Behavioral Health Institute in Las Vegas began evacuating all 197 of its patients, including adult psychiatric patients and children, the New Mexico Department of Health announced.

The acting health secretary Dr. David R. Scrase thanked the facility’s staff for their commitment to relocating the patients safely.

“Many of our caregivers live in the area that burned and many still don’t know if their homes are still standing — still, they put their patients first,” he said.

A handful of fires continue to burn throughout areas of New Mexico, including the recently ignited Bear Trap fire in the southwest, which InciWeb says was first reported Sunday and has covered 1,209 acres so far.

Other parts of the Southwest, including Arizona and Colorado, are also experiencing wildfire destruction. Small portions of northeast Arizona and southern Colorado are also expected to fall under critical fire threat Tuesday, according to Shackelford.

CNN’s Paul Murphy and Joe Sutton contributed to this report.