Meet an ‘extreme’ plant that thrives and grows faster under stress 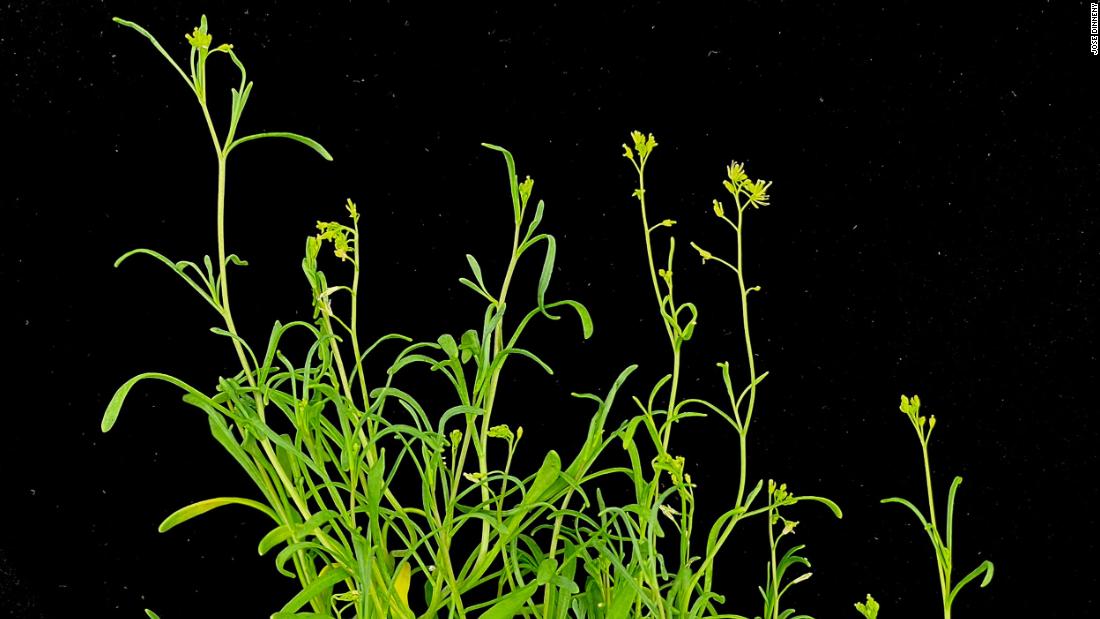 One of these plants flourishes in a place with extremely high salt content, according to a new study published Monday in the journal Nature Plants.

Understanding what makes extremophyte plants tick could help researchers to engineer a similar response in crucial crops that are at risk due to the climate crisis.

“With climate change, we can’t expect the environment to stay the same,” said lead study author Ying Sun, a postdoctoral researcher at the Salk Institute for Biological Studies in San Diego, in a statement. “Our crops are going to have to adapt to these rapidly changing conditions. If we can understand the mechanisms that plants use to tolerate stress, we can help them do it better and faster.”

Typically, plants slow things down metabolically when the conditions around them don’t support normal growth. They grow fewer leaves and roots. The plants’ pores close to retain water. This strategy works for a short duration, but if harsh conditions prevail, the plants die.

Extremophytes are the opposite — especially a raggedy-looking member of the mustard plant family called Schrenkiella parvula.

It is found growing along the shores of Lake Tuz in central Turkey in conditions that would kill most plants. The lake’s salt content can be six times higher than in the ocean, and yet this plant grows faster in the face of such stressful conditions and a lack of rainfall.

“Most plants produce a stress hormone that acts like a stop signal for growth,” said senior study author José Dinneny, an associate professor of biology at Stanford University. “But in this extremophyte, it’s a green light. The plant accelerates its growth in response to this stress hormone.”

Plants release a hormone called abscisic acid, or ABA, when they encounter certain harsh conditions, and the hormone kicks some of the plant’s genes into high gear so it knows how to respond.

Schrenkiella parvula is a member of the larger Brassicaceae plant family, which includes crops like cabbage, broccoli and turnips, and other important food crops. The researchers compared how different plants within this family responded to the release of abscisic acid.

The other plants slowed or stopped their growth, but the roots of Schrenkiella parvula accelerated in growth.

“S. parvula has taken this ‘warning signal’ that the plant uses to avoid stress and has transformed it into a robust growth-inducing signal,” said Dinneny, who is also the director of graduate studies and chair of the Graduate Studies Committee in Stanford’s department of biology. “This tells us that environmental conditions that are dangerous to some plants can be inviting to others. Our study shows that rewiring the gene networks that respond to these stress cues is one way that plants can change the way that they respond to their world.”

The team also studied Eutrema salsugineum, another extremophyte plant found growing along salty shorelines in China. This plant has evolved its own independent traits for thriving in a similar environment, so it provided a good comparison with Schrenkiella parvula.

“With advances in genome sequencing, it is now possible to study these plants and unlock the genetic mechanisms that allow these plants to grow in extreme environments,” Dinneny said.

Breaking down how plants cope with stressful conditions could aid scientists in introducing ways to help crops adapt through plant breeding to improve their resilience.

Engineering this same stress response could help crops thrive in periods of drought, which are expected to worsen in the future due to the climate crisis. And it could also be applied to plant species that could be used for sustainable jet fuel or biofuel.

“You want to be growing bioenergy crops on land that is not suitable for growing food — say, an agricultural field that has degraded soil or has accumulated salinity because of improper irrigation,” Dinneny said. “These areas are not prime agricultural real estate, but land that would be abandoned otherwise.”

The research was partly funded by the US Department of Energy to better understand how plant genetics can lead to better bioenergy crops for sustainability, Dinneny said.

Next, Dinneny and his team want to tweak genes activated by abscisic acid in different plants to see how they respond. And ultimately, the researchers want to know how extremophytes evolved to develop their traits for tolerating harsh environments.

“We’re trying to understand what the secret sauce is for these plant species — what allows them to grow in these unique environments, and how we can use this knowledge to engineer specific traits in our crops,” Dinneny said.