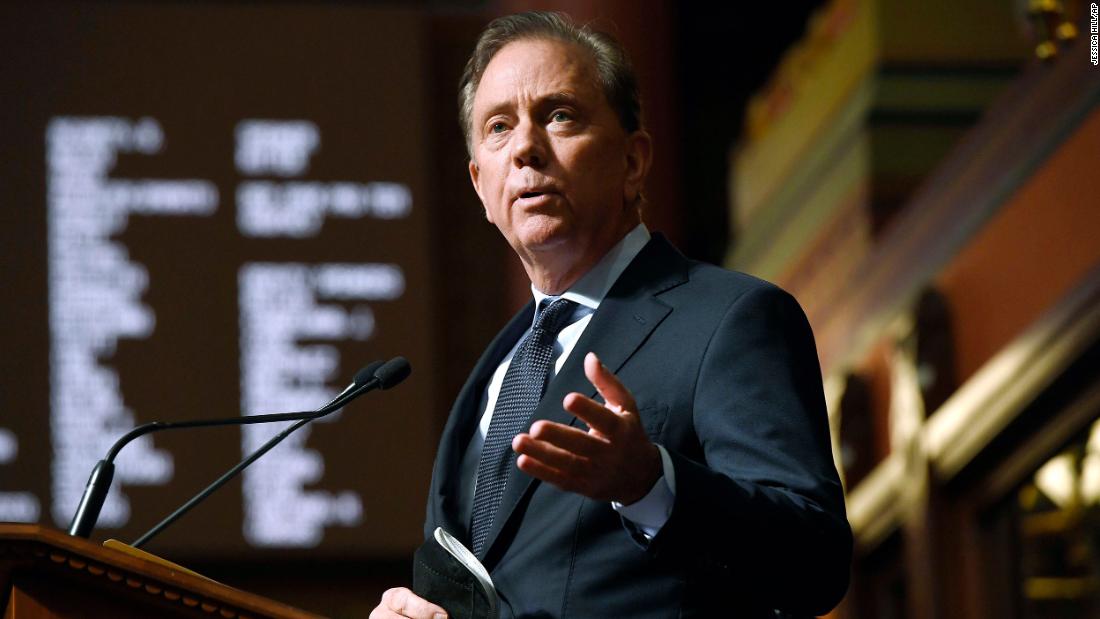 House Bill 5414, sponsored by state Democratic lawmakers, would enable a person or corporation who “has had a judgment entered” against them in another state for receiving, providing or helping a person obtain legal abortion services in Connecticut to sue for damages. Supporters of the bill say it would protect women from other states who travel to Connecticut to receive abortions, as well as the physicians who provide them.

Gov. Ned Lamont, a Democrat, has said that he will sign the bill. Lamont’s office said Saturday it has yet to receive the bill, but the governor has 15 days to sign it once he does. The legislation would go into effect on July 1 following enactment.

“It’s incredible that the Supreme Court is going to make a decision in three or four months that could fundamentally change a woman’s right to choose and that a majority of the states across the country already got bills passed or about to pass that virtually outlaw a woman’s right to choose, and we’re not going to let that happen in Connecticut,” Lamont said at a news conference last week alongside abortion rights advocates.

The measure would block state agencies from assisting in interstate investigations or prosecutions that would hold someone criminally or civilly liable for providing, seeking, receiving or asking about abortion services legal in Connecticut. It would bar court officers from issuing subpoenas related to legal abortion services in the state.

The bill would also limit the governor’s extradition authority, meaning the governor would not be able to extradite a person who performed an abortion in Connecticut that’s considered a crime in another state.

The measure was prompted by the controversial Texas law that allows private citizens to take civil action to enforce its ban on abortion after about six weeks of pregnancy.
The Connecticut bill’s backers argue the legislation is necessary to safeguard against the US Supreme Court potentially overturning the landmark Roe v. Wade decision later this year, as well as to block red states that seek to curtail abortion rights from enforcing those restrictions beyond their borders.

Democratic state Rep. Matt Blumenthal, a bill sponsor, said in a statement that the measure would “serve as a blueprint for states across the country seeking to protect the right to choose.”

HB 5414 would also allow non-physicians, including registered nurses, nurse-midwives and physician assistants, to provide abortions and medication abortions in the first trimester.

Anti-abortion groups have objected to the bill, with the Family Institute of Connecticut saying it would turn the state into a “safe harbor for unsavory out-of-state abortionists.”

Connecticut is the latest state to enact bills this year that protect or expand access to abortion as conservative states push restrictive abortion laws in anticipation of the Supreme Court decision in a case that challenges Roe v Wade. As of early April, at least 11 protective measures had been enacted in seven states this legislative session, according to the Guttmacher Institute, which supports abortion rights.
Since the Texas abortion law was passed, abortion providers in neighboring states have said they’ve seen a surge in Texas patients seeking the procedure.

Democratic Gov. Jay Inslee of Washington state last month signed a bill into law that he said would protect out-of-state patients seeking abortion services and Washington abortion providers from “prosecution through vigilante justice” from states such as Texas.

The Washington law, which will take effect in June, says that the state “shall not penalize, prosecute, or otherwise take adverse action” against someone who aids or assists a pregnant person in “exercising their right to reproductive freedom.”

Drexel University law professor David Cohen told CNN that while the Washington state law may be interpreted as protecting abortion providers, Connecticut would be the first state to “specifically get this far with specific protections for providers (and) helpers of interstate abortion travelers.”

“The Connecticut bill is just much more specific, and clear about protecting abortion providers and helpers and seekers in Connecticut from out-of-state lawsuits and criminal investigations,” Cohen said.

This story has been updated with additional details.