America's RV renaissance is going strong, even with $5 gas 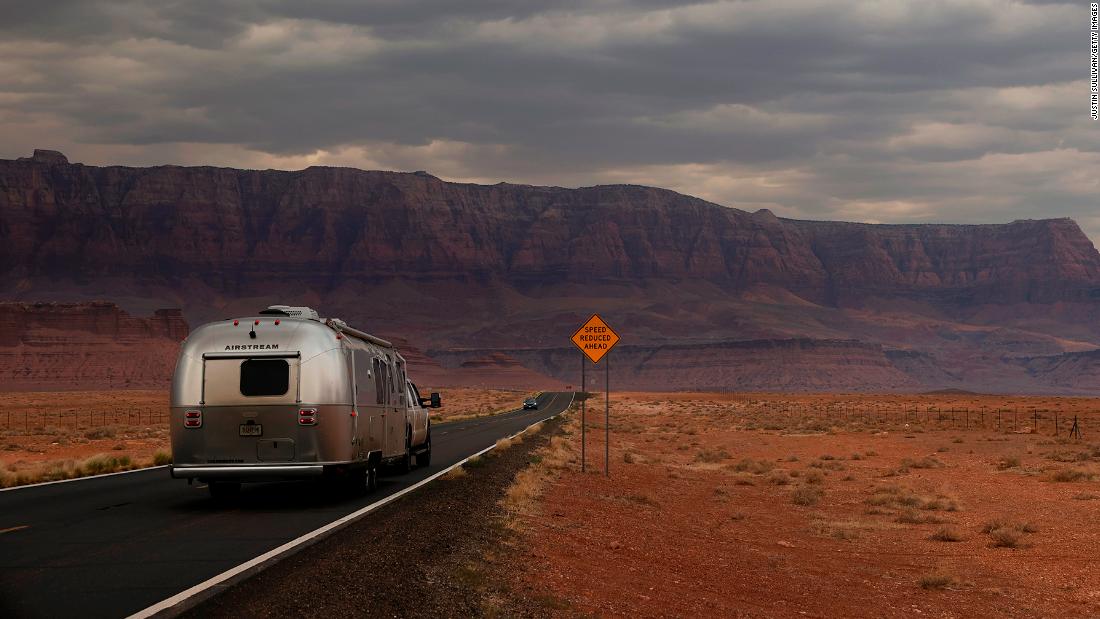 Two years ago, as I stumbled through a chaotic, increasingly hopeless housing market, I formulated a plot: I could buy an Airstream instead, ditch my apartment and hit the road with my dog and my laptop.

I’d bid adieu to my New York life, which, at that moment, didn’t include much besides working from home, walking in the park and trying like hell to avoid the plague. I was far from alone. #Vanlife exploded on social media. RV sales went through the roof. People who had the means to travel found a way to get out and try something new.

With gas prices hovering a little over two bucks, there was little getting in the way of the fantasy of being untethered.

Now, though, road warriors who fueled an RV renaissance in America are getting hit with record gas prices while living in vehicles that often get 10 miles a gallon or less, my colleague Matt McFarland writes.

But even as the national average hovers around $5 a gallon — more than double what it was in 2020 — Americans don’t appear to be falling out of love with the road.

Unlike some other pandemic-era beneficiaries like Zoom and Peloton, whose fortunes have waxed and waned in lock step with Covid-19, the RV industry is a pandemic winner that is, a bit surprisingly, still thriving:

So, how are road-bound citizens coping?

And then coughing up three figures when it’s time to fill up. One couple whom Matt spoke to said it can cost them close to $900 to fill their 150-gallon diesel tank.

Even with the high gas prices, RVShare, an Airbnb-like rental site, had its biggest day of bookings this year.

Travelers may be eating the extra fuel costs more willingly because, well, everything is more expensive, including airfare and home prices. Filling up right now may be painful, but we can cross our fingers that the days of $2 gas could come around again. Meanwhile, there are mountains to see and wifi hot spots to seek out.

(As for the hound and me, we put #vanlife fantasies on hold. The rest of that story can wait for my memoir…)

When food news breaks, Nightcap’s always-hungry team is all over it. Welcome to snacktime, America.

First up: Kellogg is breaking up

Enjoying Nightcap? Sign up and you’ll get all of this, plus some other funny stuff we liked on the internet, in your inbox every night. (OK, most nights — we believe in a four-day week around here.)