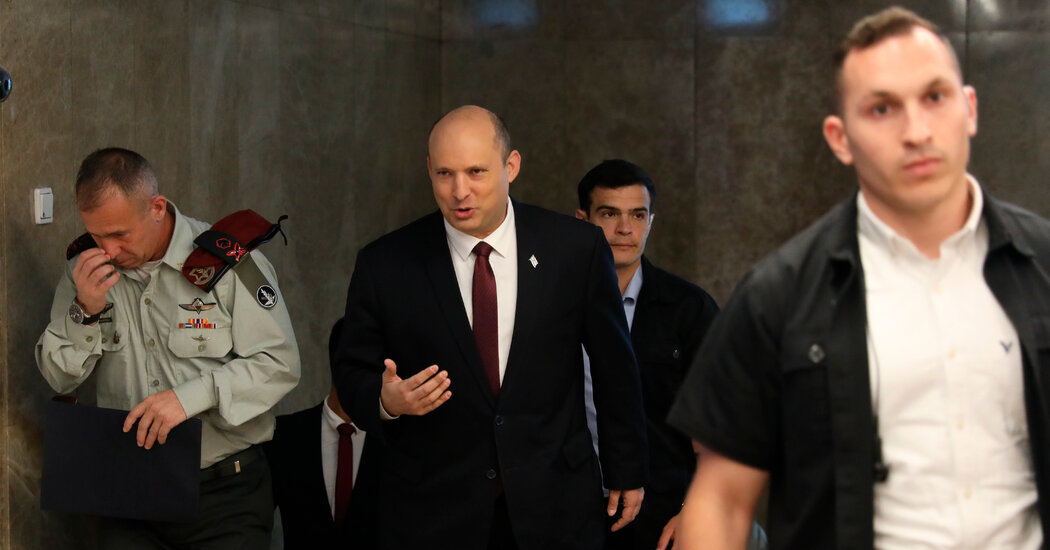 JERUSALEM — Israel’s governing coalition will vote to dissolve Parliament within the next week, bringing down the government and sending the country to a fifth election in three years, the prime minister’s office and two coalition officials said on Monday.

The decision throws a political lifeline to Benjamin Netanyahu, the former prime minister who left office last June upon the formation of the current government, and whose party is currently leading in the polls.

It follows weeks of paralysis caused by the defection of two right-wing government lawmakers and frequent rebellions by three others, removing the coalition’s majority in Parliament and making it hard to govern.

Expected to be held in the fall, the election will be Israel’s fifth since April 2019. It comes at an already tense time for the country, after a rise in Palestinian attacks on Israelis put pressure on the government, and amid an escalation in a shadow war between Israel and Iran.

The terms of the current coalition agreement dictate that in the event that right-wing defections prompt early elections, Yair Lapid, the foreign minister and a centrist former broadcaster, would take over as interim prime minister while Prime Minister Naftali Bennett would step aside. If that agreement is honored, Mr. Lapid will lead the government for at least several months, through the election campaign and the protracted coalition negotiations likely to follow.

The government was fragile to begin with because of the ideological incompatibility of its eight constituent parties — a fractious alliance of right-wing, left-wing, secular, religious and Arab groups that joined forces only last June after four inconclusive elections in two years had left Israel without a state budget or a functional government.

The coalition was cohesive enough to pass a new budget, Israel’s first in more than three years; make key administrative appointments; and deepen Israel’s emerging relationships with key Arab states. But its members clashed regularly over the rights of Israel’s Arab minority, the relationship between religion and state, and settlement policy in the occupied West Bank — clashes that ultimately led two key members to defect, and others to vote against government bills.

The coalition’s members agreed to team up last year only because of a shared desire to oust Mr. Netanyahu, the right-wing former prime minister. Mr. Netanyahu’s refusal to resign despite standing trial for corruption had alienated many of his natural allies on the right, leading some of them to ally with their ideological opponents to remove him from office.

The new election gives another chance to Mr. Netanyahu, allowing him another attempt to win enough votes to form his own majority coalition. But his path back to power is far from clear.

Polls suggest that his party, Likud, will easily be the largest in the next Parliament, but its allies may not have enough seats to let Mr. Netanyahu assemble a parliamentary majority. Some parties may also only agree to work with Likud if Mr. Netanyahu steps down as party leader.

This dynamic may lead to months of protracted coalition negotiations, returning Israel to the stasis it fell into before Mr. Netanyahu’s departure, when his government lacked the cohesion to enact a national budget or fill key positions in the civil service.