Inmates at a Florida county jail helped save a deputy who was assaulted by other inmates, officials say 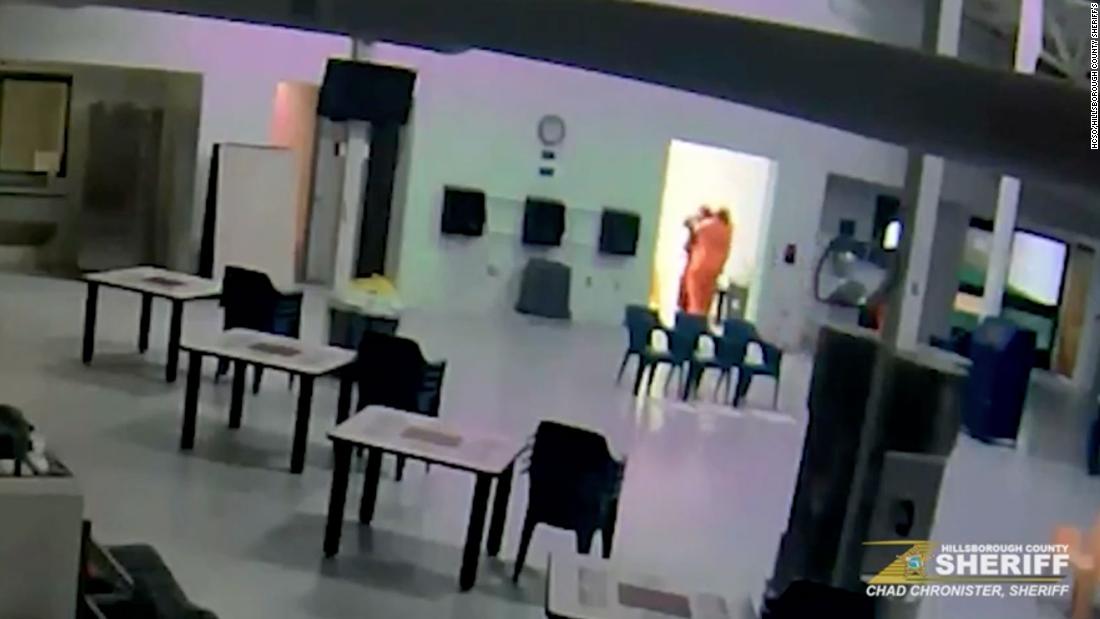 While Jimenez conducted a welfare check on inmate April Colvin, inmate Bridgette Harvey approached the deputy from behind and placed a pillowcase around her neck to choke the deputy, according to a video released by the sheriff’s office.

As the attack unfolded, other inmates ran to help the deputy, the video shows. The inmates removed the pillowcase from Jimenez’s neck and freed her from Harvey’s grip until an Emergency Response Team arrived moments later, police said in the news release.

Jimenez was able to contact the emergency team during the attack, police said, adding that she suffered minor injuries to her neck and throat.

The emergency team placed Harvey in restraints and removed her from the area. She later confessed that she planned the attack, police added. Officials said they found Harvey in possession of “a comb that she had sharpened on both ends with her teeth.”

“While these inmates put our deputy in danger, there were others who did the right thing by coming to her aid, and for that, I am grateful,” Sheriff Chad Chronister said in the release. “Thanks to the quick response of our Emergency Response Team and the inmates who showed compassion to help our deputy, a dire situation turned into the safe rescue of Deputy Jimenez.”

One of the inmates who helped was Mary Jean, her attorney Denitsa Kolev told CNN.

Jean was reading in her room when she “heard a commotion” and ran out to see what was happening. Kolev said Jean “went directly for the woman that was choking the deputy.”

Kolev said that there’s a stigma associated with the people who are behind bars, adding, “This really sheds a light to show that she is a good person, she does the right thing and that we can’t make those types of assumptions just because somebody’s incarcerated.”

CNN reached out to the attorney of Harvey and Colvin.

In addition to Harvey and Colvin, the sheriff’s office said two other inmates were moved into solitary confinement for their roles in the assault. The names of those inmates were not provided.