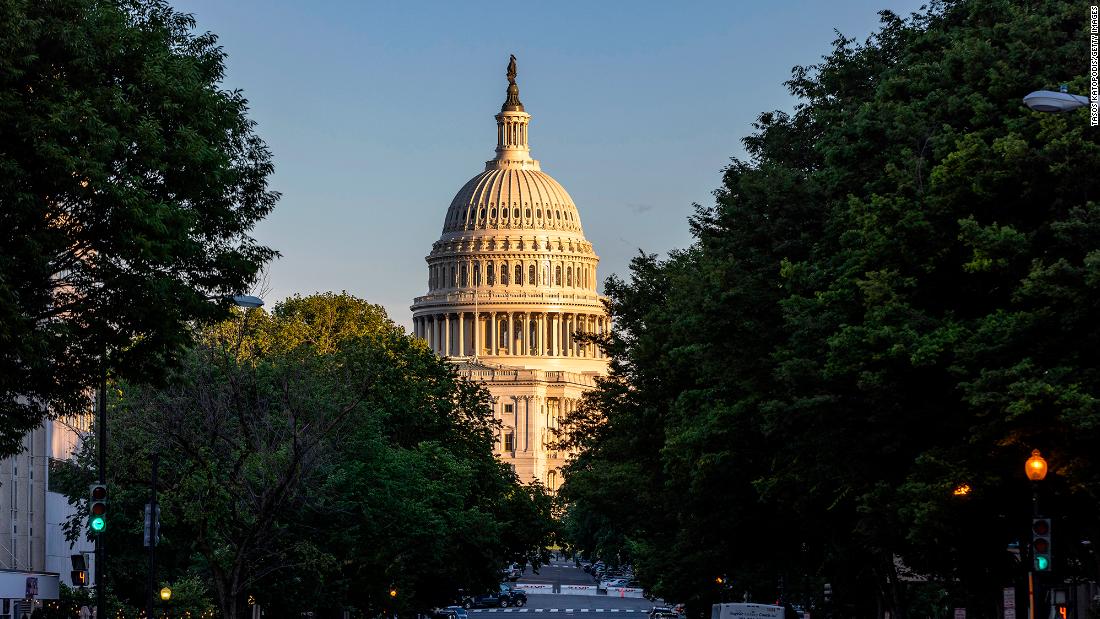 Next week, Google (GOOG) CEO Sundar Pichai will travel to Washington to meet with US lawmakers, two people familiar with the plans said, speaking on condition of anonymity because they were not authorized to discuss the visit publicly.
Pichai’s trip comes after Apple (AAPL) CEO Tim Cook was spotted roaming the Senate last week. (Apple did not respond to questions on Cook’s visit at the time.) It also follows a report by Politico that Amazon (AMZN) CEO Andy Jassy has directly called multiple members of Congress to express opposition to the bill. In a statement, an Amazon spokesperson told CNN that Jassy “meets with policymakers on both sides of the aisle regarding policy issues that could affect our customers.”

Pichai is expected to meet with both Republicans and Democrats, one of the people said, and in addition to antitrust issues, the meetings may also cover a recent bipartisan push to develop digital privacy legislation. Pichai could also face questioning from Republican lawmakers who believe Google discriminates against conservatives, the people said.

“We regularly engage with lawmakers on both sides of the aisle on a range of issues including economic growth, small business support, immigration reform and cybersecurity,” said Jose Castañeda, a Google spokesperson. “We’ll continue to engage on issues relevant to people and businesses using our products.”

The CEOs’ hands-on engagement highlights the stakes of the next few months for the tech industry in Washington.

Congress is considering multiple antitrust bills, beginning with legislation led by Sens. Amy Klobuchar and Chuck Grassley that could erect strict barriers between a tech giant’s various lines of business. The proposal represents a direct challenge to Big Tech’s business models that encourage consumers to use multiple interlocking services owned by the same company.

The tech industry has said the bill would threaten many features and services that consumers have come to depend on and that make their lives easier.

Backers of the bill — the American Innovation and Choice Online Act — have pushed for a Senate floor vote within the next few weeks, and Senate Majority Leader Chuck Schumer is said to be open to bringing the bill to the floor provided it has sufficient support.

Against that backdrop, the tech industry and its allies have sought to peel support away from the bill with a lobbying effort. In the first quarter of 2022, Apple spent $2.5 million on lobbying, a quarterly record for the company. Over the same period, Google spent $3.5 million, Amazon $5.3 million and Meta $5.4 million. Industry groups have spent millions on ads opposing the antitrust legislation.

Heightening the sense of urgency is the fact that Congress is running out of time to act this year. Surging consumer prices, the continuing war in Ukraine and the Jan. 6 hearings have dominated the congressional agenda. Once lawmakers break for August recess, few expect much progress in the fall, when the midterm elections are expected to take precedence. And a potential Republican takeover of Congress could also reshape the legislative landscape for Big Tech.