Election deniers are winning political nominations across the country 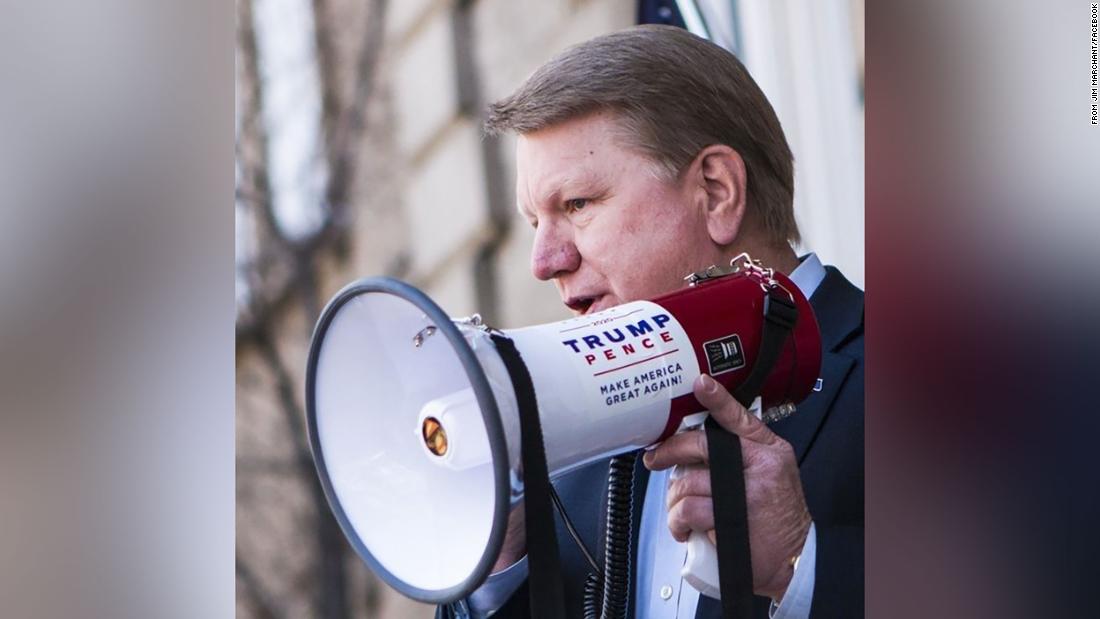 And in New Mexico this week, a GOP-led county commission refused to certify the results of the June 7 primary election in the county, citing concerns about election fraud. The move prompted legal action from Democratic Secretary of State Maggie Toulouse Oliver, who this fall will face a Republican rival who has called the 2020 election that Trump lost a “coup” and has argued that vote-tallying machines manipulate election results.

As a House committee investigating the January 6, 2021, attack on the US Capitol seeks to shed light on the falsehoods that swirled around the last presidential contest, a growing number of midterm results underscore how much deep suspicion of the 2020 election has taken root among Republican primary voters and some of the officials they already have installed in key positions.

“Week by week, the dangers to the integrity of the election system are increasing,” Richard Hasen, an election law expert at the University of California’s law school at Irvine, told CNN on Wednesday.

“It wasn’t just the Marchant victory in the primary, and it’s not just a rogue county board not doing their job to certify election results. It’s also a purge within the party of those voices who have stood up to Trump,” he said, citing the politicians who have dropped out of their reelection bids, were stripped of their GOP leadership posts or lost their seats as the former President has sought revenge. On Tuesday, for example, South Carolina GOP Rep. Tom Rice became the first of the 10 House Republicans who voted for impeachment last year to lose a primary to a Trump-backed opponent.

It’s not a given, by any means, that the election doubters elevated to date will prevail in general elections this fall. In New Mexico, for instance, Oliver won her 2018 election by a landslide.

But the rise of these candidates in state after state — along with the move by commissioners in one New Mexico county to decline to certify the election results — set off fresh alarms among voting rights experts this week.

“We’re in a really dangerous spot right now,” David Becker, executive director of the nonpartisan Center for Election Innovation & Research, said Wednesday. “The pieces of tinder being laid right in front of our eyes.”

Marchant, who has led a coalition of 2022 candidates who insist the 2020 election was rigged, is the latest proponent of election fraud claims to move closer to reshaping the election system in a battleground state crucial to the next presidential election. (The Silver State, won by President Joe Biden by a little more than 2 percentage points in the last election, has seen many Democratic victories in recent years but remains increasingly competitive.)

Marchant, a former state assemblyman, has thrust election doubts into the center of his campaign to become the state’s next election chief, saying on his website that his No. 1 priority would be to “overhaul the fraudulent election system in Nevada.”

After Marchant lost a 2020 bid for the US House to Democratic Rep. Steven Horsford, he brought a lawsuit claiming voter fraud, but it was later dismissed. The candidate has said he would not have certified Biden’s more than 33,500-vote victory in Nevada had he been secretary of state in 2020.
And, more recently, Marchant has lobbied local governments to abandon the use of machines to cast and count votes. He wants to return to hand-counting ballots — a move experts say will cause errors, delays and chaos in future elections.

He will face attorney Cisco Aguilar, who ran unopposed for the Democratic nomination, in the fall.

Marchant did not respond to interview requests Wednesday.

He joins several other Republicans who have sought to cast doubts on the 2020 election and now are closer to overseeing elections in key states themselves.

In Pennsylvania, for instance, state Sen. Doug Mastriano — who played a key role in efforts to overturn Biden’s victory in the Keystone State — is the Republican nominee for governor. The Pennsylvania governor appoints the secretary of state, the person in charge of running the state’s elections.

And in Michigan, delegates to the state GOP convention backed Kristina Karamo’s nomination for secretary of state — a political newcomer who gained attention after the 2020 election when she alleged witnessing fraud as a poll challenger during the counting of absentee ballots.

She also signed on to an unsuccessful US Supreme Court challenge to Biden’s win.

More candidates who are aligned with Trump’s election views are on the ballot in states with upcoming primaries, including Arizona. The state become a breeding ground for election conspiracy theories, exemplified by the widely disparaged 2021 review of the 2.1 million ballots cast in its largest county that, in the end, reaffirmed Biden’s narrow victory in Arizona.

In New Mexico, Oliver has sought and won emergency action from the state Supreme Court to force the Republican-led commission in Otero County to certify the June 7 primary — a step required for the candidates who won last week’s contests to advance to the November ballot.

The commissioners had voted 3-0 on Monday not to certify the results, citing their distrust of Dominion voting machines. On Wednesday, the high court sided with Oliver and ordered the commission to act by Friday, the deadline for counties to sign off on primary election results.

(In a statement Wednesday, a Dominion spokesperson called the county’s action “yet another example of how lies about Dominion have damaged our company and diminished the public’s faith in elections.” The company has filed several defamation lawsuits against people who have spread falsehoods about their machines.)

In all, more than 7,300 voters in Otero County cast ballots in last week’s primary election, according to the secretary of state’s office.

Among the Otero officials voting against certification this week: Commissioner Couy Griffin, a founder of Cowboys for Trump. He was found guilty in March during a bench trial of trespassing on the US Capitol grounds on January 6, 2021, while then-Vice President Mike Pence was there.

Griffin is scheduled to be sentenced later this week. He did not respond to an interview request.

In court filings, Oliver said other New Mexico counties may choose to balk at certifying their results in the days ahead, citing a “statewide attempt to influence other county canvassing boards.”

Alex Curtas, the top spokesman for the secretary of state’s office, said Oliver moved quickly in order to avert a potential broader rebellion.

“One of the biggest concerns is that this will spread to different counties and different states and have this become part of the national trend that we’ve seen since 2020 to deny the election with no proof,” Curtas told CNN earlier Wednesday.

“There are ramifications of this for people’s safety, the potential disenfranchisement of voters and the overall degradation of trust in our system of government and elections.”

This story has been updated with additional developments.