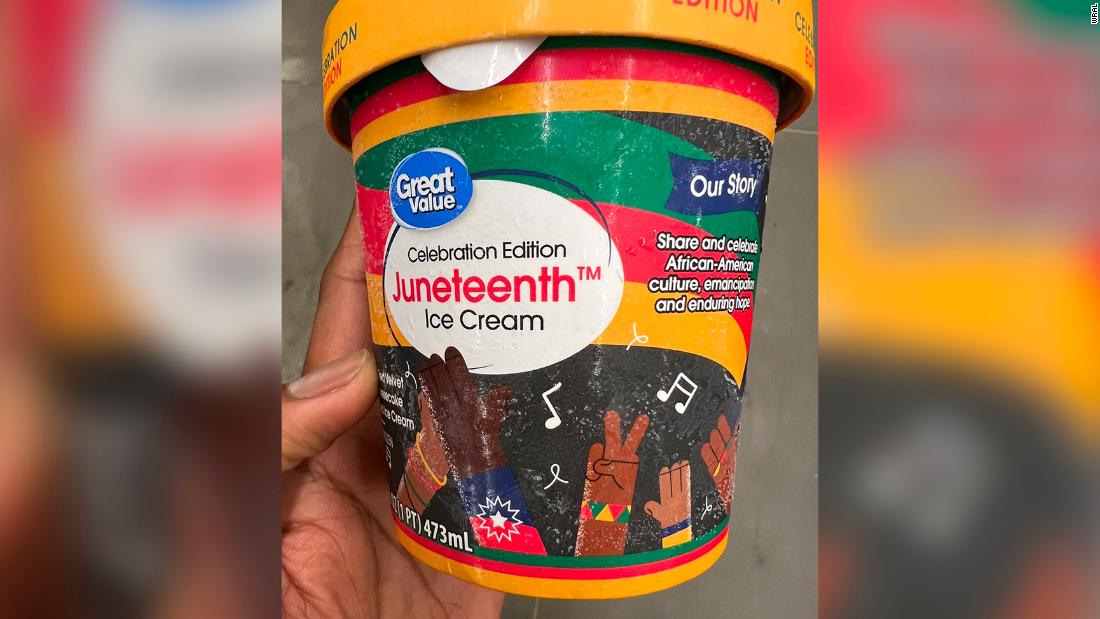 Starks-Richardson, who often took her daughter to the Indianapolis Children’s Museum growing up, said she expected the museum would be more focused on educating the public about Juneteenth — which celebrates the emancipation of enslaved Black Americans — instead of serving themed foods. To make matters worse, she said, watermelon has historically been used as a racist trope against Black Americans.

“People were very offended by it,” said Starks-Richardson, an educator in the Indianapolis area. “Everybody is trying to capitalize off Juneteenth to make money. But we don’t need the food. I want education. I want people to understand the purpose of (Juneteenth).”

The Indianapolis Children’s Museum has since apologized and removed the salad from its food court. In a statement, the museum said it routinely relies on a food vendor to create “thematic menu items” and that the “inappropriate” name and label on the salad was not reviewed by museum staff.
From the Indianapolis Children’s Museum’s watermelon salad to Walmart’s swirled red velvet and cheesecake flavored ice cream to Dollar Tree’s Pan African-themed plates and napkins, inclusion experts say corporations are missing the mark with Juneteenth. By failing to provide any historical context with these items, the companies don’t appear to have considered how they could promote stereotypes or offend Black people, experts say.
Some social justice activists also insist the efforts are more performative than genuine as they don’t address the systemic inequalities that demonstrators marched for in 2020 after the death of George Floyd. Among the issues were police violence against Black people, voting rights and reparations.

Amara Enyia, a public policy expert for the Movement for Black Lives, said the Juneteenth product lines are “tone deaf” and “devoid of any real impact.”

Enyia said companies should be using the Juneteenth holiday to reexamine their hiring and promotion practices to ensure they are being more inclusive of Black applicants and employees.

“What people are demanding is not a new ice cream flavor or a new salad or any other symbolic gesture that really is just about generating profit from a commercialized holiday,” Enyia said. “What Black folks have demanded are structural and systemic changes to the systems in this country that have been harmful and oppressive.”

Some experts say the Juneteenth-themed foods and products show corporations are suddenly trying to commercialize a holiday that Black Americans have celebrated since June 19, 1865, when Union Major General Gordon Granger announced the end of slavery in Galveston, Texas, in accordance with President Abraham Lincoln’s 1863 Emancipation Proclamation.

Across the US, Black families who honor the holiday traditionally host cookouts, music festivals, prayer services and rodeo events. Some also indulge in red food and drink, which represents the blood shed during enslavement.

Stephanie Leonard, an assistant professor of management at Howard University who specializes in workplace diversity, equity and inclusion, said corporations should not be profiting off the culture of marginalized groups — especially when they don’t have a track record of supporting and being inclusive of those communities.

Corporations, she said, can be more thoughtful in how they honor Juneteenth by doing more research and appointing a Black-led committee that is invested in educating the public about the holiday. She called it “tokenism” when companies rely solely on one or two Black employees to decide how Juneteenth should be marked.

“It’s tough for organizations to put forth an ice cream or watermelon salad without having done the prior work,” Leonard said. “Because it just comes off as performative, as a last-ditch effort. It does not come off as this organization values its Black employees or values its Black customers.”

One critic accused Walmart of capitalizing off Black culture and said the retailer can better honor Juneteenth by promoting products by Black-owned brands.
Walmart later apologized for the ice cream and removed it from the shelves.

“Juneteenth holiday marks a celebration of freedom and independence,” a Walmart spokesperson said in a statement. “However, we received feedback that a few items caused concern for some of our customers and we sincerely apologize. We are reviewing our assortment and will remove items as appropriate.”

Dollar Tree also faced criticism on social media when it shared a post about a Juneteenth product line that included plates, cups and napkins in Pan African colors with the words “Celebrate Freedom.”

Lauren Tucker, an inclusive leadership consultant, said major corporations are not giving Juneteenth the thought, research and care it deserves. Tucker compared the products to companies simply “checking a box” that says they recognized the holiday.

“These are meaningful in terms of articulating both the pain and suffering (of Black Americans) but also the celebration of freedom,” Tucker said. “And without contextualizing these foods, by the context, the history, you are just perpetuating more pain, more frustration and signifying that you don’t really understand or care about the history.”

Tucker said companies should look to bring in independent consultants, research Juneteenth, and survey their customer base before putting out products for a culturally significant holiday such as Juneteenth.

“We need to start taking our history much more seriously in the marketing and business community and provide a platform for people to understand what these events mean to us as Americans,” Tucker said.