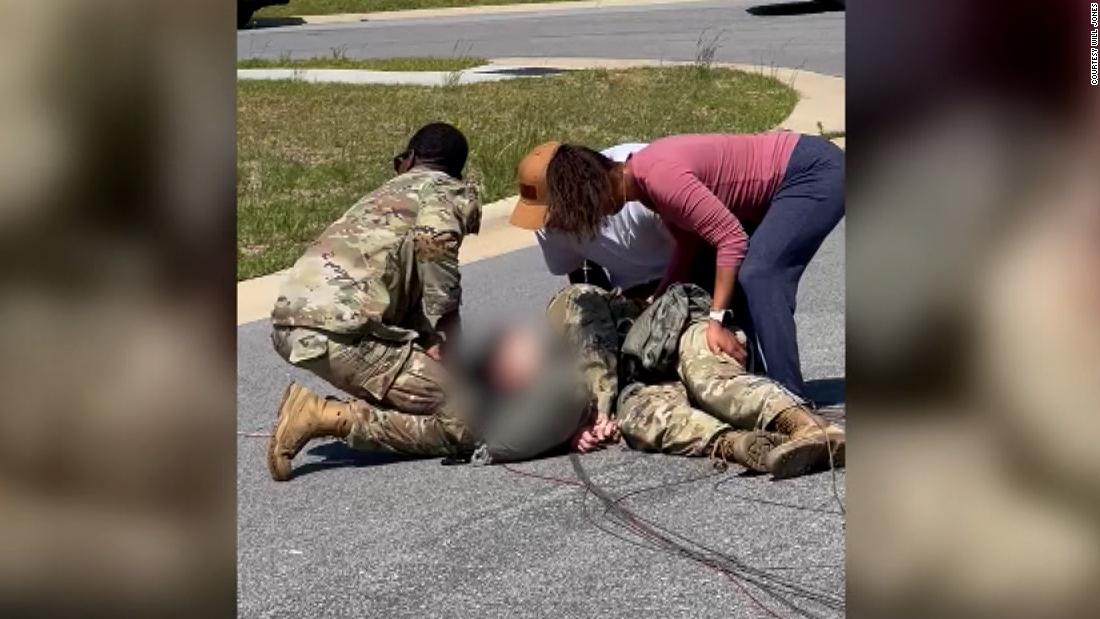 Members of the neighborhood in Hoke County in the southern part of the state came to aid the soldiers, one of whom hit the roof of a house.

One paratrooper was hospitalized in critical but stable condition, said Army Maj. Rick Dickinson, a spokesperson for Fort Bragg. The other soldier was treated at the scene for minor injuries.

Will Jones, who lives in the area, told CNN he was driving home from work when he noticed the paratroopers jumping that day, something common in the area.

“In the blink of an eye I didn’t see him,” Jones said, “That’s when I drove to the next street over and saw him in the middle of the street, bleeding with his parachute out.”

People rushed to the soldier’s aid and helped support his neck.

One of the good Samaritans spoke to CNN affiliate WRAL but did not want to be identified.

“When I got there, there was another soldier there, and we were just kind of keeping him on his side. But you could hear he was struggling to breathe,” the unidentified woman said.

The Army applauded the people who helped.

“We want to extend our gratitude to the local authorities and members of the community who immediately responded to provide assistance,” Dickinson said.

The owner of the A-frame house where one of the soldiers landed, Albertina McClain, told CNN she is still in the process of moving into the house, so she wasn’t there when the incident occurred but heard about what happened from her brother-in-law who stopped by the house to inspect the damage.

According to McClain, the roof was damaged and shingles and bolts were loosened, but McClain said her only concern is the well-being of the paratrooper.

She said she was shocked a paratrooper landed on the roof.

“I’ve never heard of someone flying into a home before,” she added.

The incident happened in Raeford, according to WRAL, which is about 8 miles from a drop zone in the area. Both soldiers are members of the 3rd Special Forces Group (Airborne), Dickinson said.

The incident is still under investigation and training was temporarily suspended.