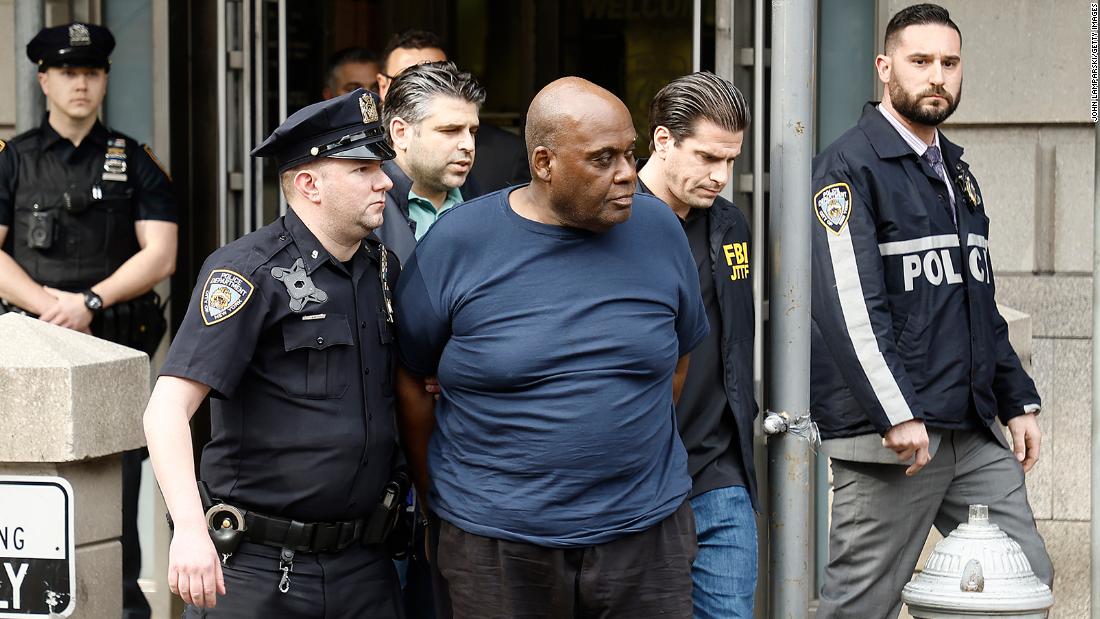 James, 62, is accused of setting off smoke grenades and firing a handgun 33 times on a crowded N train traveling toward the 36th Street station in Brooklyn’s Sunset Park neighborhood on April 12. The attack left 29 people injured, including 10 who were shot, officials said.

At James’ arraignment Friday, US District Judge William Kuntz read from the indictment charging James with one count of a terrorist attack and other violence against a mass transportation system, and one count of discharging a firearm during a crime of violence.

When asked how he would plead, James answered, “not guilty” to both counts.

James, wearing a tan jail uniform and a blue mask, said he was “pretty good” when questioned by Kuntz, who also asked him about his educational background. James said he was born in the Bronx and listed off several schools he attended there.

“I have a GED,” James said in court. “I have some certificates from various trade schools.”

James has a lengthy criminal history and had talked about violence and mass shootings in videos posted on YouTube, including one uploaded days before the shooting.
The suspect was known to New York City authorities before Tuesday’s attack. He has nine prior arrests in the city dating from 1992 to 1998 for offenses including possession of burglary tools, a criminal sex act and theft of service, NYPD Chief of Detectives James Essig said.

Prosecutors asked for James to remain detained until his trial, and James’ attorney, Mia Eisner-Grynberg, said she would not enter a bail application at this time.

Grynberg had no further comment when contacted by CNN.