Analysis: A majority of Americans back abortion rights, but the support may be smaller than you think 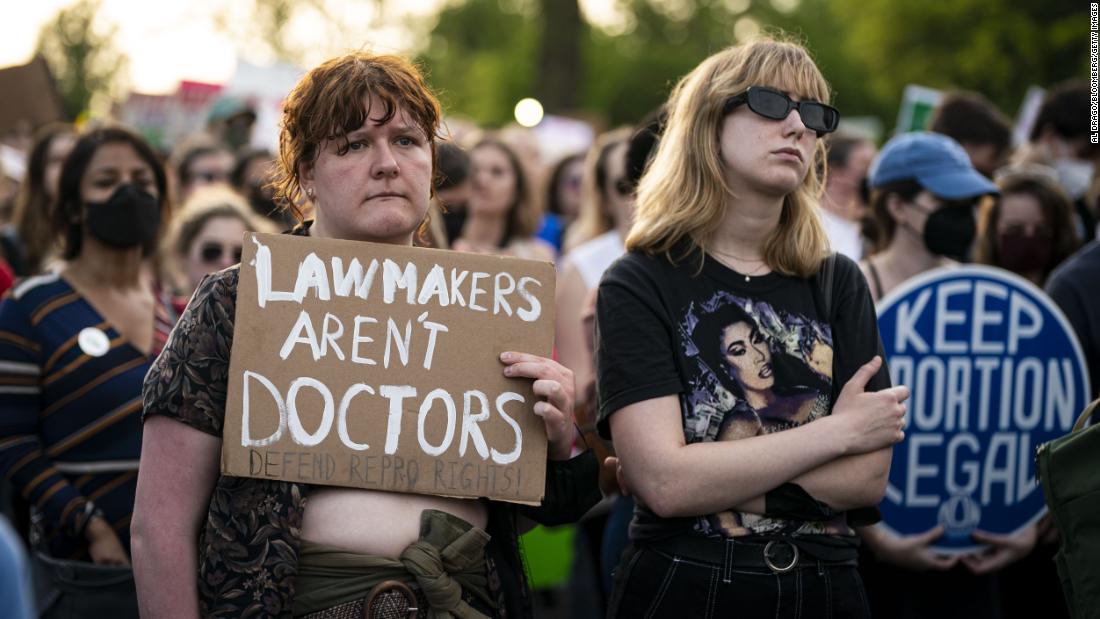 Issue polling in general is tricky, and the issue of abortion rights is particularly hard to poll. While it does seem that more Americans want the procedure to be legal than not, people on all sides of the issue can find something they like in the polling on abortion.

A few months ago, Lydia Saad at Gallup did a great roundup of how Americans responded to the different ways questions about the legality of abortion have been asked. She counted nearly 20 ways and found anywhere from massive support for abortion rights (north of 80% for abortions to save the life of the mother) to massive opposition (only about 10% were in favor of legal third-trimester abortions).

But when it came to the questions that most mirror our current abortion debate, support usually nominally outruns opposition.

On whether Roe v. Wade, the landmark 1973 Supreme Court decision that legalized abortion nationwide, should be completely overturned, CNN’s most recent poll conducted by SSRS showed that 66% did not want it to be overturned. This closely matches a recent CBS News/YouGov poll, which indicated that 64% of Americans want to keep Roe v. Wade as is.

Roe v. Wade, among other things, gave women the unimpeded constitutional right to an abortion in the first trimester. Perhaps not surprisingly, somewhere around 60% of Americans are in favor of keeping first-trimester abortions legal.

It depends on the question

From there, support for abortion rights declines.

When asked whether they want abortion to be always legal, mostly legal, mostly illegal or always illegal, a split public emerges. An AP-NORC poll from last year that 23% thought abortion should always be legal, 33% said it should mostly be legal, 30% said mostly illegal and 13% believed it should always be illegal. (The results line up with the long-term average percentages on this question.)

What these findings tell is that few Americans want abortion to always be legal and even fewer want it to be always illegal. Instead, the abortion debate comes down to coalitions.

Here, Gallup has consistently found a near even split. Last year, it was 49% pro-choice to 47% pro-life, a result well within the margin of error.
In terms of specific time frames, support for abortion rights drops after the first trimester. A recent Wall Street Journal poll found that slightly more Americans (48%) were in favor an abortion ban after 15 weeks than not (43%), if there were exceptions for the life of the mother. This is in line with previous AP-NORC polling showing that only 34% think abortion in the second trimester should be always or usually legal.

When you see these different results, you get to understand why surveys on Americans’ opinions of abortion often raise more questions than they answer.

Where the voters are

That said, the ballot box does offer some clues about the questions we should focus on to understand where American voters are.

Since 2018, there have been five ballot measures (Alabama, Colorado, Louisiana, Oregon and West Virginia) that sought to limit abortion rights. Not all of them had the same wording, though the results were basically what you’d expect, given the politics of each state.

Alabama, Louisiana and West Virginia voted in favor of limiting rights, while Colorado and Oregon went in the other direction.

More interestingly, the results of those ballot measures matched up very well with the percentage of people in those states who think abortion should be always or mostly legal.

The only real outlier was West Virginia, where a surprisingly low 52% of voters cast a ballot against a constitutional right to an abortion. Polling in this very red state has generally indicated more opposition to abortion rights.

Remember, more Americans believe abortion should usually or always be legal than not, so on this key question, it’s fair to say the pro-abortion rights coalition is bigger than the anti-abortion one.

Of course, this isn’t the case in every state. Although the polling is close, there are about 15 states where more residents than not think abortion should be always or mostly illegal.

And if Roe v. Wade does get overturned, it’ll ultimately be this state-level polling that matters most.