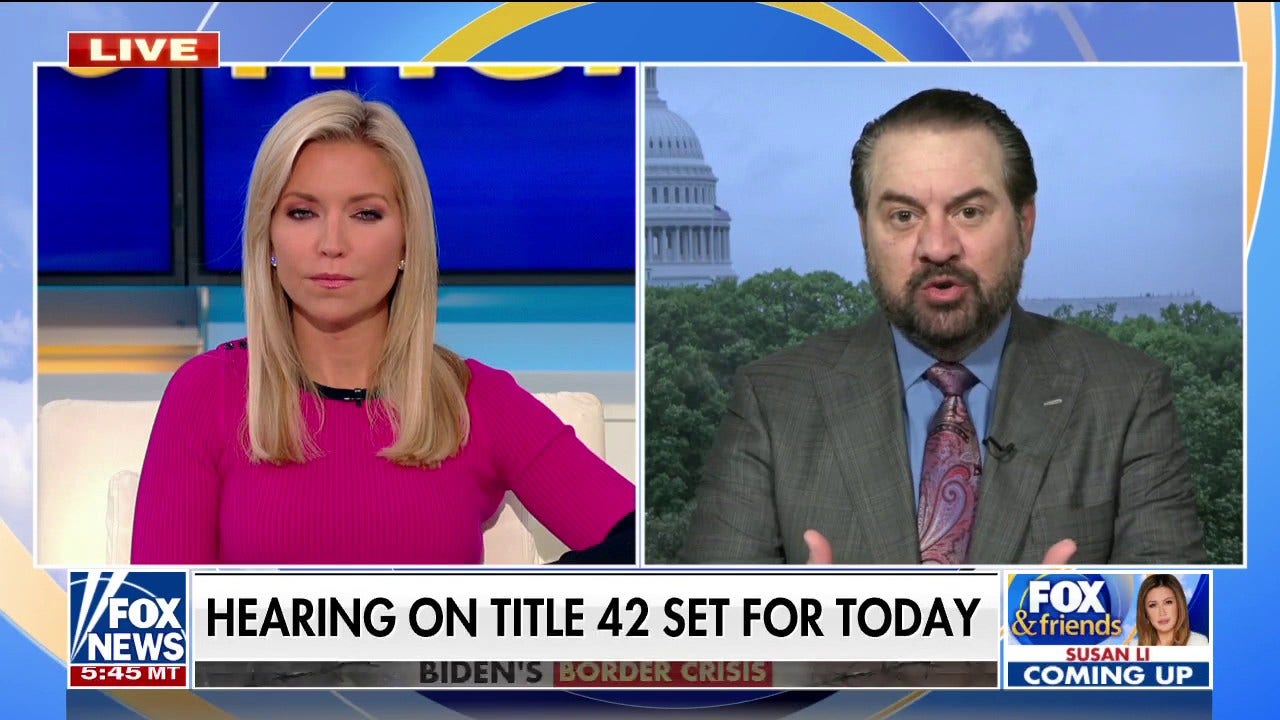 Arizona Attorney General Mark Brnovich argued on “Fox & Friends” Friday that the Biden administration’s border policies are reckless and inconsistent with federal law and expressed confidence ahead of a federal hearing on his state’s challenge to keep Title 42 in place.

MARK BRNOVICH: I’m very proud to lead this effort. Our lawyers will be arguing in front of them. I learned a long time ago not to predict what a judge will do, but the fact that he was willing to issue a temporary restraining order and tell the Biden administration to stop and pump the brakes is a good sign that he’s inclined to rule in our favor. As I said, you can’t guarantee anything, but we’re doing everything we can to personally argue in federal court today that what the Biden administration is doing is not only reckless, but it’s inconsistent with federal law and therefore Title 42 has to remain in place. Otherwise, we are setting up the southwest border for the greatest invasion since the Alamo.

WATCH THE FULL VIDEO BELOW: