Greg Gutfeld: ‘Groomer’ is the right’s answer to ‘racist’ 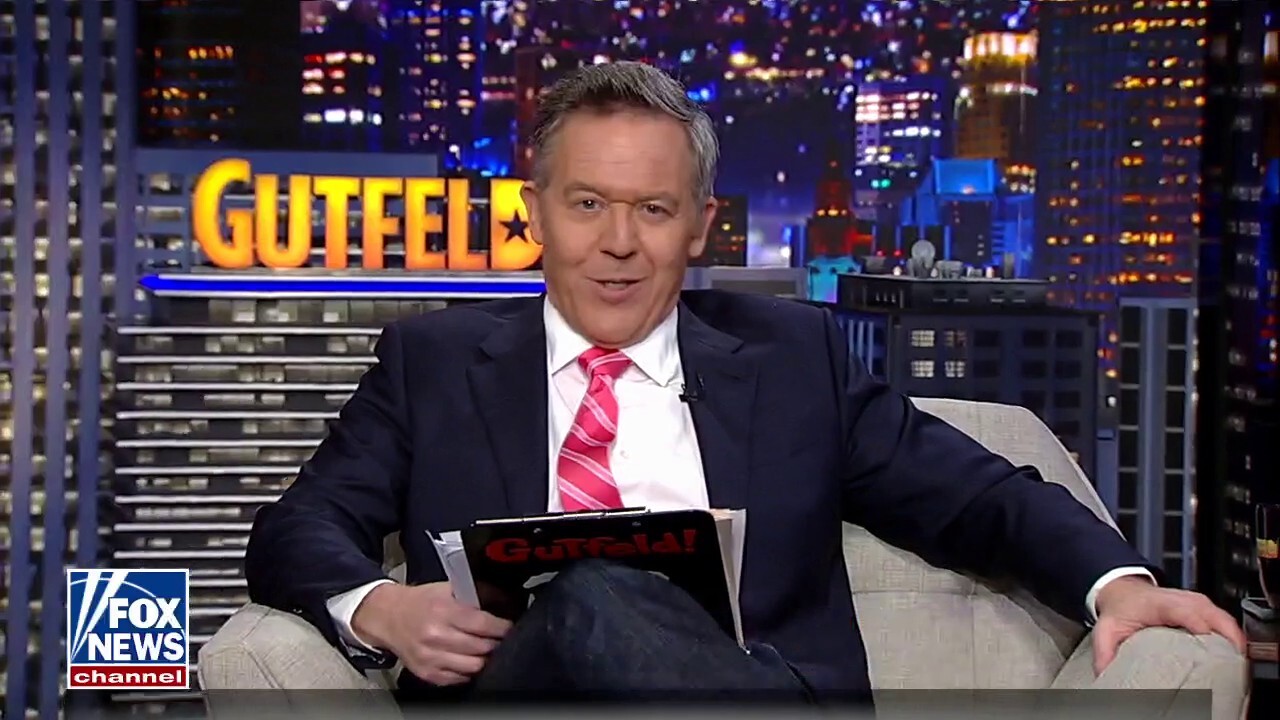 So a few days ago, we played tape of the incoming White House press secretary calling all of us racists. Roll it, Clarice.

So true. Now this – This should upset me. I mean, what did I ever do to her? Well, other than oppress her by my very existence, since I’m a middle-aged white guy – middle-aged.

But we’ve never even met. I don’t even know where she lives. Unlike the Supreme Court justices. By the way, I’m mowing Brett Kavanaugh’s lawn on Saturday. He pays me in beer.

But once she becomes press secretary and is asked if she still thinks Fox News is racist, will she have an answer ready?

GREG GUTFELD: SOCIAL MEDIA USE CAN BE LIKE A BAD SMOKING HABIT

Will it be an honest one like, “hey, that was just TV?” Or will she dance around it like Liz Warren does at a bonfire to celebrate the end of winter?

For a hint, let’s take a look at a past Democratic debate featuring old Joe when he still had a working brain in control of his bowels and his now vice president before she was in hiding like a serial killer on the run.

KAMALA HARRIS: It was hurtful to hear you talk about the reputations of two United States senators who built their reputations and career on the segregation of race in this country.

You also worked with them to oppose bussing. And, you know, there was a little girl in California who was part of the second class to integrate her public schools, and she was bussed to school every day. And that little girl was me.

I didn’t see that coming. Harris Calling Biden a racist. It was her only memorable debate moment besides getting crushed by Tulsi Gabbard. But did she mean it? She seemed so sincere and it’s hard for her to seem sincere. Kat’s hair is less fake, but she looked him in the eye and she twisted the knife into that old white racist. You could feel it, but could she feel it? Did she mean it? It’s quite an accusation, so I hope she took it seriously.

KAMALA HARRIS: It was a debate.

STEPHEN COLBERT: Not everybody landed punches like you did, though.

KAMALA HARRIS: It was a debate

STEPHEN COLBERT: So you don’t mean it?

KAMALA HARRIS: It was a debate. The whole reason – literally it was in debate. It was called a debate.

KAMALA HARRIS: There were journalists there covering the debate.

It was a debate. I happen to think Colbert had her on because he heard she’ll laugh at anything, including him.

But you get it. Calling Biden racist was purely a theatrical device. You know, like a gun on the set of an Alec Baldwin movie. Nothing will go wrong. To her, it’s totally acceptable during a televised debate. Whether it’s true or not, it’s okay to smear someone as racist if they make you the second most powerful person in the world. After Dr. Jill. She’s got the prescription pads. She’s a doctor.

It’s the political equivalent of slamming a folding chair over the back of a competitor in pro-wrestling. It looks devastating, but it’s just part of the game. Except in politics, it can ruin you. With Harris, the chair’s real, but the personality is still phony.

So, what does that example tell you? Well, if Jean-

Pierre is ever asked by our very own dumb S.O.B., Peter Doocy if she thinks he’s racist, she’ll likely say “that was in the past. Peter, let’s move on to real issues,” which will reveal how little these flacks take their own opinions seriously. It’s like if one of your friends started a rumor that you beat your wife and then said, “Hey, lighten up, just a joke.”

But here, calling people racist is a good career path. It’s quite a racket, claiming everything is racist to get a really good job. I believe we’re leading the world in really successful, oppressed people.

So how many people who use the word racist are actually seriously thinking about it at the time? Has anyone ever responded to them? Hey, could you please give a specific example of my racism and don’t bring up slavery and Jim Crow? Unlike Joe Biden or Davy Crockett, I wasn’t born then.

My guess is they’ll be quieter than the set of “Who’s Talking to Chris Wallace.” Just gonna stew in that.

So now the word racist is meaningless because the people throwing it around made it meaningless. It’s the semantic equivalent of the Fed printing too much money. The more they put it out there, the less value it has.

Remember when white supremacists used to mean KKK? Now it’s Larry Elder. And what happens when you end up running into someone you smeared as a bigot? Well, just like me interviewing a naked NBA player. It could get awkward. The height is a problem.

STAFFER 1: Hi. I will have the cruelty-free potato chips, an extra-vegan milkshake and a side of the free-range kale.

STAFFER 2: Yeah. Hey, Deb, you don’t remember me? You told H.R. that I was racist in that Zoom call.

STAFFER 1: It doesn’t count. Zoom is not real.

STAFFER 2: I was in line for a big promotion.

STAFFER 2: You know what? You ruined my career. Take your chips.

STAFFER 1: I’m not paying for these because these potatoes were grown on indigenous land. See you later. Racist.

STAFFER 3: Wow. Deb, that was amazing. Congratulations. We’re making you vice president of the company.

STAFFER 3: Thank you for holding me accountable. Appreciate your time.

Meanwhile, the right once again learned from the left and found their own smear to drive them nuts.

What came from the Disney controversy in Florida? One word, “groomer.”

Before that, I always thought a groomer was the guy who did my bikini wax. Shout out to Julio. But now every lefty is a groomer because it’s a mirror of what the Dems did with racist or do.

Everyone who owned their own island and named their private plane “The Lolita Express” is – okay, that’s a bad example, but you get it.

Groomer is the right’s answer to racists. You call us bigots, we call you a groomer. But it’s going to get hard for the left to figure out who is left to call racist. Meanwhile, real racists get off scot-free.

So ultimately, what should you do when you end up running into somebody who labeled you a bigot? Well, you sure as hell shouldn’t reward them by making a vice president. That would be stupid. That would be very stupid, you groomer.