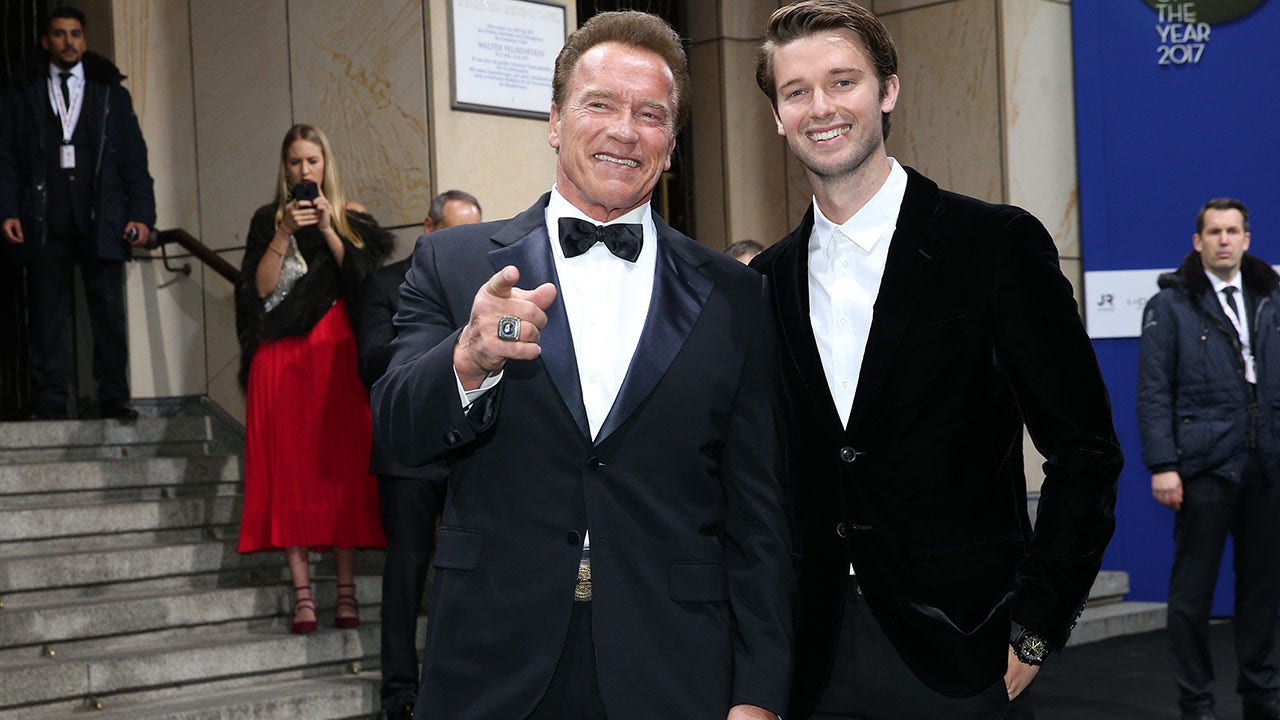 In an interview with Insider, Patrick shared that his dad has been supportive of his new role and claimed he didn’t turn to “The Terminator” star for any career advice.

“A lot of sons go to their father for advice with anything. I definitely go to him like that, but I didn’t go to him for this specific character,” Patrick told the outlet.

Patrick, 28, claims Arnold was a fan of the true-crime series that inspired the HBO Max adaptation before he knew his son was set to be cast.

“He had watched the miniseries, and he was obsessed with it as well once he found out that I got cast in this,” Patrick said.

Patrick plays Todd Peterson, the son of novelist Michael Peterson, who is played by Colin Firth, in the true-crime drama.

Later in the interview, Patrick praised the show’s director, Antonio Campos, for how he helped the actors prepare for their roles.

“Antonio Campos was with the story for like, 10 years. He was such a treasure chest of information. He had so much uncut footage from the documentary to pull from and interviews to read, and he was almost a one-stop shop of information,” he said.

The HBO Max adaption is partly inspired by the true-crime documentary about Kathleen Petersen’s murder. Her husband, Michael Petersen, turned himself in and was sentenced to life in prison in 2003.