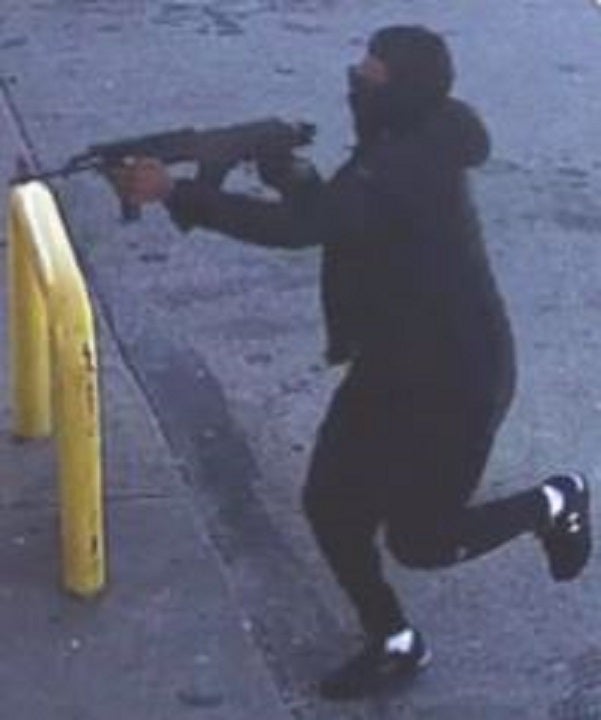 Philadelphia police are searching for two gunmen in connection with a broad daylight ambush shooting at a gas station that left a 30-year-old father dead.

Brandon Dixon was at the Liberty gas station around 2 p.m. Monday when a red vehicle pulled into the station and two suspects got  out and began firing as customers were near gas pumps, according to surveillance footage. One appeared to be armed with a handgun while the other appeared to be holding a rifle.

Other footage obtained by Fox Philadelphia showed Dixon standing at a pump when the sedan pulled up and the men opened fire. Dixon tried to run from the gunfire.

He was struck and taken to Albert Einstein Hospital where he died, the Philadelphia Police Department said. The suspects were in a red 2009 Mazda 3 sedan with New Jersey license plates.

After firing several rounds, the pair got back into the vehicle and fled. No arrests have been made and no weapons were recovered.

Dixon’s mother, Lisa, told the news outlet her son was a loving father with a 5-year-old daughter.

“I don’t know who’s raising these children, but they don’t care. They have no empathy,” she said. “They have nothing in them. They don’t care and they took my baby’s life.”