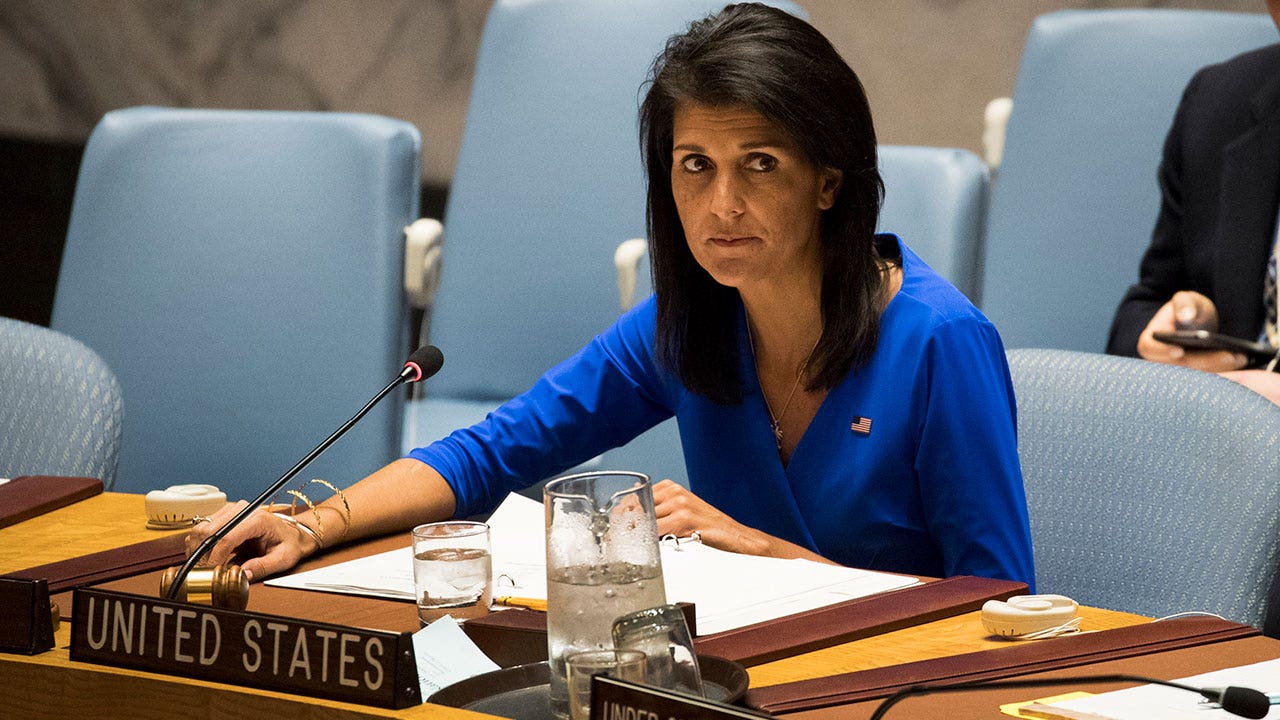 The HRC held a special session Thursday to address Ukraine’s allegations that Russian troops had committed atrocities against civilians during their withdrawal from around Kyiv. The organization voted 33-2 in favor of opening an investigation, with China and Eritrea voting against the measure and 12 nations abstaining.

“Russia has been one of the world’s worst human rights abusers for decades, and the U.N. Human Rights Council has routinely ignored their atrocities,” Haley told Fox. “I’m skeptical that the HRC (will) finally wake up to Russian crimes, but if it does, I’ll say ‘better late than never.'”

The allegations center on the town of Bucha, where withdrawing Russian troops are alleged to have killed up to 400 civilians, forcing others to dig mass graves.

WARNING, GRAPHIC IMAGE: Bodies dug out of a mass grave in Bucha, Ukraine.
(Courtesy of the office of Sen. Steve Daines.)

A Ukrainian serviceman walks amid destroyed Russian tanks in Bucha on the outskirts of Kyiv, Ukraine.
(AP/Felipe Dana)

A neighbor comforts Natalya, whose husband and nephew were killed by Russian forces, as she cries in her garden in Bucha, Ukraine, April 4, 2022.
(AP Photo/Vadim Ghirda)

Russia was voted off the HRC in early April following reports of the atrocities, and the Czech Republic now holds what was Moscow’s seat. Haley praised the move at the time, saying China, Cuba and Venezuela should also lose their seats.

“Today’s U.N. vote kicking Russia off the U.N. Human Rights Council is the right thing to do,” Haley told Fox Digital at the time. “When you give war criminals a seat at the table, the council loses all credibility.”

The U.S., U.K. and other NATO allies have all denounced Russian President Vladimir Putin as a war criminal in recent months. President Biden called for Putin to face a war crime trial in early April.

“This guy is brutal. What is happening in Bucha is outrageous and everyone has seen it — I think it is a war crime,” Biden said, adding the U.S. needs to “get all the detail so this can be an actual war crime trial.”

Russia’s deputy ambassador Gennady Kuzmin dismissed the allegations against the Russian military at the time.

“What we’re seeing today is an attempt by the United States to maintain its dominant position and total control,” Kuzmin said April 7. “We reject the untruthful allegations against us, based on staged events and widely circulated fakes.”