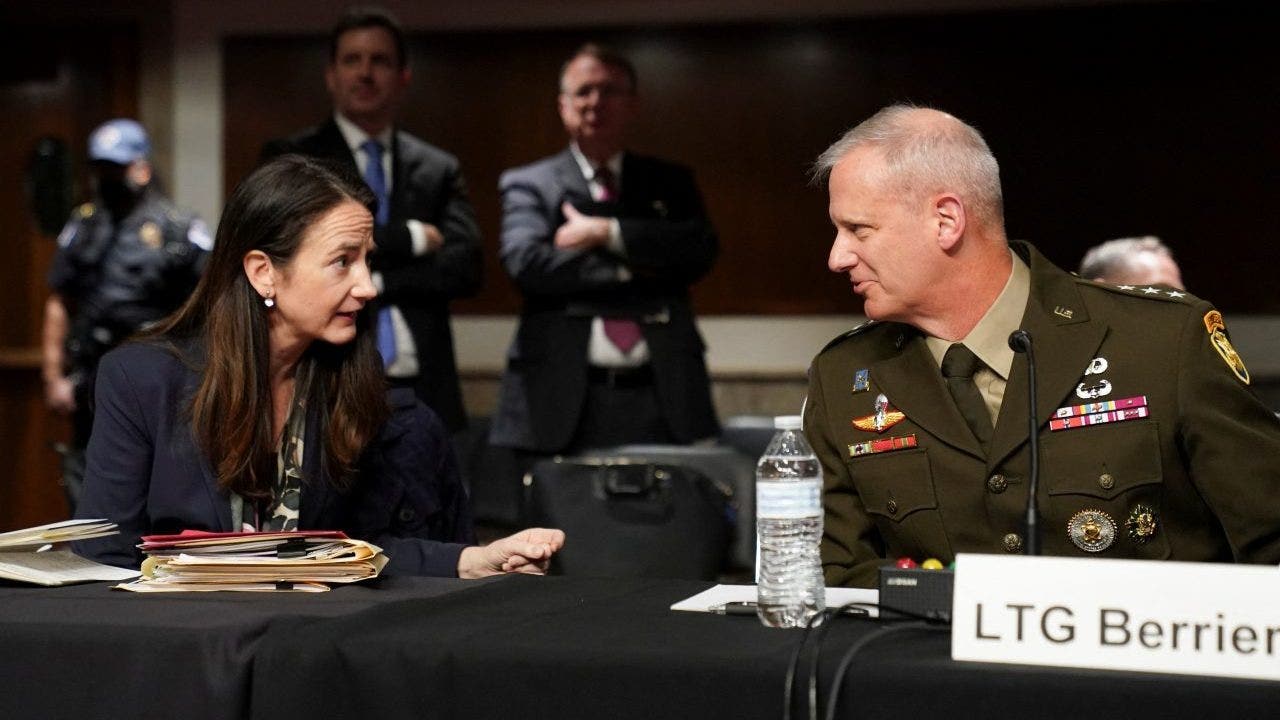 It was called the “Worldwide Threats” hearing on Capitol Hill.

With an homage to the 1963 comedy starring Milton Berle, Buddy Hackett and Ethel Merman, a better title for the hearing may have been “It’s a Bad, Bad, Bad, Bad World.”

But one thing was clear from the hearing. Two countries represent two major flashpoints: Ukraine and Taiwan.

Haines and Berrier explained the problems facing these two nations as one hot war rages and the potential for another one simmers. Haines cautioned that China is willing to seize Taiwan militarily. She says Taiwan is entering a critical period between now and 2030.

“Whatever lessons China learns coming out of the Russia-Ukraine crisis might affect that timeline,” said Haines. “Taiwan’s capabilities, other decisions that will have to be made between now and then, that will affect the timeline.”

President Biden is clear that the U.S. harbors no plans for the U.S. to fight Russia in Ukraine. But this is a war. Things evolve and change. And that’s why intelligence experts believe that Russian leader Vladimir Putin is settling in for a protracted conflict.

Haines told senators that Putin believes Russia can “endure challenges” for a greater period. Moreover, she observed that part of Putin’s strategy is to patiently wait for reverberations from the war away from the battlefield. Haines said Putin is essentially “counting on U.S. and E.U resolve to weaken as food shortages, inflation and energy prices get worse.”

That’s what prompts a “more unpredictable and potentially escalatory trajectory” in the conflict as the war extends its tentacles beyond physical borders.

This is why there is lingering concern that something could unfold, drawing the U.S. closer to the battlefield. That has consequences for Taiwan.

“Do you worry that Beijing might see an opportunity to invade Taiwan in the very near future, should the United States get drawn into an actual conflict, a kinetic conflict with Russia?,” Sen. Josh Hawley, R-Mo., asked.

“China would see that as a window to open, to take advantage of that,” Berrier replied.

CHINA ACCUSES US, TAIWAN OFFICIALS OF ‘PLAYING WITH FIRE’ WITH UKRAINE COMPARISONS

In other words, from a geopolitical standpoint, an impasse could be the worst scenario.

But at least one GOP senator is concerned that these drop-ins are provocative.

“What is our intelligence community doing to lessen the risk of a high-ranking official? How are we protecting these people going to Ukraine?” Sen. Tommy Tuberville, R-Ala, asked.

Berrier told Tuberville that conversation was best conducted in a “closed session.”

“We’re kind of poking the bear here,” Tuberville said. “It looks like to me that we’re taking too many chances of sending people over there for a photo op other than doing the right things.”

Tuberville characterized these visits as “bragging” by the U.S.

But there are other “swagger” issues.

There are concerns that the U.S. publicly boasted about how much intelligence it shared with Ukraine.

“It is irresponsible. It’s very risky. It’s dangerous when people talk too much, whether it’s leaking in private or talking about specific intelligence issues,” Burns said at a forum hosted by the Financial Times.

“The assessment was that Ukraine would be overrun in a matter of weeks. That was grossly wrong,” King sad at the hearing.

“I think the intelligence community did a great job on this issue,” said Berrier.

“General, how you can possibly say that when we were told explicitly that Kyiv would fall in three days and Ukraine would fall in two weeks?” an incredulous King asked, his voice rising. “You’re telling me that was accurate intelligence?”

“We were really focused on the Russian forces at the time,” Berrier said.

“We were wrong about that, too, weren’t we? We overestimated the Russians,” King replied. “If you don’t concede there was a problem on this, then we’ve got a problem.”

In short, the U.S. is only as good as its intelligence.

Which brings us to the most apocalyptic scenario of them all. Haines told senators that Moscow would only fire a tactical nuclear weapon at Ukraine if it faced an existential threat. With a caveat.

“With tensions this high, there is always an enhanced potential for miscalculation. Unintended escalation,” said Haines.

Even so, the U.S. is committing itself more and more to the conflict in Ukraine.

Ukrainian Ambassador to Washington Oksana Markarova lunched with both Democratic and Republican senators on Tuesday, making her pitch for another wave of military and humanitarian assistance. President Biden requested $33 billion in aid late last month. House appropriators beefed up that package to nearly $40 million. Included in the bill was money for the U.S. to reload its weapons stockpile. After all, the U.S. military sent multiple missiles to Ukraine, dwindling the supply here. The House put the $40 billion Ukraine aid bill on the floor for a vote Tuesday night.

“Talk is cheap. This victory for democracy is not,” said House Majority Leader Steny Hoyer, D-Md. “Let us not let Putin achieve a victory over democracy and liberty and freedom.”

“You want to have a debate on the floor of the people’s House instead of the garbage of getting a $40 billion bill at 3 in the afternoon,” Roy yelled on the floor. “We’ve got $40 billion that is unpaid for. And you want to sit here and lecture this body about what we’re going to do, or not do, about standing alongside Ukraine.”

The Senate is now trying to figure out how to pass the Ukraine package. Senate Minority Leader Mitch McConnell, R-Ky., announced that the Senate needed to act “today.”

This is just the second major wave of funding from Washington for Ukraine. Fox is told to expect another appropriation later this summer or fall depending on how the war goes. And there are whispers about what the U.S. and international community must do to rebuild Ukraine once the war is over. That could cost hundreds of billions if not trillions.

But the end of the conflict is a long way off. The longer it drags on, the greater the chance for global bedlam. Be it in the European energy markets, food shortages — or what China decides to do in the coming months about Taiwan.