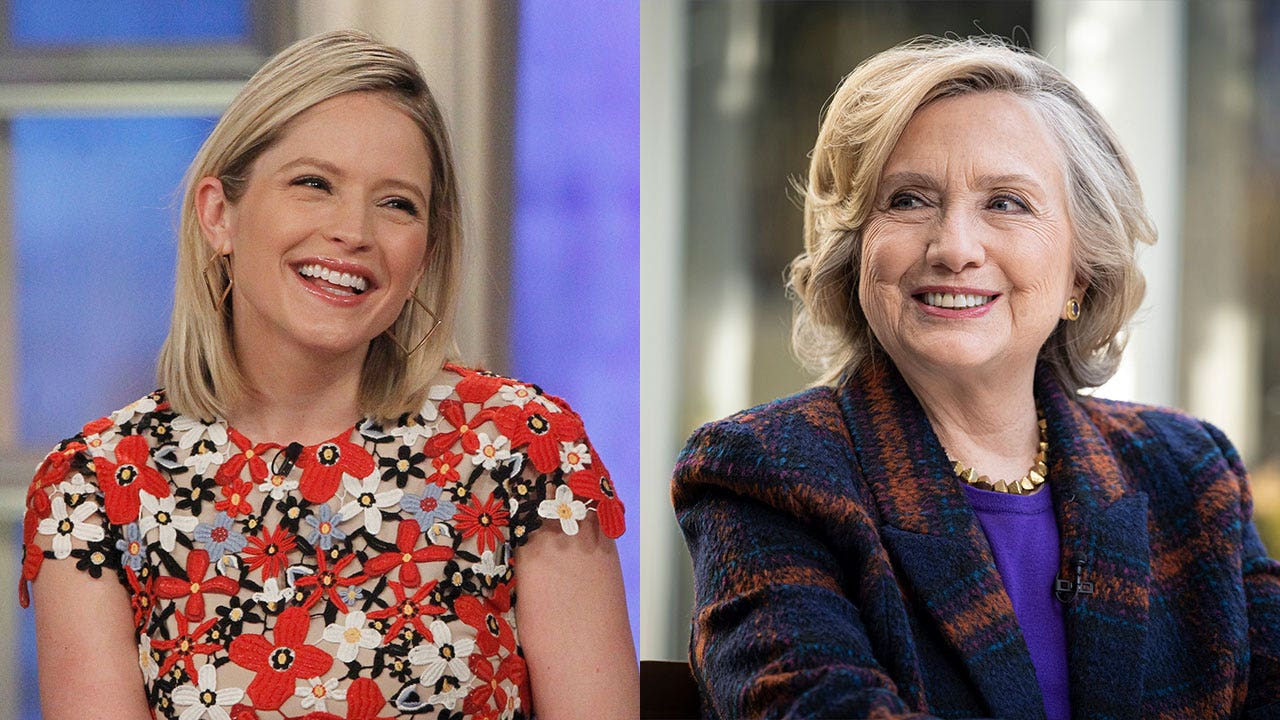 “The View” co-host Sara Haines was asked about who would be her “dream” pick be to a permanent star on the show, and her choice came way out of left field.

“What are your dream co-hosts?” Stephanopoulos asked on Wednesday.

“So, it’s funny. She’s been to visit the show but I would love for Hillary Clinton to sit in,” Haines said before quickly acknowledging, “I know she would never come permanently.”

“I was going to say, do you think she’d do it?” a surprised Stephanopoulos wondered.

“I don’t know but when she comes on to that set, even when the cameras are off, we are grilling her with questions. She’s just so different in person and she has such a wealth of knowledge that to sit there and look at hot topics, I don’t know if I’d chime in,” Haines elaborated. “I mean, I wouldn’t have that… I’d want to listen to what she said but I love every time she comes.”

Haines’ choice to fill the vacant seat signals how far left “The View” has gotten over the years, especially since the ABC daytime program has been searching for a conservative to permanently join her and her liberal colleagues Whoopi Goldberg, Joy Behar and Sunny Hostin.

In the meantime, the show has frequently had NeverTrump Republicans-turned-staunch Biden backers Ana Navarro and Tara Setmayer in an attempt to politically diversify the table.

Reports last year revealed the struggle “The View” has had to find its conservative “unicorn.”

“Sources close to the show said that the search has stalled as executives struggle to find a conservative cast-member who checks all the right boxes,” Politico reported. “They will not consider a Republican who is a denier of the 2020 election results, embraced the January 6 riots, or is seen as flirting too heavily with fringe conspiracy theories or the MAGA wing of the GOP. But at the same time, the host must have credibility with mainstream Republicans, many of whom still support Donald Trump.”

During her tenure that spanned much of the Trump era and into the early months of the Biden presidency, Meghan McCain famously clashed with her liberal colleagues. Those fiery debates have largely dissipated since McCain’s dramatic exit in August 2021.

McCain, who has since joined The Daily Mail as a columnist, opened up about the trauma she says she experienced on “The View” as the sole conservative in her book “Bad Republican.”