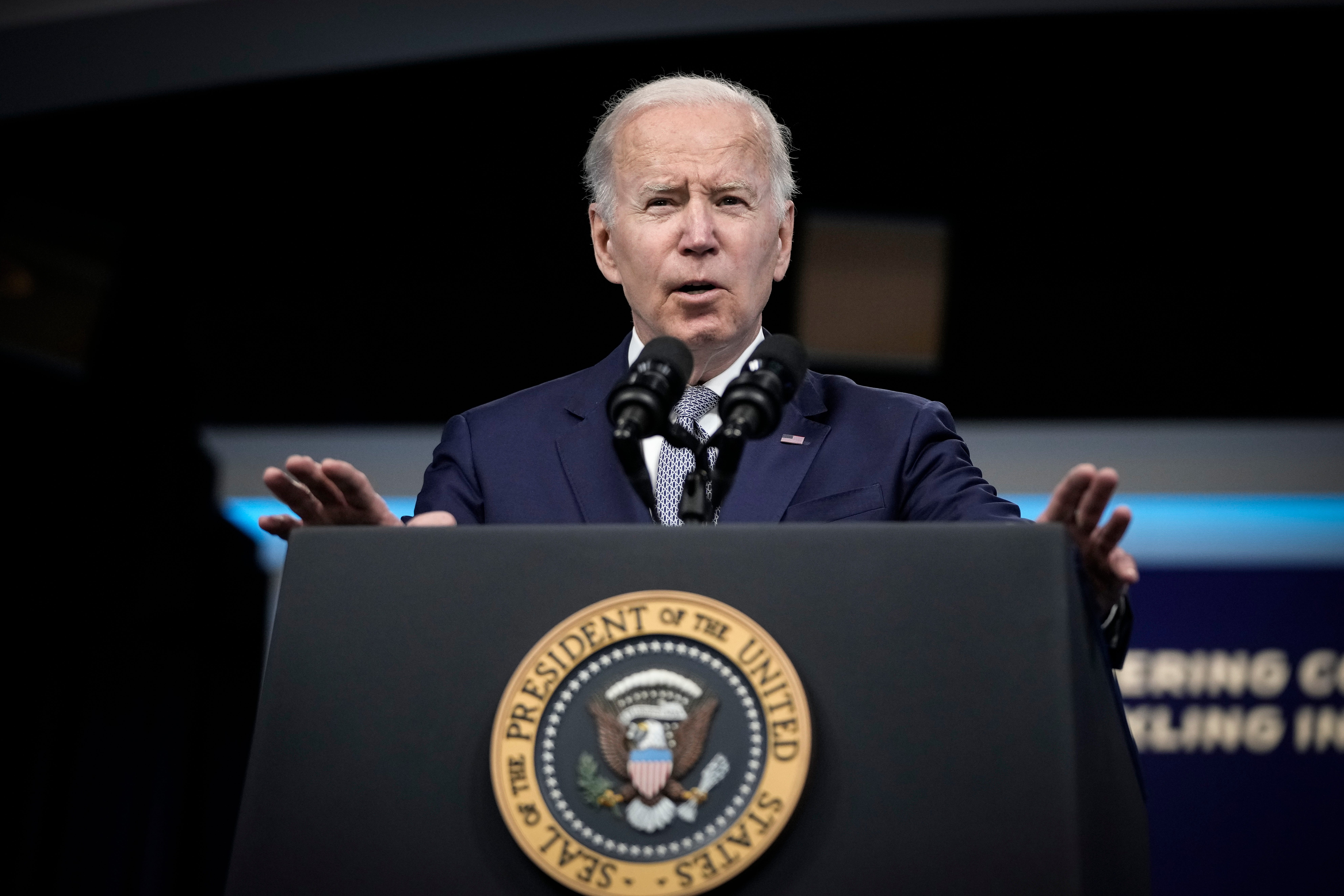 The Washington Post editorial board slammed President Biden’s “magical thinking on inflation” on Wednesday, following the release of April’s numbers.

Inflation came in at 8.3% in April, showing a slight decrease from March’s record-high 8.5% year-over-year inflation. Prices remain high and the Consumer Price Index (CPI) was still higher than predicted.

WASHINGTON, DC – MAY 10: U.S. President Joe Biden speaks about inflation and the economy in the South Court Auditorium on the White House campus May 10, 2022 in Washington, DC. Biden stated that tackling the rising prices is his top domestic priority and accused Republicans of not having a plan to fight inflation. (Photo by Drew Angerer/Getty Images)

MEDIA, ECONOMIC EXPERTS REACT TO APRIL INFLATION NUMBERS: ‘NOT A LOT OF COMFORT’

The editorial board noted that inflation was “one of the biggest challenges” the president faces and that American consumers from both political parties were frustrated about it. The editors said that Biden should have told the American people that he was taking inflation “very seriously” several months ago.

“The White House has been suffering from magical thinking on inflation, and, sadly, that continues,” the editorial board said, adding that in 2021, the Biden administration “wrongly” told people that the high prices wouldn’t last.

CHICAGO, ILLINOIS – MAY 10: A sign displays gas prices at a gas station on May 10, 2022 in Chicago, Illinois. Nationwide, the average price for a gallon of regular gasoline reached a record high today of $4.37 a gallon.  (Photo by Scott Olson/Getty Images)

When it was obvious inflation was not going to come down “on its own,” the editorial board said, the Biden administration turned to “a blame game.”

“One of its favorite talking points is to pin inflation on greedy corporations for hiking prices too much. That just doesn’t add up. Corporations did not become far more greedy in the past few months,” the authors argued, adding that what is really going on is “basic economics.”

The editorial board criticized Biden’s hammering of the Republican Party, noting that it wasn’t what Americans wanted to hear. The authors also said Sen. Rick Scott’s, R-Fla., tax plan was “terrible.”

President Joe Biden delivers remarks on the debt ceiling during an event in the State Dining Room of the White House, Monday, Oct. 4 in Washington. A California man was arrested in Iowa last week as he was traveling to Washington D.C., after he was found with a “hit list” featuring Biden, former presidents and Dr. Anthony Fauci.
(AP Photo/Evan Vucci)

The Washington Post editorial board argued that Biden needs to focus on the things he can do and on “how to fix supply chains and get more workers into the economy.”

“It’s wishful thinking that inflation is going to come down much by Election Day. To show voters he is on top of the problem, Mr. Biden needs to do more than blame someone else for high prices,” they concluded.

The president said Tuesday that his policies “help, not hurt” inflation, but many economists have said that his American Rescue Plan contributed to increased prices.

Biden and his administration, along with some congressional Democrats, have consistently blamed Russian President Vladimir Putin, the war in Ukraine and the COVID-19 pandemic for inflation.