Hidden Hearing Loss and How it’s Often Missed in Tests 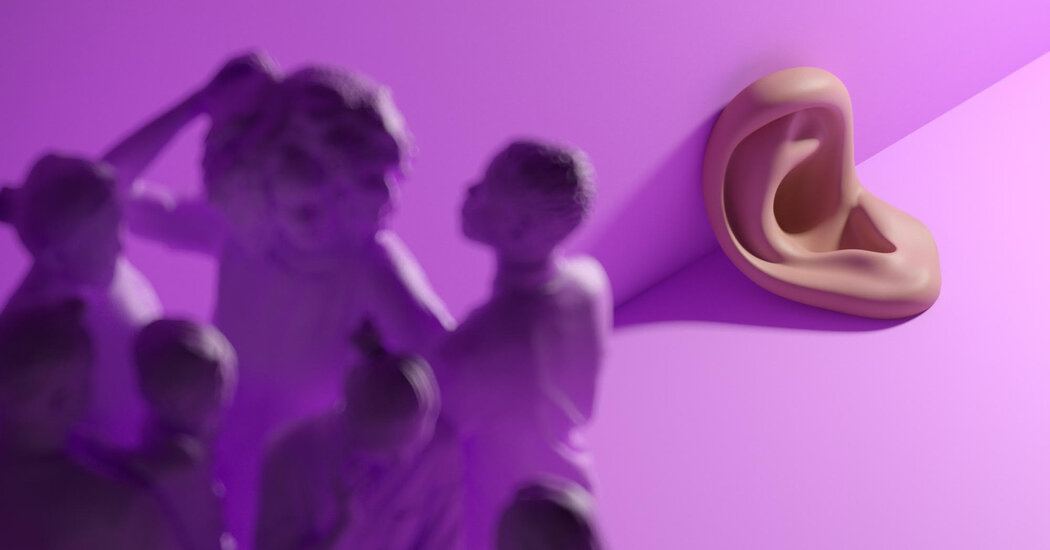 For decades, scientists assumed that the parts of our ears most susceptible to noise-induced hearing loss were the tiny hairs in our cochlea, deep in our ears, that vibrate when sound waves meet the sides of our heads. When these are damaged, it’s like someone turned down the volume on the world and you might not hear sounds, even in library-like silence.

Some patients might have complained they were unable to, say, hear the umpire at a Little League game, but as long as their hair cells were intact and they could hear in a quiet testing room, doctors often could find nothing wrong. In 2009, however, armed with new imaging technology that can look past those hair cells, researchers exposed mice to rock-concert levels of sound, and went looking for signs of damage deeper in the auditory system.

These brain cells form two main bundles of neurons that translate hair vibrations into chemical signals our brains can interpret. One bundle responds to louder sounds and one responds to quieter sounds. Dr. Maison explained that the ones tuned to loud noises are most likely to get damaged first, leaving the one designed for softer inputs to pick up the slack. When that happens, if you’re in a quiet space and your friend is whispering to you, you’ll have no problem understanding them. If you decide to go to a party, however, that bundle of whisper-loving cells will get overwhelmed by background noise and send your brain a garbled, indecipherable message.

How do you know you have it?

There is no conclusive test for hidden hearing loss, but if you struggle to understand the conversation whenever the brunch table has more than a few guests, you might have it. For the last five years, Dr. Maison said his team has been working to develop and validate a series of tests like the ones Ms. Gendreau took, but diagnostic criteria aren’t definitive yet, and, for now, few audiologists check for hidden hearing loss.

Ms. Gendreau had myriad hearing exams and even an M.R.I. before the recent trial with Dr. Maison. None picked up her hidden hearing loss. “Each time, it was disappointing,” she said.

In 2017, The Associated Press published an online test you can try at home, but it can’t provide a diagnosis. Still, experts said that if you think you might have hidden hearing loss because you’re having trouble following conversations when there’s background noise or you’ve got a persistent ringing in your ears, it’s worth a visit to the audiologist.

What can you do about it?

Researchers are testing therapies in animals that they hope will help regenerate the damaged nerve fibers, but currently there’s no way to reverse hidden hearing loss. If you are diagnosed, audiologists recommend some strategies that can help you better communicate.

Another strategy Dr. Maison recommended is to “make sure the background noise is at your back.” If you’re at a crowded restaurant with a friend, have that friend sit against the wall, while you face him or her.

This strategy works especially well if you have a directional microphone, which amplifies the sounds directly in front of you but dampens those sounds coming from the sides and back, said Dr. Ren. Just connect the microphone to your headphones or hearing aid and point it at the person speaking.

You could also try a frequency modulation system, which Dr. Ren said wirelessly transmits your partner’s voice to your headphones or hearing aids. The difference between this and the directional microphone is that the former doesn’t amplify the sounds coming from a particular direction, it just shortens the sound’s route to your ear, limiting opportunities for it to mesh with background sounds or reverberate off other surfaces.

If you have an iPhone or iPad that operates on iOS 14.3 or a newer operating system, there is a built-in tool called Live Listen that can turn the device’s microphone into a listening device similar to a frequency modulation system that can send sounds to your hearing aids or certain types of headphones, like airpods. Just connect via Bluetooth and slide your phone close to the person you want to hear.

Emma Yasinski is a freelance science and medical journalist. Her work has appeared in Smithsonian Magazine, Discover Magazine, Kaiser Health News and MedShadow.org.