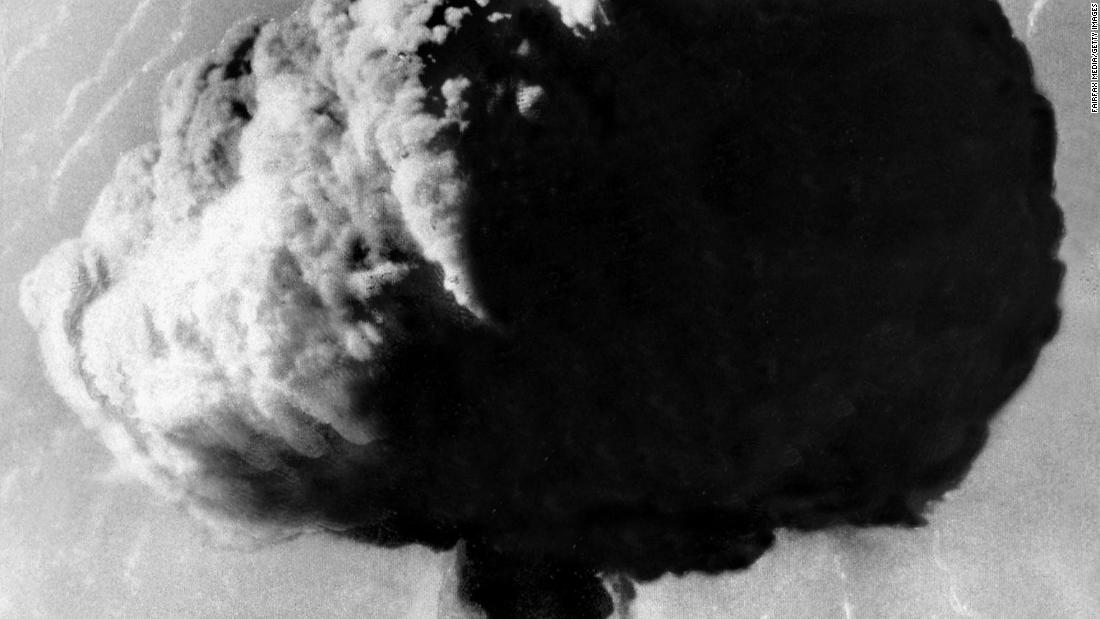 On that July morning, the Manhattan Project conducted its first atomic weapons test some 25 miles away at the Trinity Test Site. In a matter of seconds, these tests inflicted damage that would endure for generations. The radioactive fallout would afflict Herrera and his family with cancers and other diseases for decades to come.
Between 1945 and 1992, the United States conducted more than 200 above-ground nuclear weapons tests, releasing harmful radioactive material into the air and blanketing parts of the country, especially New Mexico. Individuals living near these test sites, known as “downwinders,” continue to suffer health effects related to the testing. Similarly, workers who helped mine, mill and transport the uranium needed for these weapons — and their families — continue to bear the consequences of this work done in service to our country.
To account for these sacrifices made for our national defense, Congress originally passed the Radiation Exposure Compensation Act (RECA) on a bipartisan basis in 1990. RECA provides one-time payments to individuals who developed “cancer or other diseases after exposure to atomic-weapons testing or contact with uranium.” The RECA program, which is scheduled to sunset in July of this year, has provided more than $2.5 billion to more than 39,000 claimants since becoming law.

To be sure, these efforts are better than no effort at all. But in its current form, RECA does not go far enough.

The original RECA bill failed to recognize that radioactive fallout is not restricted by state lines. Unacceptably, RECA has continually left New Mexicans out. This is wrong. Only those who lived near the Nevada test site during a period of atomic-weapons testing are eligible for compensation as a downwinder. Also neglected are the uranium workers exposed to radiation after 1971.
My bill — introduced alongside Republican Sen. Mike Crapo of Idaho — would strengthen the current RECA program by expanding the geographic downwinder eligibility to cover then-residents of the entirety of New Mexico, Colorado, Arizona, Nevada, Utah, Idaho, Montana and Guam. This legislation would also expand eligibility for individuals who worked in uranium mines and mills or who transported uranium ore after 1971. It would double the compensation an individual receives and extend the program for another 19 years.
While the final goal must be expansion and long-term extension, I am proud to have worked with my colleagues to secure a two-year continuation for RECA in the Senate. Just this week, the House approved of the measure and sent it to President Biden’s desk.

As Congress deliberates, widespread heartbreak and loss afflict downwinders and their families to this day — and their stories speak for themselves.

Take Beata Tsosie, a Tewa woman from Santa Clara Pueblo in New Mexico, whose family and community continue to endure the ongoing harms resulting from radiation exposure on an intergenerational basis. She knows that, ultimately, her children could inherit the legacy of contamination from nuclear weapons production. RECA, in its current form, excludes Beata and her family.
Or consider Livia Cordova, a young steering committee member at the Tularosa Basin Downwinders Consortium. Cordova inarguably has been exposed to too much death and disease for someone her age, having grown up with cancer plaguing her family. In 2020, she gave testimony for the 75th Anniversary of the Trinity Test, sharing the love she feels for her family and the gutting pain of losing them to cancers related to exposure. Cordova’s family, too, is left out by RECA as it stands.

The legislation Sen. Crapo and I put forward will help these families. Though the federal government cannot fully decontaminate Tsosie’s community or undo the suffering endured by Cordova’s loved ones or Henry Herrera, it can take steps to make amends. As I see it, an expanded and extended RECA would be a down payment of compensation for the irreparable harm done to these communities. In short, it’s an act of long-overdue justice.

I will keep up the fight for this legislation and build further bipartisan support for its passage — not just to help the countless New Mexico families burdened by loss and disease, but to affirm that the US government is in the business of making things right.