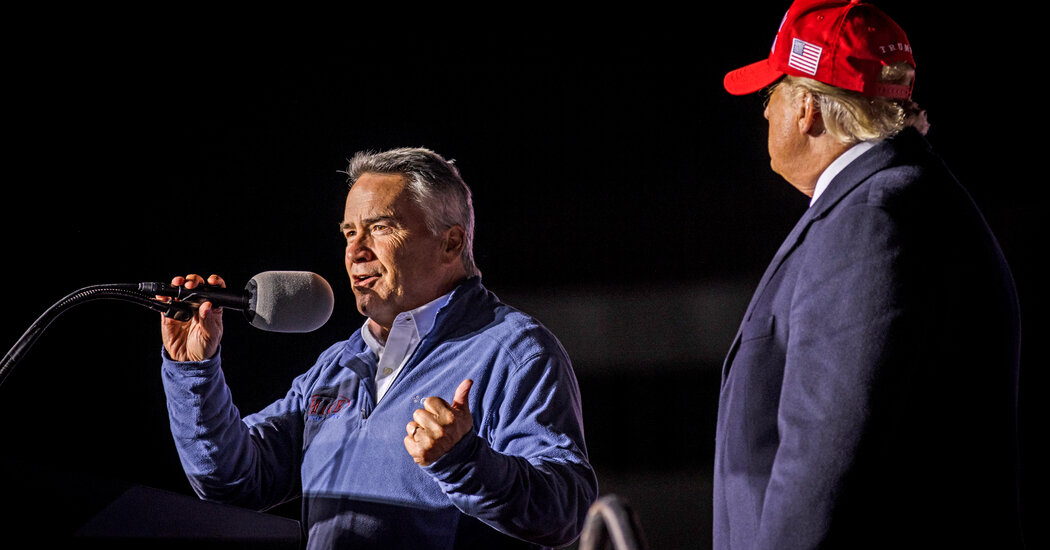 Twenty-seven states will choose a secretary of state this fall, and in 17 of those states, at least one of the Republican candidates for the office actively denies that President Biden won the 2020 election. Fourteen candidates have formed the America First S.O.S. Coalition, which aims to “reverse electoral fraud” by eliminating mail-in ballots, requiring single-day voting and committing to “aggressive voter roll cleanup,” measures that could suppress thousands of Democratic votes. If they win office, Republican members of the group will control the voting process in these five crucial swing states where the 2024 election may be decided:

One closely watched race will be in Georgia, where the Republican incumbent, Brad Raffensperger, is fighting for his political life in the May 24 primary after having refused Mr. Trump’s demands to “find” the 11,780 votes he needed to overturn Mr. Biden’s victory in that state. Although Mr. Raffensperger withstood Mr. Trump’s efforts in 2020, he has now joined the crusade warning against the threat of voter fraud, supporting Georgia’s restrictive new voting laws and citing “voter confidence” as the “No. 1 issue” American voters face.

His main primary opponent goes even further. Representative Jody Hice, a former pastor endorsed by Mr. Trump, is an election denier who has said that “I believe with all my heart” that the will of Georgia voters was subverted in 2020. Republicans have held this office since 2006, so most likely, one of these two men will be in control in 2024.

In Michigan, the Democrats are in a stronger position. The Democratic incumbent, Jocelyn Benson, will face Kristina Karamo, a community college instructor endorsed by Mr. Trump, this fall. Ms. Benson, a former election law professor, literally wrote the book on the role secretaries of state play in protecting the democratic process and resolutely withstood challenges to Michigan’s 2020 election.

Her opponent, on the other hand, has made debunked claims that she witnessed election fraud while observing poll workers in Detroit in 2020 and said that the Capitol riot was conducted by “antifa posing as Trump supporters.” Mr. Trump has been stumping for Ms. Karamo for a reason: “This is not just about 2022,” he said at a recent rally. “This is about making sure Michigan is not rigged and stolen again in 2024.” Recent polling shows Ms. Benson with a 14-point lead over Ms. Karamo, but that margin is small considering Ms. Benson’s greater name recognition.

In Pennsylvania, the secretary of state is appointed, so the tossup governor’s race will decide who ends up overseeing elections. While the Democratic contender for governor, Josh Shapiro, the state attorney general, has made voting rights a cornerstone of his campaign, some of the Republican candidates seem determined to undercut them. Recent polling shows State Senator Doug Mastriano, a retired Army colonel with a Ph.D. in history, leading the rest of the Republican candidates.