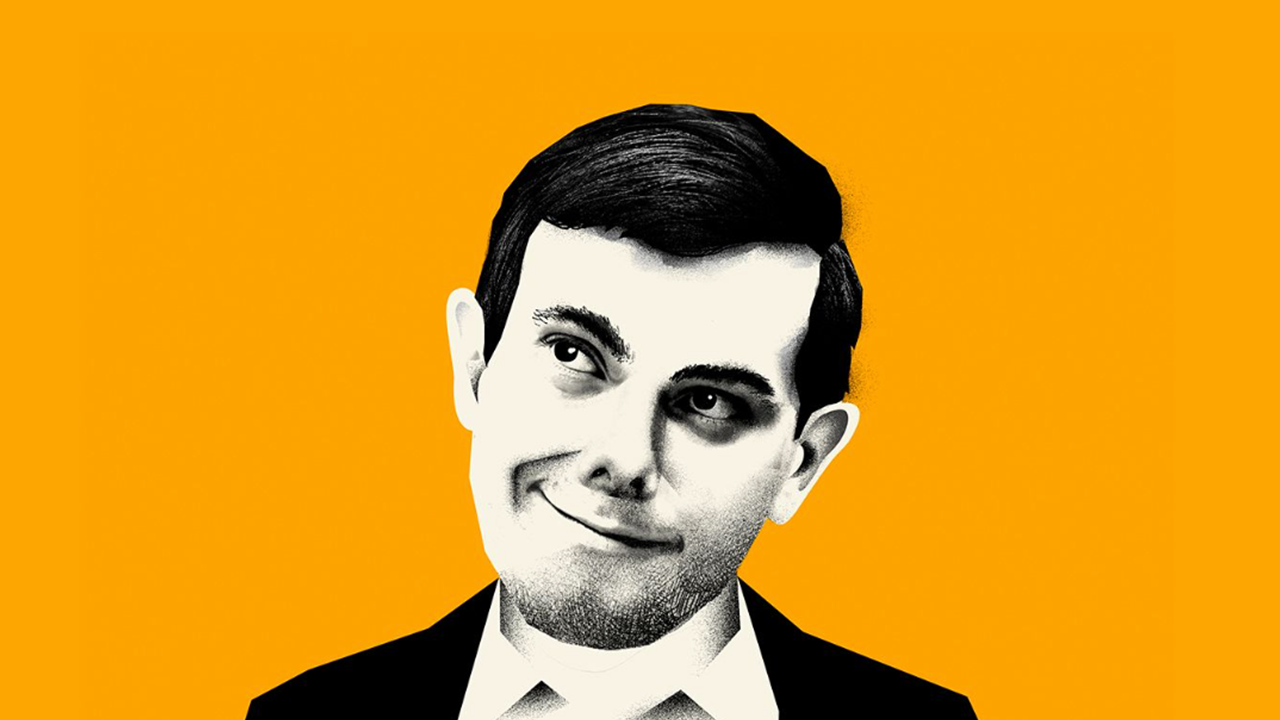 The once-prominent Bloomberg News reporter who famously quit her job and left her husband to pursue a relationship with jailed “Pharma Bro” Martin Shkreli objects to the notion that she “threw her life away” for the drug company CEO-turned-convicted felon, who eventually dumped her for speaking out about their romance.

“Part of me will always love Martin… I absolutely don’t have any regrets about what, you know, what has transpired,” Christie Smythe told Fox News Digital.

Christie Smythe will detail her side of the infamous Martin Shkreli love story in a new Substack memoir, “SMIRK: How I Fell in Love With the Most Hated Man in America.”
(Stephen Yang)

What “transpired,” was a shocking, viral tale of Smythe walking away from her career and marriage after falling in love with Shkreli, who she first kissed in a room that “smelled of chicken wings” during a visit to jail. She will detail her side of the infamous story in a new Substack memoir, “SMIRK: How I Fell in Love With the Most Hated Man in America,” but first she opened up to Fox News Digital about what’s transpired since she stunned the journalism industry with her tell-all in 2020.

“I was the reporter who broke the story of the arrest of a very notorious figure. I got to know him over the course of reporting on him, I eventually developed such a close relationship with him that I left my job and decided to pursue a romantic relationship with him… people found that very shocking,” Smythe said when asked how she describes the ordeal to new people that come into her life.

The strange tale came to light when Elle magazine published its 2020 bombshell. There, she spoke out against Shkreli’s wishes, claiming that she was concerned about coronavirus plaguing prisons and wanted their relationship to be known in case her jailed boyfriend became sick.

It turned out that Shkreli was so annoyed that she had spoken to the magazine that he broke up with her through an attorney when Elle reached out for comment. “Mr. Shkreli wishes Ms. Smythe the best of luck in her future endeavors,” the statement read tersely.

“It was very dismissive, and of course, that hurt,” Smythe said.

Readers were left with the assumption that Shkreli ditched her for talking to the magazine about their relationship, but her phone rang a few days later.

“He called me and he said, ‘Is this Christy Smythe the celebrity?’ And he was like, tickled by it,” she said. “Anyway, the point is that we are still friends. We are, you know, nothing more because there’s really no way to have a romantic relationship with someone in prison when you can’t even see him.”

She hasn’t seen Shkreli in more than two years because of COVID-era protocols, which she calls a “nightmare,” but hope that changes in the near future.

“We talk, you know, and that’s about it,” she said. “I’m looking forward to seeing what he does when he gets out.”

Smythe, who attended the prestigious journalism school at the University of Missouri, insists she has tremendous respect for the Elle reporter who wrote the viral profile, but disagrees with the magazine’s framing.

“The framing was that I threw away my life for Martin Shkreli. And yeah, I kind of object to that characterization because my life has continued. I didn’t throw anything away. In fact, I would say that I’m in a much happier place now than I used to be,” Smythe said.

The infamous profile also focused on Smythe walking away from the “perfect” life in Brooklyn, where she was married to an investment manager and appeared to be living the American dream. “We had the perfect little Brooklyn life,” she told Elle.

However, Smythe didn’t intend for that tidbit to be taken so literally.

“I was kind of being facetious, you know, like we all are familiar with the way people present themselves on social media, on Instagram. You know, you put only the best parts of what’s going on in your life, so it’s edited, and I would say that I had an Instagram perfect life,” she said, describing her time as a young married woman living in the posh Brooklyn neighborhood of Park Slope.

“I wasn’t happy, you know, I wasn’t happy with my entire situation. And so when I left, it wasn’t that I was leaving my vision of a perfect life,” she said. “I was leaving a vision that was like Instagram perfect, that really wasn’t perfect below the surface of it.”

The first chapter of “SMIRK: How I Fell in Love With the Most Hated Man in America,” hit Substack on Thursday.
(Shannon Loys)

Smythe feels it’s hard to articulate why she was so smitten with one of the most hated people in America, and she’s well aware that dating a source or someone you’re covering is frowned upon in journalism. She was also well aware of Shkreli’s controversial past. At the time of their first meeting, Shkreli was known for purchasing the rights to a life-saving drug used to treat an infection that occurs in some AIDS, malaria and cancer patients only to raise the price from $13.50 to $750 per pill.

The ordeal resulted in Shkreli emerging as a global villain, and he earned the “smirking” moniker as he mugged for the cameras and refused to testify about the controversy on Capitol Hill in 2016. Yet Smythe felt differently when she met him while reporting for Bloomberg.

“There was so much stigma surrounding him and his persona on the internet that there was, when I met him in person, it just didn’t match what everyone was saying about him. And I did like him immediately, although I didn’t trust those feelings, but what I liked about him was he was extremely open. And honestly, he was very earnest. He’s very smart, and smart in a way where it isn’t just one thing that he knows a lot about or one thing he’s good at. He’s an intellectually curious person on a level I rarely see. So I was very intrigued by that,” she said.

FALLING FOR PHARMA BRO: CHRISTIE SMYTHE’S TELLING OF HER RELATIONSHIP WITH MARTIN SHKRELI

Shkreli is now serving a seven-year sentence for a 2017 conviction for lying to investors about the performance of two hedge funds he ran, withdrawing more money from those funds than he was entitled, and defrauding investors in a drug company, Retrophin, by hiding his ownership of some of its stock. He was also banned from the pharmaceutical industry for life and ordered to pay almost $65 million.

Shkreli is expected to be released from prison later this year and Smythe said, “Martin will always be Martin.” Yet she believes time in the clink will make him a more thoughtful person.

“I think what we’re going to get is not a different Martin but a new and improved Martin,” she said. “I am so excited to see him when he gets out. I imagine that there will be a very big hug.”

The first chapter of Smythe’s, “SMIRK: How I Fell in Love With the Most Hated Man in America,” hit Substack on Thursday. It was initially supposed to be a book that provided an inside look at the man known as “Pharma Bro,” but she had to pivot once publishers didn’t want anything to do with Shkreli unless it was a “sad sob story” about their romance.

“Substack actually suggested the idea to me to do it as a Substack and I thought, ‘This is perfect. This is exactly the way. This is what this is the platform this story was meant for,’” she said. “Substack is a disruptor. It is intended to sort of disrupt traditional publishing channels. My story is disruptive. It disrupts traditional narratives, and my audience is probably people who are, maybe, not going to independent bookstores, but probably spending a lot of time online. So it seemed like the perfect match.”

Smythe will publish parts of her story at least twice a week until she runs out of material, and guesses the project will take roughly a year to complete. While Shkreli objected to the Elle magazine piece, she said he has given his full blessing this time. However, she wants potential subscribers to be informed about something specific.

“Anyone who has concerns about what Martin’s financial relationship is here, he has none. Martin gets nothing from the Substack,” she said. “This is all for me.”