Protests at justices’ homes ‘nothing’ compared to ‘forcing us to bear children we don’t want’: LA Times column 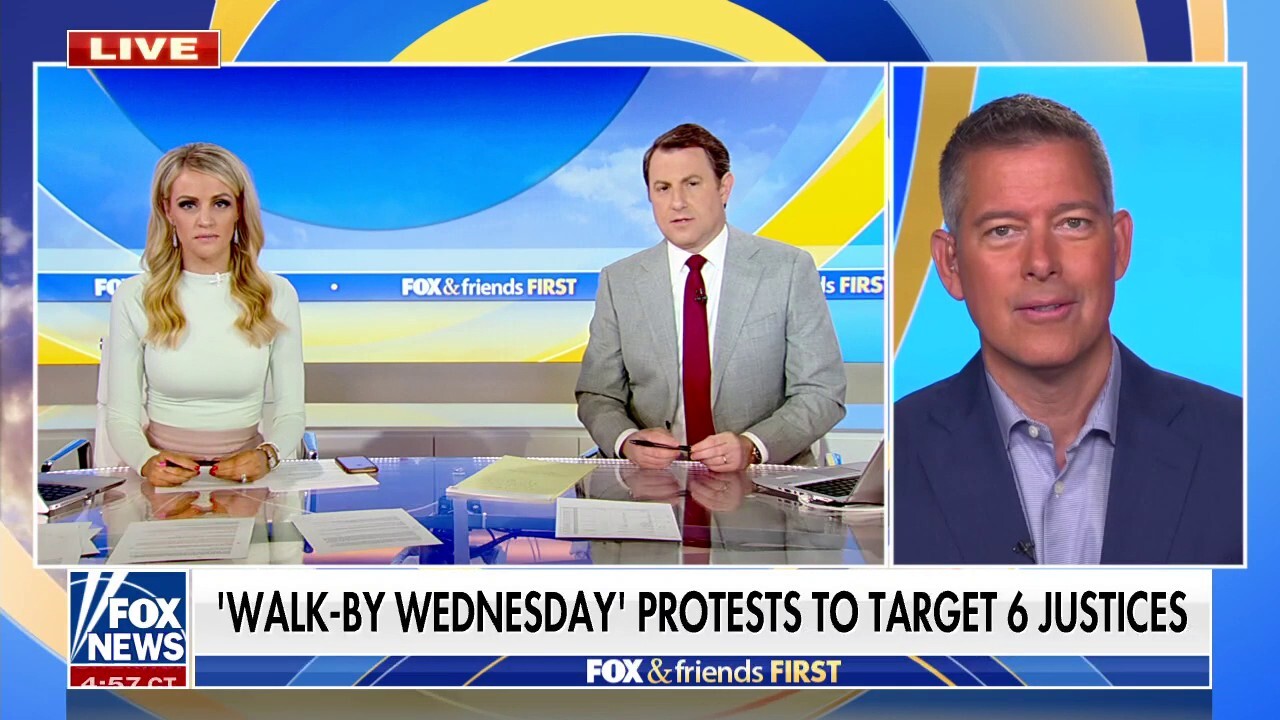 Los Angeles Times columnist Robin Abcarian on Wednesday justified abortion activists protesting Supreme Court justices at their homes because of an “ominous” fence surrounding the Supreme Court building and conservatives “controlling our wombs by forcing us to bear children we don’t want.”

Dismissing the justices being “slightly inconvenienced at home” as not a “big deal,” Abcarian wrote, “That’s nothing compared with the cost they impose on Americans who may be about to lose control over their own bodies.”

She used statistics from the National Abortion Federation about instances of violence directed at abortionists and clinics over the last 45 years to justify angry mobs descending upon family homes, saying, “I just can’t get too worked up about it.”

In almost 50 years, there have been over 63 million abortions, which pro-lifer advocates count as human deaths.

Solely focusing on protests outside the justices’ residences, she described them as “relatively low-key” and “even lighthearted,” and ignored the violence, threats and vandalism against pro-life organizations and churches across the country in the past week.

Despite the fact that the leaked decision overturning Roe v. Wade was only a draft, with the final outcome unknown, she quoted one protester approvingly who said, “You don’t get to take away my bodily autonomy and … enjoy your Saturday night at home.”

Abcarian falsely claimed protesters were forced to go to the justices’ homes because it “was not an option” to “protest outside the Supreme Court itself.” She blamed the see-through fencing erected around the building, quoting a Catholics for Choice spokesman describing the barrier as “ominous and disproportionate.”

Abortion-rights protesters wave flags during a demonstration outside of the U.S. Supreme Court, Sunday, May 8, 2022, in Washington.
((AP Photo/Gemunu Amarasinghe))

Anyone is still free to protest outside the Supreme Court, but Abcarian acted as if that was impossible, saying, “God forbid Americans should exercise their right to protest on the very site where women are being deprived of the right to control their bodies, families and fates.”

She even quoted the group organizing the neighborhood protests, ShutDownDC.org, declaring, “Because it’s been impossible to reach [Alito] at the Supreme Court (especially now with the enormous fences), we will do it at his home.”

She claimed “defenders of the court’s conservative supermajority” were worried about “an alleged invasion of the justices’ privacy,” instead of concern over intimidation tactics meant to sway opinions with pending outcomes.

“The conservative justices and their allies, after all, seem to have no qualms about controlling our wombs by forcing us to bear children we don’t want.” She scoffed, “That’s what a real invasion of privacy looks like.”

She mocked Sen. Ted Cruz, R-Texas, for saying the mobs are “literally threatening the lives of these justices.” No word on how she felt when it was recently claimed that bringing up Supreme Court nominee Ketanji Brown Jackson’s record was “dangerous,” “can lead to violence” and “trying to get her killed.”

“So the justices will be slightly inconvenienced at home? Big deal,” she concluded.

“That’s nothing compared with the cost they impose on Americans who may be about to lose control over their own bodies.”