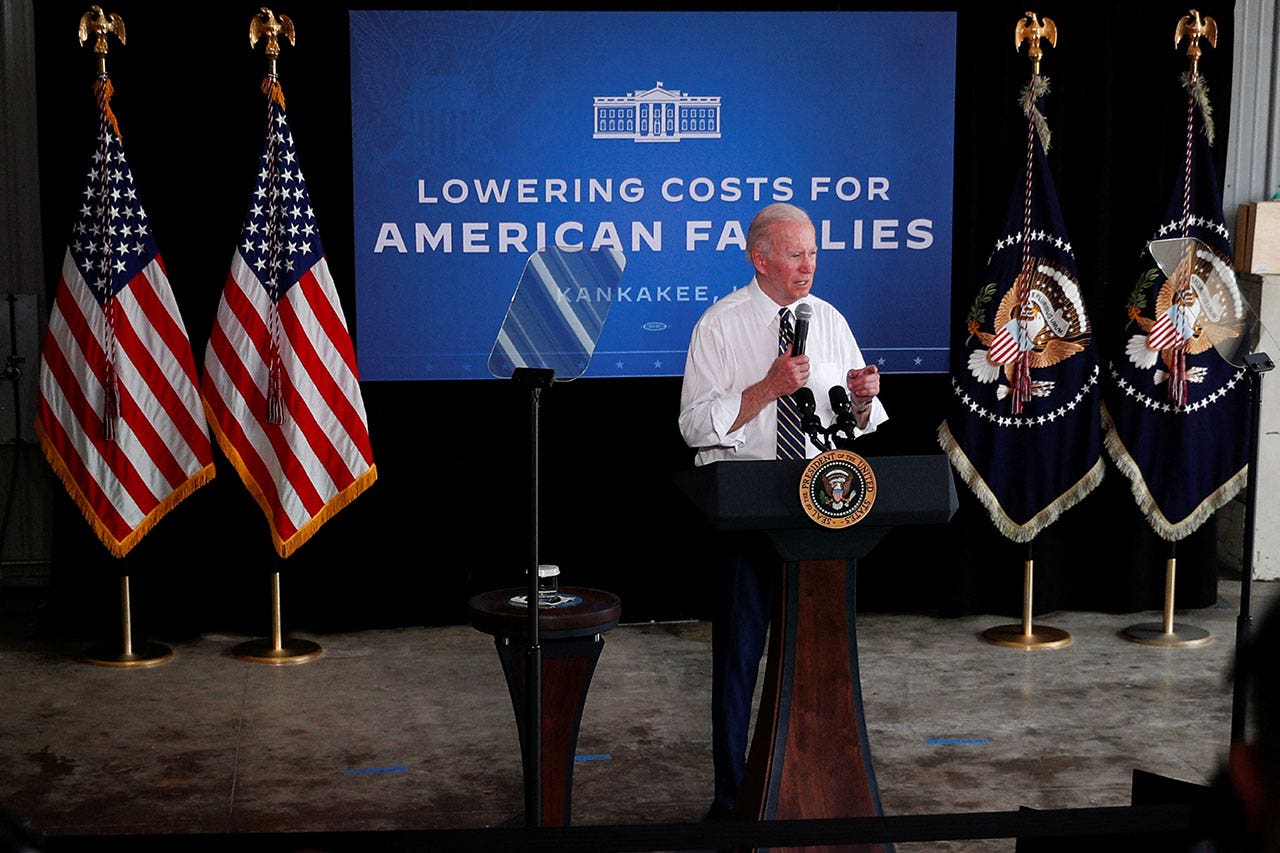 President Biden and his administration have assigned blame for record inflation and gas prices in the country on everything from Vladimir Putin to greedy “meat conglomerates” to the two-year-old coronavirus pandemic.

The Labor Department said Wednesday that the consumer price index rose 8.3% in April from a year ago, a sharp hike although slightly below the 8.5% year-over-year surge recorded in March. Prices jumped 0.3% in the one-month period from March.

Despite low unemployment numbers, record inflation and brutal prices at the pump have been a political thorn in Biden’s side over the past year, with polling showing most Americans view high prices as a hardship.

Biden went after familiar targets on Tuesday for the problem, assailing the pandemic and Putin, as well as Republicans for not going along with his economic plan. He has said his own policies, such as the $1.9 trillion American Rescue Plan, have not contributed to the surge.

“I want us to be crystal clear about the problem,” Biden said. “There are two leading causes of inflation we’re seeing today. The first cause of inflation is a once-in-a-century pandemic. Not only did it shut down our global economy, it threw the supply chains and the demand completely out of whack.”

SEN. RICK SCOTT DOUBLES DOWN ON CALLL FOR BIDEN TO RESIGN OVER INFLATION CRISIS: ‘GET OUT OF THE WAY’

“And this year we have a second cause, Mr. Putin’s war in Ukraine.” He added, “We saw in March that 60% of inflation that month was due to price increases at the pump for gasoline.”

U.S. President Joe Biden delivers remarks on the impact of Russia’s invasion of Ukraine on food supply and prices, and his Administration’s efforts to support farmers and food processors, Kankakee, Illinois, U.S., May 11, 2022.
(REUTERS/Tom Brenner)

During remarks in Portsmouth, New Hampshire, last month, Biden nodded to families “struggling with higher prices” amid record-high inflation, but again said the reason for the surge was due to the COVID-19 pandemic and the Russian invasion of Ukraine.

“The second big reason for inflation is Vladimir Putin. Not a joke,” Biden said. “Putin’s invasion of Ukraine has driven up gas prices and food prices all over the world.”

Biden’s repeatedly referred to inflation and gas prices as due to “Putin’s price hike,” although the spike was occurring before the Russian invasion in February.

White House Press Secretary Jen Psaki holds the daily press briefing at the White House in Washington. Psaki is leaving the White House along with several other aides ahead of the midterm elections.
(AP Photo/Patrick Semansky)