Suns’ Chris Paul expresses support for Brittney Griner amid her detention: ‘Everyone just wants her home’ 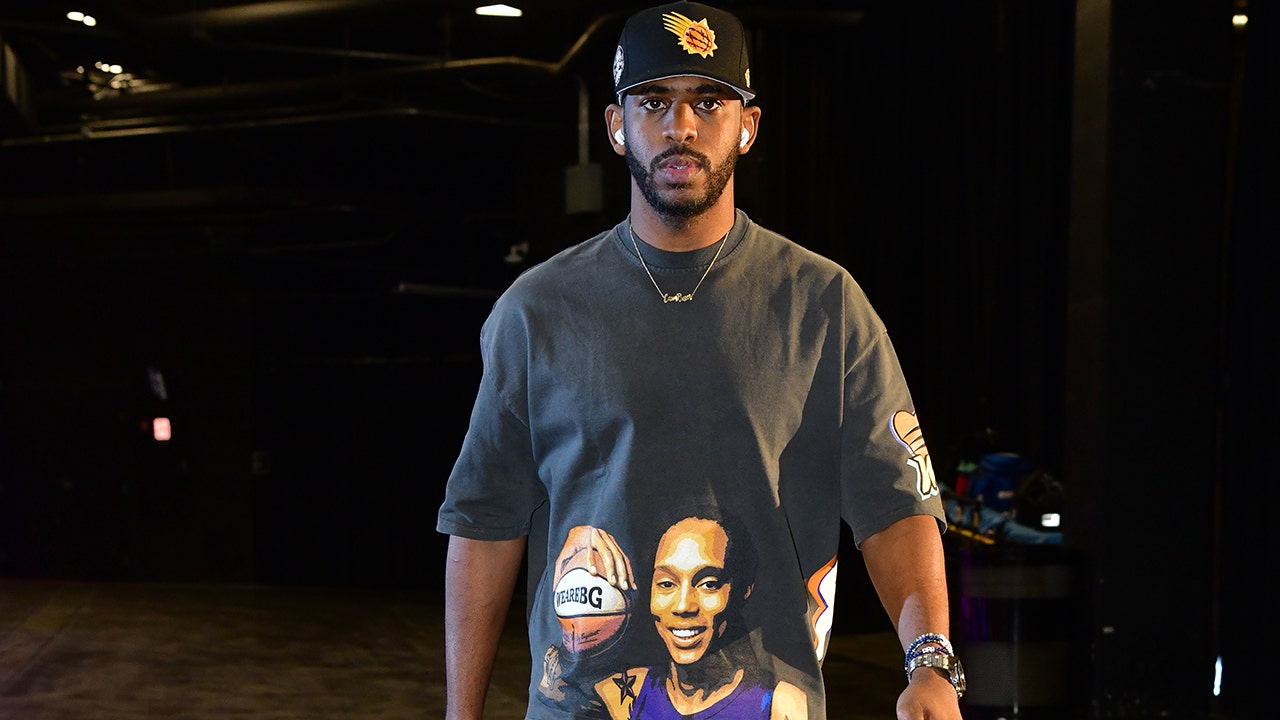 Phoenix Suns star Chris Paul walked into the Footprint Arena on Tuesday night wearing a shirt with Brittney Griner on it, expressing his support for the WNBA star who is still detained in Russia.

Paul and the Suns appeared to be the first members of the NBA to openly keep Griner on the top of their minds since the Phoenix Mercury star was arrested in Moscow. She was detained in February for allegedly carrying vape cartridges with oils derived from cannabis in them. A hearing in a Russian court is set for May 19.

Head Coach Monty Williams of the Suns talks with Chris Paul after the 2022 NBA Playoffs Western Conference Semifinals on May 10, 2022, at Footprint Center in Phoenix, Arizona.
( Barry Gossage/NBAE via Getty Images)

The NBA point guard explained the T-shirt after the Suns’ Game 5 win over the Dallas Mavericks.

“This isn’t just a NBA or WNBA thing, I think everyone just wants her home,” Paul said.

SUNS TO KEEP BRITTNEY GRINER DECALS ON COURT THROUGH PLAYOFFS: ‘ONE FAMILY’

The Suns announced before Game 5 Tuesday they would keep decals on the court honoring Griner throughout the playoffs as she remains detained in Russia. The WNBA said last week the decal “BG 42” would be on all 12 courts this season.

Chris Paul of the Suns in his Brittney Griner shirt prior to the semifinal game against the Dallas Mavericks May 10, 2022, at Footprint Center in Phoenix, Arizona.
(Barry Gossage/NBAE via Getty Images)

“One family. #WeAreBG,” the Suns tweeted.

“Honoring Brittney Griner on our court for the remainder of the playoffs.”

The Suns and Mercury played in the same arena, the Footprint Center, and are owned by the same person, Robert Sarver.

Brittney Griner of the Mercury during the Chicago Sky game on Oct. 13, 2021, at Footprint Center in Phoenix, Arizona.
(Michael Gonzales/NBAE via Getty Images)

The U.S. State Department determined Russia “wrongfully detained” the Mercury center when she was arrested in February, an official said in a statement to Fox News Digital last week.

The Associated Press contributed to this report.