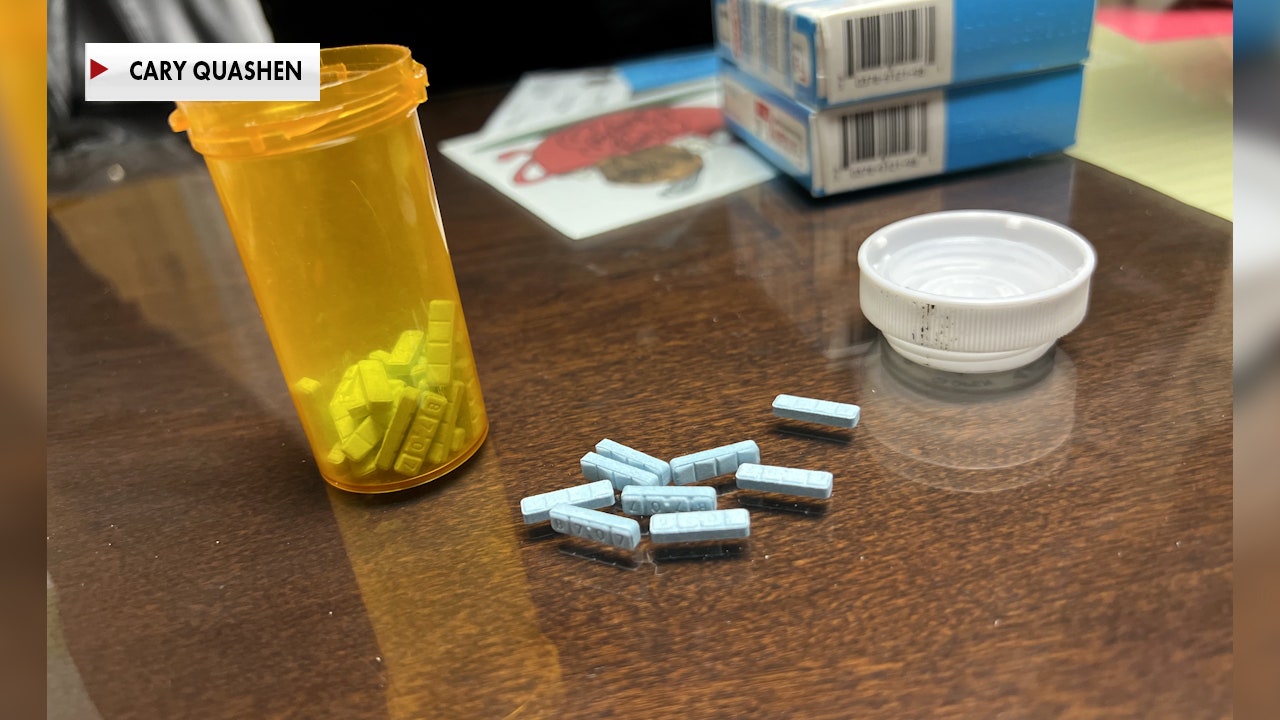 The rising number of overdose deaths among young Americans is “very, very concerning” said National Institute on Drug Abuse Director Dr. Nora Voklow, who cited fentanyl as a leading cause of the deaths.

Volkow noted that this demographic group typically does not take drugs like heroine, which is commonly mixed with fentanyl.

“Clearly, one of the culprits is that fentanyl is being used to contaminate all of the illicit drug market, including illicit prescription drugs that teenagers do take,” Volkow told Fox News Digital at the Milken Institute 2022 Global Conference.

A reporter holds up an example of the amount of fentanyl that can be deadly.
(AP Photo/Jacquelyn Martin, File)

“For example, stimulant drugs like Adderall or benzodiazepines like Xanax. All of these drugs…are favored by teenagers for misuse, to study for exams, or if they have pain,” she added.

Volkow noted that the spread of fentanyl has reached every geography and every demographic in America, and strategies to combat drug usage need to be “tailored to the circumstances of those communities.”

Volkow said that social scientists have tried to understand “how messages that come from media affect and influence subsequent likelihood of taking drugs,” and celebrity figures using drugs has a greater impact on students.

The National Institute on Drug Abuse has undertaken partnerships with media organizations to “provide … scientific evidence and ways [drugs] can be portrayed in a realistic way,” she added.

Officials have a growing concern that middle school, high school, and college-aged kids are being targeted as criminals make fentanyl pills disguised as Oxycodone, Adderall and Xanax.
(Cary Quashen)

“Conveying that partnership between the science and the media is the way of bringing up that information in a way that will have the largest impact,” Volkow said.

“Clearly, we need to ramp up education and make people aware that the illicit drug market right now is extraordinarily dangerous. Drugs that people may have been taking for years now are very likely to be contaminated with fentanyl.”

She also warned of the possibility that fentanyl on its own “may become an attractive drug,” and steps need to be taken to prevent that outcome.