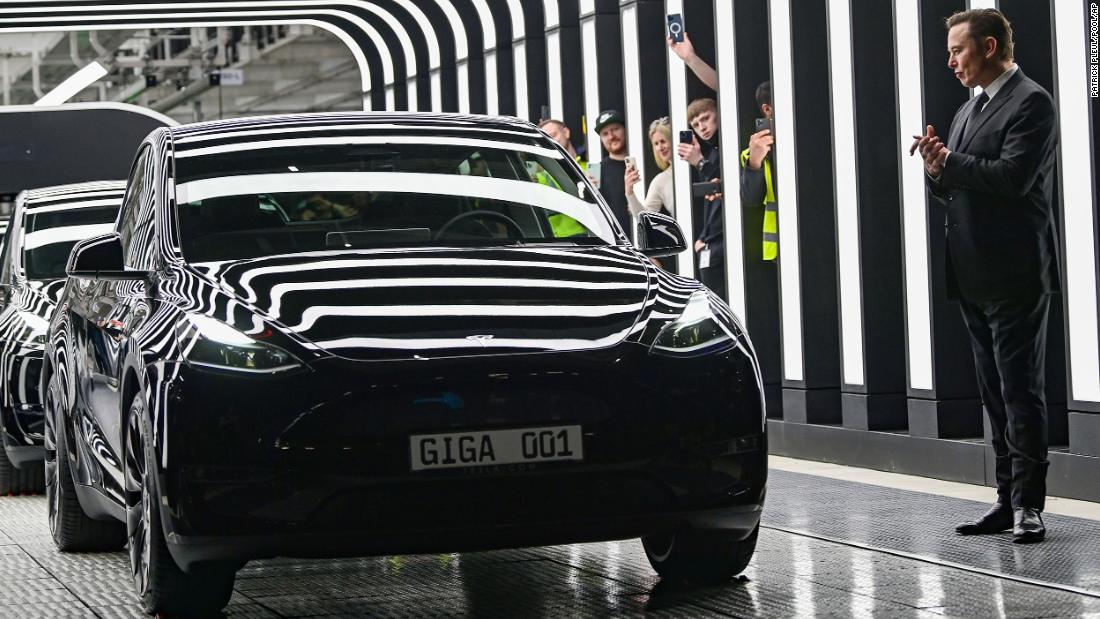 Twitter’s stock is hovering around $47.50. That’s only a bit above the $46.76 midpoint between Musk’s takeover offer price and $39.31 — the price at which Twitter shares were trading when Musk first disclosed that he had taken a more than 9% stake in the company early last month.
This seems to suggest investors have doubts about whether Musk will get the deal done at the original price, despite the fact that he recently lined up more than $7 billion in financing from an impressive group of investors that includes mutual fund powerhouse Fidelity, venture capital giant Sequoia and Oracle (ORCL) co-founder Larry Ellison.
Musk also has a commitment from Morgan Stanley (MS) for $12.5 billion in financing backed by margin loans that use his Tesla stock holdings as collateral.

Given the big drop in Tesla shares, will Musk have to lower his offer price to get the deal done if Tesla stock continues its electric slide? Will he walk away from Twitter entirely? Or could someone opportunistically come in with a higher price and some, uh, more secure funding? (This seems unlikely, since another bidder would have presumably stepped up to make an offer by now.)

Skepticism about the deal’s chances is growing.

There is “a significant risk that the deal gets repriced lower,” research firm Hindenburg said about the Twitter purchase in a report earlier this week. Hindenburg has made a name for itself over the past few years because of its bearish reports about electric vehicle startups Nikola and Lordstown Motors.

Hindenburg is shorting Twitter stock, which means the firm would profit if shares fall. Hindenburg noted in its report that “we are supportive of Musk’s efforts to take the company private, and believe he could get it done, but see no reason why he should at these levels.”

Adding more debt to Twitter to help finance the deal would “make it more challenging to pursue Musk’s goal of reducing Twitter’s reliance on advertising, which currently comprises the vast majority of its revenue,” the firm noted.

And Hindenburg added that “placing both Twitter (and ultimately Tesla’s) future on a foundation of further equity-backed margin loans, or potentially more sales of Tesla equity amidst a volatile market, adds risk to both enterprises.”

But Musk has repeatedly dismissed these concerns. He responded (on Twitter, naturally) to Hindenburg’s criticisms with an apparent Monty Python reference, saying that Hindenburg shouldn’t “forget to look on the bright side of life sometimes!”
Musk also said at a TED conference last month that he doesn’t “care about the economics at all” when discussing the Twitter deal.

Analysts also seem to think that Musk will not succeed. Wall Street’s consensus target price is just $51.88 a share, about 10% higher than current levels but still more than 4% below Musk’s $54.20 bid.

What’s more, 32 of the 36 analysts following Twitter have the stock rated a “hold.” Only two recommend Twitter as a “buy” while the other two have “sell” ratings on the stock.

It may seem unwise to bet against the world’s richest person if he really wants to buy Twitter. But analysts — and Twitter investors — still aren’t convinced that Musk is going to get the deal done.