2022 NHL playoffs: 12 teams that have never won the Stanley Cup 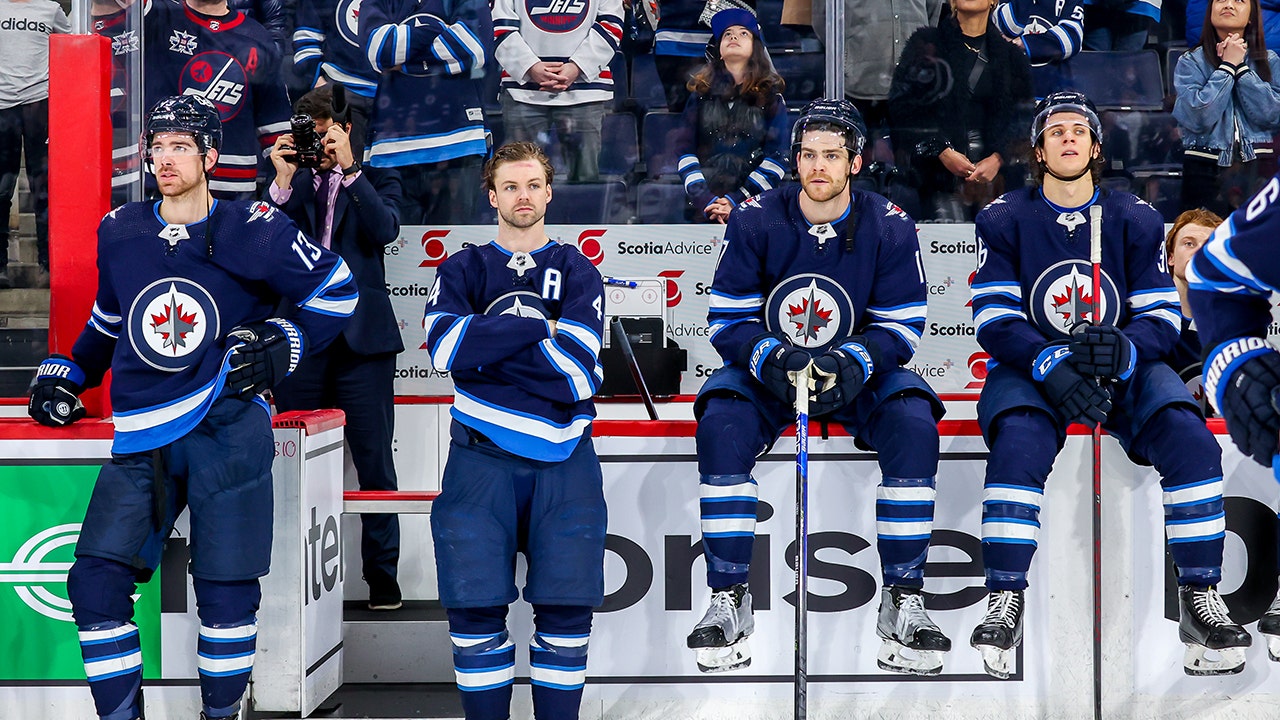 The Stanley Cup has been awarded to 25 teams since 1914 with just four teams making up more than half of the total championships won.

The Montreal Canadiens are the most successful NHL franchise with 24 championships, followed by the Toronto Maple Leafs with 13 and the Detroit Red Wings with 11. Some teams have won back-to-back Cups, while others have only been awarded the coveted trophy once.

Check below for a list of the 12 NHL teams that have never won the Stanley Cup.

The early years of the Buffalo Sabres saw far more success in the Stanley Cup Playoffs than that of the modern–day franchise. In 29 playoff appearances, the Sabres have advanced to the Finals just two times: the 1998-99 and 1974-75 seasons.

In 1999, Buffalo came close to winning its first Cup, sweeping both the Ottawa Senators and the Boston Bruins before defeating the Toronto Maple Leafs 4-1 to reach the Finals. Trailing the series 3-2, the Sabres’ dreams of hoisting up the coveted Stanley Cup came to a controversial end when Dallas Stars forward Brett Hull scored a goal with just over five minutes left in triple overtime. Despite his skate being in the crease before the puck entered, the NHL ruled the goal good and the Sabres’ woes continued.

Artemi Panarin of the Blue Jackets is congratulated by Josh Anderson after scoring during the 2019 NHL Stanley Cup Playoffs against the Tampa Bay Lightning on April 16, 2019, in Columbus, Ohio.
(Kirk Irwin/Getty Images)

Brad Larsen’s first year as an NHL head coach didn’t result in a Stanley Cup for the Columbus Blue Jackets but the team managed to improve on the 2020 season (18-26-12) with a sixth-place finish in the Metropolitan Division (37-38-7).

Columbus missed the playoffs for the second year in a row after four consecutive appearances. Their only playoff win came in 2019 when they swept the Tampa Bay Lightning, that season’s Presidents’ Trophy winners, in the first round. They were eliminated in the next round after a 4-2 series loss against the Bruins.

The Blue Jackets’ first playoff berth came in 2008, just eight years after being established as an expansion team. Star forward Rick Nash led the drive but the Blue Jackets would be swept by the Detroit Red Wings in the conference quarterfinals.

Goaltender Sergei Bobrovsky of the Panthers makes his way onto the ice against the Washington Capitals in the 2022 Stanley Cup Playoffs on May 3, 2022, in Sunrise, Florida.
(Eliot J. Schechter/NHLI via Getty Images)

The Florida Panthers are in hot pursuit of the franchise’s first Stanley Cup after winning this season’s President’s Trophy with a 58-18-6 record and their first division title since the 2015-16 season.

The Panthers made their first – and best – playoff appearance in 1996 in only their third season as an NHL team, and advanced to the Finals, where they would be swept by the Colorado Avalanche.

Florida previously had the longest active playoff drought in the NHL with 10 straight seasons between 2001-2011. They are currently 2-2 in their first-round series against the Washington Capitals.

Dany Heatley and Jason Spezza of the Ottawa Senators during the 2007 Stanley Cup finals against the Ducks on June 6, 2007, at Honda Center in Anaheim, California.
(Jim McIsaac/Getty Images)

The Ottawa Senators missed the playoffs for the fifth season in a row after finishing seventh in the Atlantic Division with a 33-42-7 record. A rocky start to the season saw the Senators lose 10 of their first 13 games followed by a much-needed win over the Pittsburgh Penguins on Nov. 13, but they would go on to have another six–game losing streak.

Ottawa would close out their season on a high, winning their last five of six, but their playoff hopes had long faded away at that point.

Goaltender Mike Smith of the Coyotes attempts to cover up the puck as Justin Williams of the Los Angeles Kings looks for a rebound in the 2012 NHL Stanley Cup Playoffs at Jobing.com Arena on May 22, 2012, in Glendale, Arizona.
(Christian Petersen/Getty Images)

The Arizona Coyotes joined the NHL in 1979 as the Winnipeg Jets following the end of the World Hockey Association, where the franchise enjoyed much success. While making several playoff appearances between the 1979 and 2001 seasons, the Coyotes went six years without a single playoff run – even with the great Wayne Gretzy as head coach between 2005 and 2009.

Arizona’s best showing came in 2012 when they advanced to the Western Conference Finals but lost to the eventual Stanley Cup winners, the Los Angeles Kings, in a 4-1 series.

A new ownership group and name change (then the Phoenix Coyotes) couldn’t stop the downward slide. Arizona would miss the playoffs for seven seasons before making a first-round appearance in 2020.

The 2021 season marked the second year in a row that the Coyotes would miss the playoffs.

Minnesota players celebrate a goal during the Stanley Cup Playoffs between the Wild and the Blues on April 29, 2022, at the Enterprise Center in St. Louis, Missouri.
(Rick Ulreich/Icon Sportswire via Getty Images)

Among one of the youngest franchises, the Minnesota Wild has seen mild success in the postseason – making 11 playoff appearances since 2000 but just one Western Conference Finals in 2003.

The WIld advanced to the playoffs for the 2021 season after posting a 53-22-7 record for second-best finish in the West. They are currently tied in their first-round series against the St. Louis Blues (2-2), who won their first Cup in 2019.

Nashville Predators mascot Gnash fires up the crowd during the 2017 NHL Stanley Cup Final against the Pittsburgh Penguins at Bridgestone Arena on June 11, 2017.
(John Russell/NHLI via Getty Images)

The Nashville Predators‘ hopes of earning their first Stanley Cup came to a crashing end after getting swept by the Avalanche in Round 1 of the 2022 Stanley Cup Playoffs. The Preds finished the season with a 45-30-7 record for a fifth-place finish in the Central Division.

Nashville is 54-71 in the playoffs (14 appearances) but came close to winning it all in their first-ever Stanley Cup Finals appearance in 2017. Starting off as the last-seeded team in the playoffs, the Preds went on a Cinderella run, sweeping the top-seeded Chicago Blackhawks and eliminating the Blues and the Anaheim Ducks in six games. They went on to lose 4-2 against the Penguins, the defending Stanley Cup champions.

Matt Murray of the Pittsburgh Penguins defends against Joonas Donskoi of the Sharks in the 2016 NHL Stanley Cup Final at SAP Center on June 12, 2016, in San Jose, California.
(Bruce Bennett/Getty Images)

The San Jose Sharks have made 21 playoff appearances in 30 seasons and just one Finals appearance in 2016.

After posting a 46-30-6 record in the regular season for a third-place finish in the Pacific Division, the Sharks defeated the Kings, Predators and Blues to advance to the Finals against the Pens. Pittsburgh would start the series 2-0 before San Jose won Game 3 in overtime.

They would go on to lose the series 4-2.

The Sharks missed the playoffs this year for the third consecutive season, the longest streak in franchise history.

Victor Rask of the Seattle Kraken skates during warmups before a game against the Jets at Canada Life Centre on May 1, 2022 in Winnipeg, Manitoba.
(Christopher Mast/NHLI via Getty Images)

Seattle certainly didn’t measure up to the insanely high standard for expansion teams set by the Vegas Golden Knights.

The Seattle Kraken made the list after posting a 27-49-6 record for last place in the Pacific Division and 15th in the Western Conference in their inaugural season. Despite what the record might show, the Kraken showed promise with more than half of their losses coming by just a margin of one goal (not including empty-netters).

Jarred McCann, a veteran NHL player who was acquired from the Maple Leafs in the 2021 Expansion Draft, led the team in scoring with 50 points (27 goals, 23 assists). He signed a 5-year, $25 million contract extension in March.

Seattle missed the Stanley Cup Playoffs after a shutout loss against the Knights on March 30.

Mark Recchi of the Bruins scores against Roberto Luongo of the Vancouver Canucks during the 2011 NHL Stanley Cup Final at TD Garden on June 6, 2011, in Boston, Massachusetts.
(Jim Rogash/Getty Images)

The Vancouver Canucks made their Stanley Cup Finals debut in 1982 after struggling for more than a decade as an NHL expansion team, failing to advance in any of their five previous playoff appearances.

After making the cut despite a losing season, the Canucks were swept by the New York Islanders in the Finals, who won their third consecutive Cup and would go on to win their fourth the following season.

Deryk Engelland of the Vegas Golden Knights celebrates after defeating the Jets, 2-1, in the Western Conference Finals to advance to the 2018 NHL Stanley Cup Final at Bell MTS Place on May 20, 2018, in Winnipeg, Canada.
(Jason Halstead/Getty Images)

In their inaugural season, the Knights posted a 51-24-7 record in 2017 and advanced to the Stanley Cup Finals after sweeping the Kings and defeating the Sharks and Winnipeg Jets. They would lose to the Washington Capitals in five games, giving them their first Stanley Cup win.

Vegas would make three more playoff appearances, reaching the Western Conference Finals in 2020. This season marked the first year the team did not make the postseason.

Jets listen to the closing comments of TSN broadcaster Dennis Beyak following the Seattle Kraken game at Canada Life Centre on May 1, 2022, in Winnipeg, Canada.
(Jonathan Kozub/NHLI via Getty Images)

The long-struggling Winnipeg Jets, previously the Atlanta Thrashers, have only made six playoff appearances in 22 seasons, with a record of 16-27. After relocating to Winnipeg, the Jets saw more success in the postseason, advancing to the Western Conference Finals in 2018.

The Jets saw early exits from the playoffs the next three seasons before being eliminated from playoff contention with a sixth-place finish in the Central Division this year.