Boeing clashes with key supplier ahead of Starliner spacecraft launch 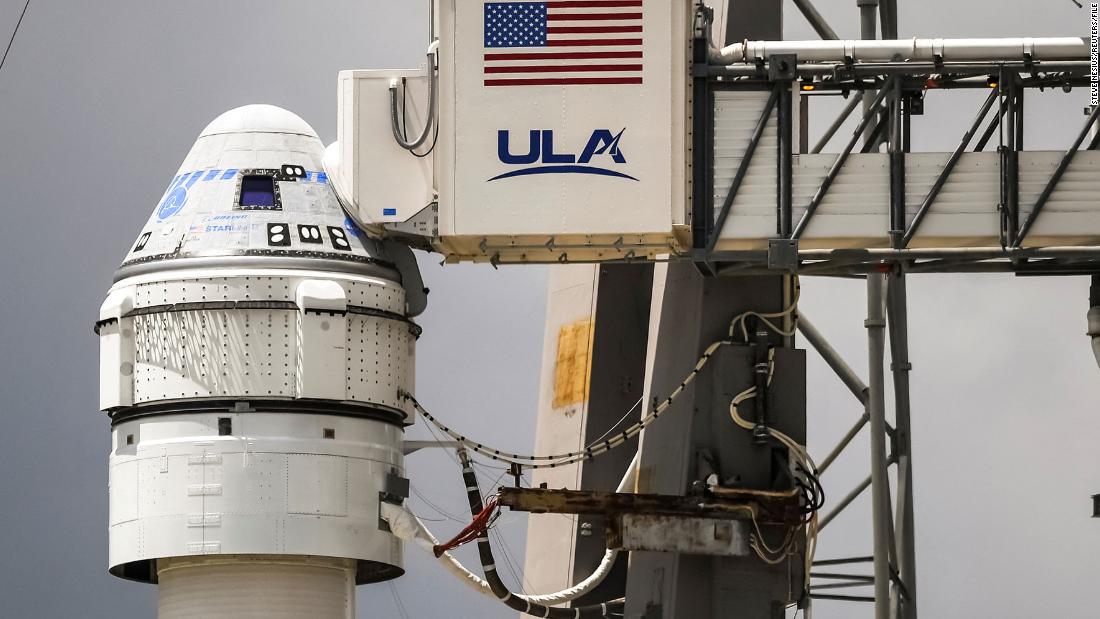 The CST-100 Starliner is scheduled for a May 19 Florida launch atop an Atlas 5 rocket to the International Space Station, with Boeing aiming to show NASA that the spacecraft is safe to ferry astronauts to and from the orbiting outpost. Software failures cut short a similar 2019 uncrewed test flight.

The mission is a crucial step toward re-establishing Boeing as a viable rival to billionaire entrepreneur Elon Musk’s SpaceX, a drive complicated by Boeing’s disagreement with propulsion system supplier Aerojet, according to three people who spoke on condition of anonymity.

Chicago-based Boeing (BA (BA)) and El Segundo, California-based Aerojet (ARJD (AJRD)) are at odds over the cause of a problem involving fuel valves in the Starliner propulsion system that forced a postponement of a test flight last July, with the two companies faulting one another, the sources said.

The disagreement, which has not been reported before, comes at time when Boeing already is scrambling to emerge from successive crises that have hobbled its jetliner business and drained cash.

The Aerojet dispute is the latest illustration of Boeing’s struggles with Starliner, a program costing the company $595 million in charges since 2019. Facing fixed-price NASA contracts that leave Boeing with little wiggle room financially, the company has pressed forward with the Starliner test.

Boeing in a statement provided by a spokesperson to Reuters acknowledged for the first time that it ultimately intends to redesign Starliner’s valve system to prevent a repeat of the issue that forced last year’s test-flight postponement. The Boeing statement said that “we are working on short- and long-term design changes to the valves.”

Thirteen fuel valves that are part of a propulsion system that helps steer Starliner in space were discovered stuck and unresponsive in the closed position, prompting last year’s postponement.

The various technical setbacks have pushed Starliner’s first flight with people aboard into an unknown future, placing it far behind Musk’s SpaceX, whose Crew Dragon capsule, developed under the same NASA program as Starliner, has already flown five astronaut crews for the U.S. space agency.

A team of Boeing and NASA engineers is in general agreement that the cause of the stuck valves involves a chemical reaction between propellant, aluminum materials and the intrusion of moisture from Starliner’s humid Florida launch site.

Aerojet engineers and lawyers see it differently, blaming a cleaning chemical that Boeing has used in ground tests, two of the sources said.

“Testing to determine root cause of the valve issue is complete,” Boeing said in its statement, and the work did not find the problems described by Aerojet.

NASA shares that view, Steve Stich, who oversees the Boeing and SpaceX crew programs for the space agency, told Reuters.

Boeing also said Aerojet did not meet its contractual requirements to make the propulsion system resilient enough to resist the problems caused by the chemical reactions.

Boeing last week wheeled Starliner back to the launch pad for a third time ahead of the upcoming launch, having swapped out the propulsion system for a new one with a temporary fix that prevents moisture from seeping into the valve section.

Boeing and NASA said they did not recreate any fully stuck valves during nine months of testing, instead measuring the degree to which valves struggled to open.

This approach was used in order to get Starliner back to the launchpad quickly, two of the sources said.

NASA, Boeing, Aerojet and independent safety advisers are set to meet this week to reach a final determination on the cause of the valve problems and decide whether the temporary fix will work.

Boeing officials privately regard Aerojet’s explanation for the faulty valves as a bid to deflect responsibility for the costly delay for Starliner and to avoid paying for a redesigned valve system, two of the sources said.

“It’s laughable,” one person involved in the joint Boeing-NASA investigation of the value issue said of Aerojet’s claim, speaking anonymously to discuss confidential supplier relations. “Getting a valve maker or propulsion system provider to write down, ‘Yeah, I screwed that up’ … that’s never gonna happen.”

After testing and software issues caused Starliner’s 2019 failure to dock at the space station, NASA officials acknowledged they had trusted Boeing too much when they decided to devote more engineering oversight to the newer SpaceX than the aerospace giant.

The feud with Aerojet is not Boeing’s first Starliner subcontractor quarrel. In 2017, Starliner had an accident during a ground test that forced the president of a different subcontractor to have his leg medically amputated. The subcontractor sued, and Boeing subsequently settled the case.