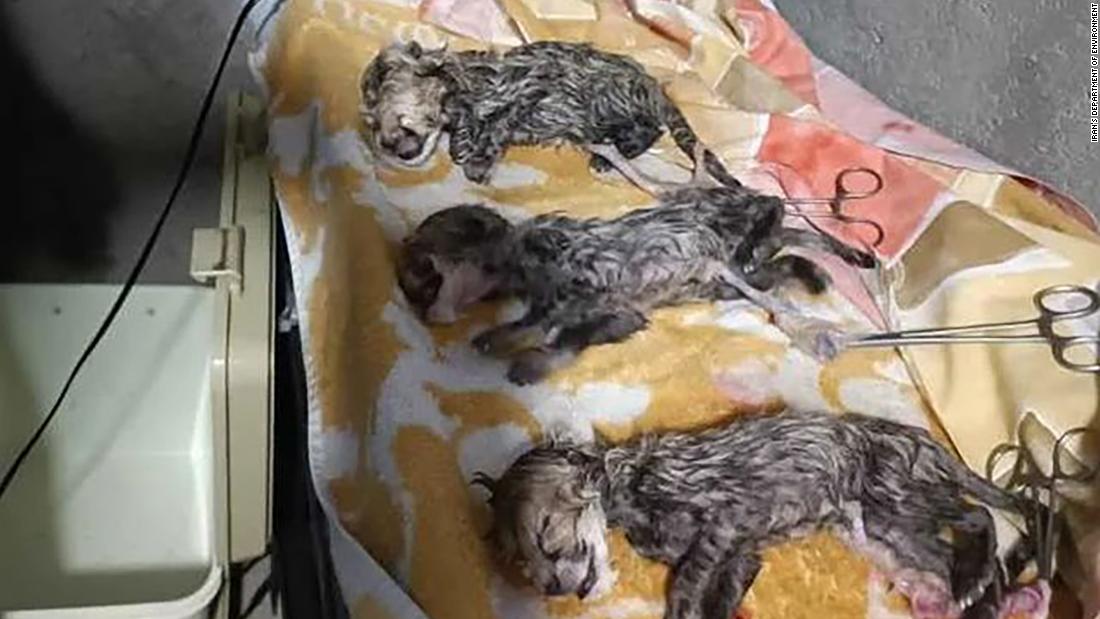 Three young cheetahs were welcomed into the world at the Asian Cheetah Breeding Center of the Turan Biosphere Reserve in Tehran, according to a May 1 news release from Iran’s Department of Environment.

The mother cheetah, named Iran, delivered her cubs via Cesarean section, and then the babies went into intensive care, the news release said.

One of the cubs died on May 4 due to malformations in the left lung and lung adhesion, according to Dr. Behrang Ekrami, a veterinarian at the Asian Cheetah Breeding Center.
It was originally announced that the cheetah cubs were all female, but after further examination it was determined they are male.

Researchers saved the mother cheetah in December 2017, after they found her in a house in Iran at 8 months old, according to Jamshid Parchizadeh, a graduate research assistant at The Global Wildlife Conservation Center and doctoral student at the SUNY College of Environmental Science and Forestry in Syracuse, New York. It’s believed wildlife traffickers were planning on smuggling her, he added.
Conservationists slowly began introducing her to a male Asiatic cheetah, Firouz, in 2021. He had been captured at Turan National Park to mate with her in captivity.
The two eventually mated on January 24, 2022, and continued to mate a total of 17 times in the following days, according to the Iranian Cheetah Society.
Because the cheetah showed that she can give birth, it means she will likely be fertile for the next five years, said Dr. Ali Selajgeh, chief of Iran’s Department of Environment, in a news release.

On the edge of extinction

Asiatic cheetahs once roamed across Central Asia from the Middle East to Russia, but now have been spotted only in Iran, according to the International Society for Endangered Cats Canada.
They have largely been wiped out by hunting, loss of habitat and decreased prey due to humans overhunting them, the organization said. There are now only 12 Asiatic cheetahs estimated to be left in the wild, the Iranian Cheetah Society noted in a news release. However, this number does not include cubs, the organization added.
Since they are a critically endangered species, this breeding effort is of utmost importance, according to Parchizadeh.

Researchers named the female cheetah Iran as a cub because “they believed that she could give birth to cubs in the near future and these cubs would be able to increase the number of Asiatic cheetah population, which could be a huge hope for the people of Iran and the state of Iran,” Parchizadeh said via email.

This species of cheetah is very similar to its African cousins, he added. They both can reach speeds of up to 80 miles per hour (128 kilometers), according to One Earth.

However, the Asiatic cheetah is paler in color and has a thicker coat, Parchizadeh said.