What May’s Primaries Tell Us About the ‘Populism of Resentment’ Shaping the G.O.P. 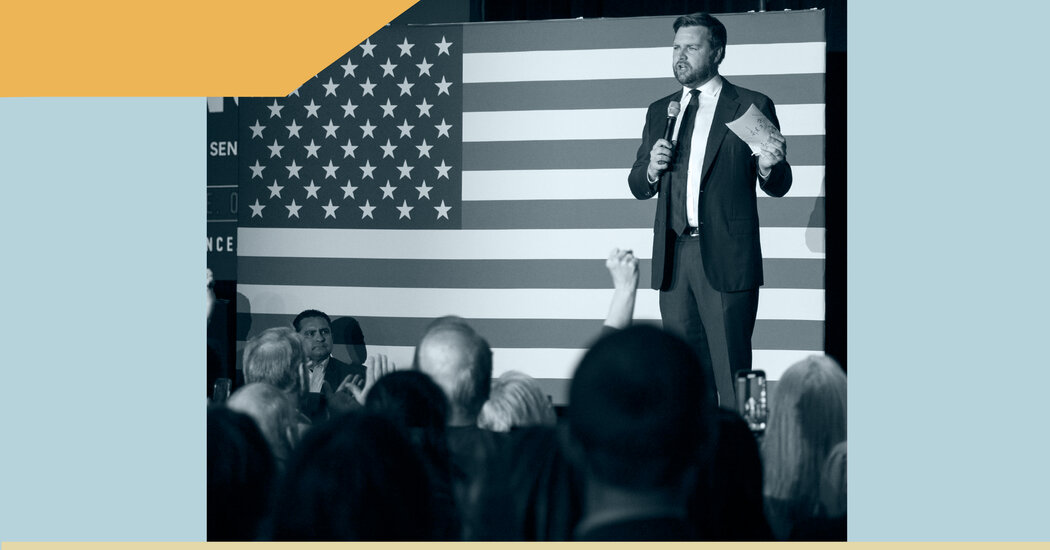 Produced by ‘The Argument’

May is chock-full of primary elections, and they are starting to provide a picture of how deep the G.O.P. is entrenched in Trumpism. J.D. Vance, the 37-year-old venture capitalist and author of the acclaimed memoir “Hillbilly Elegy,” won the Republican Senate primary in Ohio — with the endorsement of Donald Trump. The rise of Vance paints a telling portrait of how the G.O.P. is evolving in its appeal to its conservative base. Vance eagerly sought Trump’s endorsement and praise. Does it mean that the party is becoming a “populism of tribal loyalty,” as suggested by one of today’s guests?

[You can listen to this episode of “The Argument” on Apple, Spotify or Google or wherever you get your podcasts.]

Today on “The Argument,” host Jane Coaston wants to know what this month’s Republican primary elections can actually tell us about the future of the G.O.P. and if it signals more Trump in 2024. She is joined two conservative writers, David French and Christopher Caldwell.

French is a senior editor of “The Dispatch” and a contributing writer at The Atlantic. Caldwell is a contributing writer for New York Times Opinion. “I don’t think anyone disputes that there’s a wide open lane for populist incitement,” French says. “I think the issue with J.D. Vance and the issue with the Republican Party in general is this move that says, we’re going to indulge it. We’re going to stoke it.”

Mentioned in this episode:

(A full transcript of the episode will be available midday on the Times website.)

Thoughts? Email us at argument@nytimes.com or leave us a voice mail message at (347) 915-4324. We want to hear what you’re arguing about with your family, your friends and your frenemies. (We may use excerpts from your message in a future episode.)

By leaving us a message, you are agreeing to be governed by our reader submission terms and agreeing that we may use and allow others to use your name, voice and message.