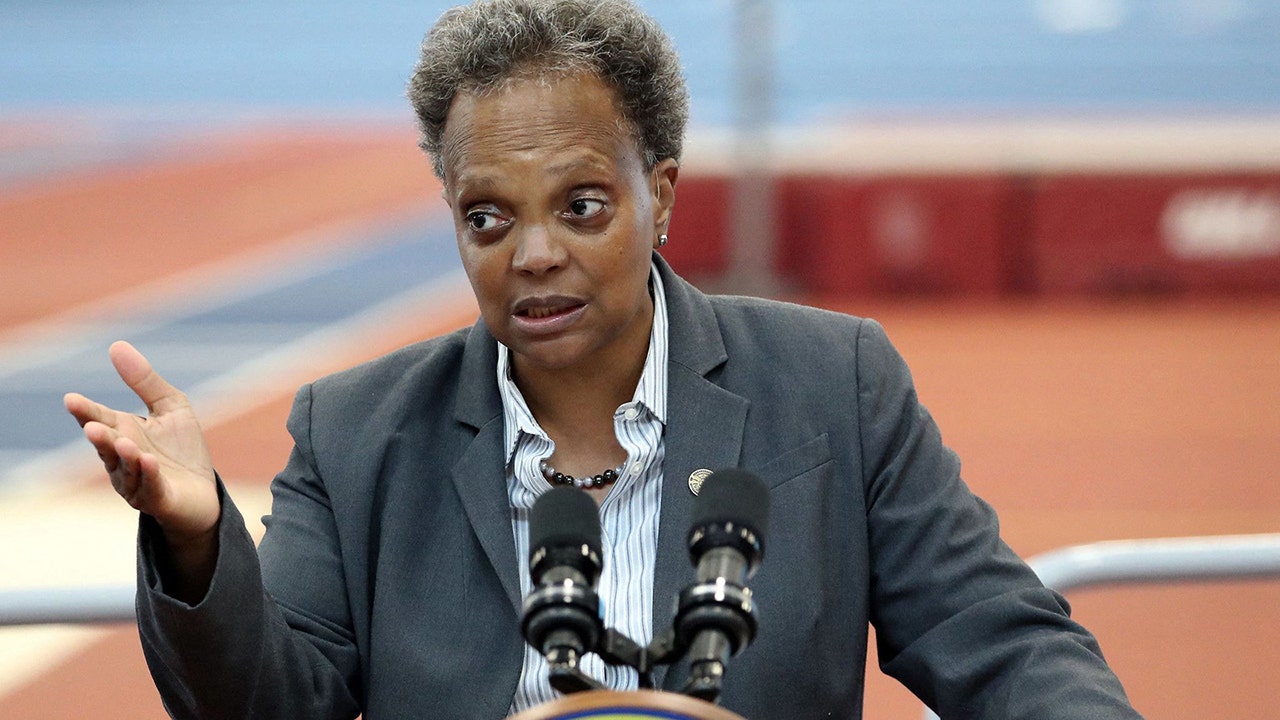 Chicago Mayor Lori Lightfoot was excoriated by critics late Monday following a tweet she posted that included a “call to arms” over the potential overturning of Roe v. Wade by the Supreme Court.

“To my friends in the LGBTQ+ community – the Supreme Court is coming for us next. This moment has to be a call to arms,” the Democrat lesbian mayor tweeted.

“We will not surrender our rights without a fight—a fight to victory!” she added in a separate tweet.

Chicago Mayor Lori Lightfoot was accused of calling for violence over the potential end of Roe v. Wade following this May 9, 2022 tweet. (Screenshot/Twitter)

LORI LIGHTFOOT VOWS CHICAGO WILL BE AN ‘OASIS’ FOR ABORTIONS IF ROE V. WADE IS OVERTURNED

Critics quickly took to social media to blast Lightfoot, with some accusing her of calling for violence, and others arguing former President Donald Trump was impeached for “far less.”

“Sounds like incitement of insurrection to me,” former Air Force pilot Buzz Patterson wrote, appearing to mock Democrats and other leftists who frequently use similar phrases to criticize Trump and other Republicans.

Digital strategist Greg Price argued that Lightfoot’s “literal call for a violent insurrection” would lead to no action being taken against her because she is a Democrat, while musician Five Times August called on Twitter to remove Lightfoot’s account for “inciting violence.”

Texas Scorecard publisher Michael Quinn Sullivan criticized Chicago Mayor Lori Lightfoot in a May 10, 2022 tweet after the Democrat issues a “call to arms” over the potential end to Roe v. Wade. (Screenshot/Twitter)

ABORTION PROTESTS AT JUSTICES’ HOMES FUEL A NEW ROUND OF RECRIMINATIONS

“If this isn’t a call to insurrection, what is?” asked Texas Scorecard publisher Michael Quinn Sullivan, while Sen. Ted Cruz, R-Texas, tweeted a hashtag referring to Lightfoot’s tweet as “#DemMobViolence.”

“#LeftistPrivilege means neither Twitter nor corporate media will do a d–n thing about this blatant attempt to spark violent insurrection against a government body. They’ve impeached a president for far less,” wrote journalist JD Rucker.

Other critics blasted Lightfoot by referring to Chicago’s high murder rate and suggesting her priority wasn’t the safety of her constituents.

“The Mayor of Murder City has a call to arms. She has her priorities…and none of them are her constituents,” wrote columnist Derek Hunter.