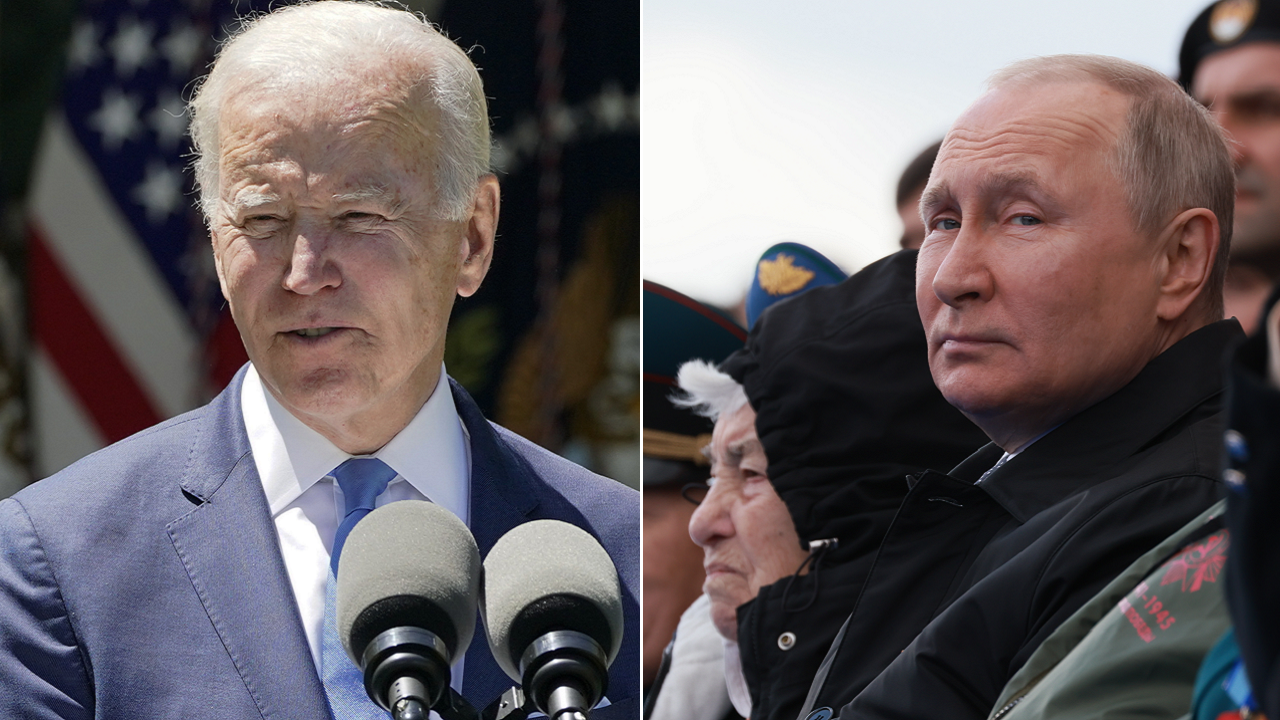 Biden made the remark Monday while speaking at a political fundraiser in the Washington, D.C., area, according to Reuters.

Biden said Putin “doesn’t have a way out right now, and I’m trying to figure out what we do about that,” the news agency reported.

Biden also described Putin as a calculating man who mistakenly believed Russia’s invasion of Ukraine would lead to the downfall of NATO and the European Union, it added.

The comments come as Biden on Monday urged Congress to “immediately” pass an “urgent” $33 billion proposal to provide military, economic and humanitarian assistance to Ukraine, while saying he is “prepared to accept” that measure and a COVID-19 funding package will “move separately” so that the Ukrainian aid bill can get to his desk “right away.”

“The plan was substantial in size, because the need is substantial: We must stand by Ukraine as it defends itself from Russian aggression,” Biden said in a statement. “The need is also urgent: I have nearly exhausted the resources given to me by a bipartisan majority in Congress to support Ukraine’s fighters.

President Joe Biden speaks at an event on lowering the cost of high-speed internet in the Rose Garden of the White House on Monday, May 9.

The request came after the Biden administration, in April, announced another $800 million in military aid for Ukraine, including heavy artillery and ammunition, as the country continues to fight to defend itself against Russia’s multi-front war. That funding was in addition to an authorization of $800 million in weapons, ammunition and other security assistance earlier this month.