US Marine’s life in the hands of Biden, Blinken in North Korea extradition fight 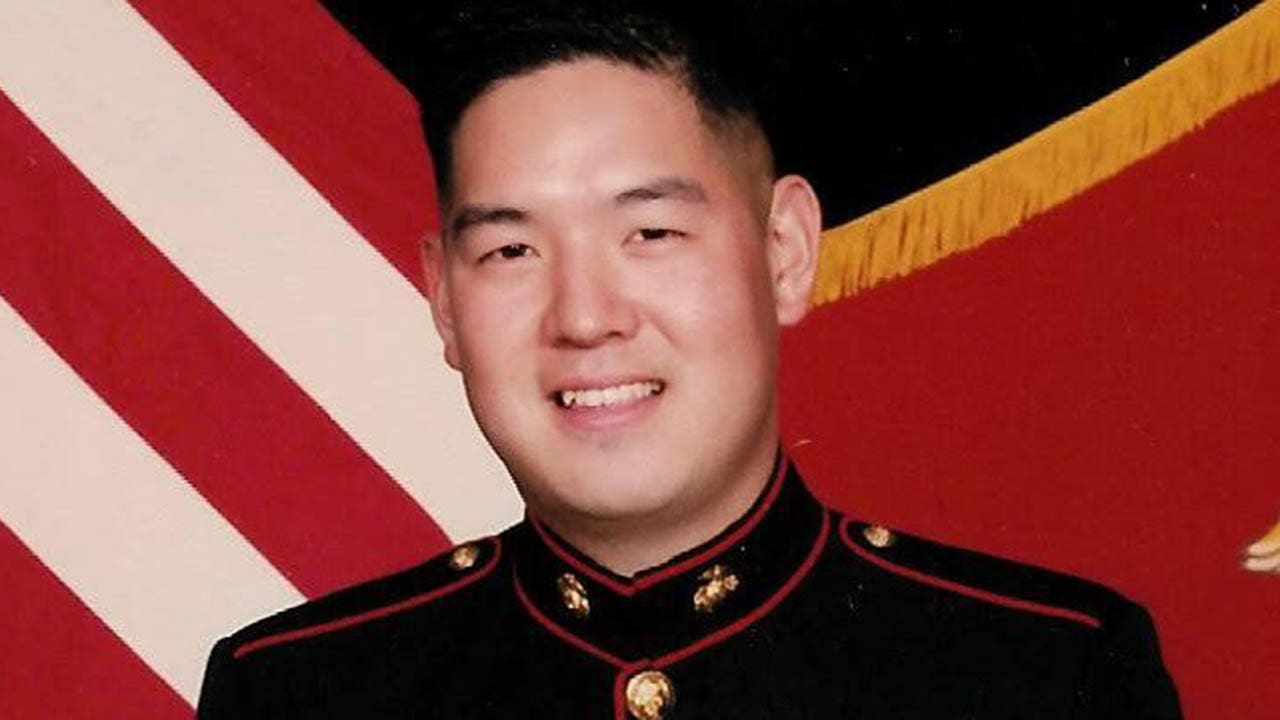 He served his country, but now, supporters fear that same government will send him to his death at the hands of Kim Jong Un. They’re calling on President Biden and Secretary of State Antony Blinken to intercede and save his life.

A federal magistrate in Los Angeles has turned down U.S. Marine Christopher Ahn’s request to block extradition to face charges that he broke into the North Korean embassy in Madrid, Spain, as part of a plan to help Kim’s ambassador defect. The ruling means the Biden administration could kick Ahn out of the country, sending him to Spain, where his supporters – and even the judge in his case – warned that Kim’s thugs could kill him.

Ahn served as a Marine in Iraq.
(Provisional Government of Free Joseon)

And, in a stunning rebuke of her own ruling, the judge who sided against Ahn said he should not be extradited because of North Korea’s threats to his life.

“I do not think it’s the right result, and I hope that a higher court will either tell me I’m wrong or itself block the extradition,” U.S. Magistrate Jean Rosenbluth wrote. “The FBI has conceded that North Korean wants to kill Ahn and that that threat is easier to carry out in Spain than here in the United States.”

Ahn was arrested in 2019 as a member of the group Free Joseon. The group, whose name means “Free North Korea,” opposes the Kim regime and has helped several high-level North Koreans defect. He was allegedly part of a small group in the plan to help North Korea’s ambassador in Madrid flee, but the diplomat had a last-minute change of heart. For his role, Ahn has been told Kim Jong Un has put a target on his back. His supporters have feared he could be taken out by a North Korean hit squad or even kidnapped if extradited, taken to Pyongyang for a show trial, and executed in public for his anti-regime activities.

The U.S. Justice Department acceded to a request by Spanish officials that Ahn be extradited to face criminal charges.

Ahn’s supporters said the activists were invited into the building as part of an agreed-upon plan with the North Korean diplomats inside. Videos showed them simply walking in and spending hours inside the embassy talking to North Korean officials before a woman apparently became alarmed, jumped off of a balcony and contacted police. She later told investigators that “individuals had entered the Embassy and they were killing people, were eating people and there were children there.”

Cindy Warmbier said that Ahn needed a ‘strong g woman’ to ‘stand up to North Korea.’ I regret that I am too weak, in power if not in will, to save him from the threat of torture and assassination by an outcast nation.

In her ruling, Rosenbluth noted that Blinken could block Ahn’s extradition for humanitarian reasons. While the extradition process started under the Trump administration, the judge noted, “it is the Secretary of State, representing the executive branch, who determines whether to surrender the fugitive.”

Among Ahn’s high-profile supporters: Cindy and Fred Warmbier, the parents of Otto Warmbier, the young American who, like Ahn, attended the University of Virginia and was falsely arrested, tortured and sent home to die by Kim’s regime in 2017. Since then, the Warmbiers have been outspoken critics of Kim Jong Un’s human rights record, and Cindy Warmbier brought the court to tears when she spoke at a hearing last May in support of stopping Ahn’s extradition.

In another extraordinary admission, Rosenbluth expressed remorse at her decision.

“I hold out some hope that this court will not become an ‘accomplice’ to Ahn’s otherwise inevitable extradition,” she wrote. “Cindy Warmbier said that Ahn needed a ‘strong woman’ to ‘stand up to North Korea.’ I regret that I am too weak, in power if not in will, to save him from the threat of torture and assassination by an outcast nation.”

Rosenbluth “appears to make an impassioned plea to a higher court and the secretary of state to block her certification of Chris Ahn to Spain,” noted Sung-Yoon Lee, a Kim Koo-Korea Foundation professor in Korean studies and assistant professor at the Fletcher School of Law and Diplomacy at Tufts University.

Ahn’s fate is now up to the Biden administration.
(Provisional Government of Free Joseon)

“She emphasizes that Chris Ahn is by all accounts a good and honest man who wished to help the North Korean would-be defectors with a staged kidnapping,” Lee told Fox News. He noted that Rosentbluth wrote, “Shipping Ahn off to Spain, where his life will be in grave danger from a force our government recognizes as evil, to await a trial that will likely never happen is inhumane and may well violate due process. I – or some judge or judges – should be able to stop it.”

The judge also noted, “North Korea has abducted its enemies from numerous European countries, including the Netherlands, Austria and Italy, and it has killed on foreign soil… the FBI advised his counsel that he ‘should not leave the United States as a matter of safety.'”

Now Ahn’s fate is up to the White House. His supporters, and the very judge who ruled, have agreed that Ahn’s life is in the balance unless Blinken, or a higher court, blocks Spain’s extradition request.