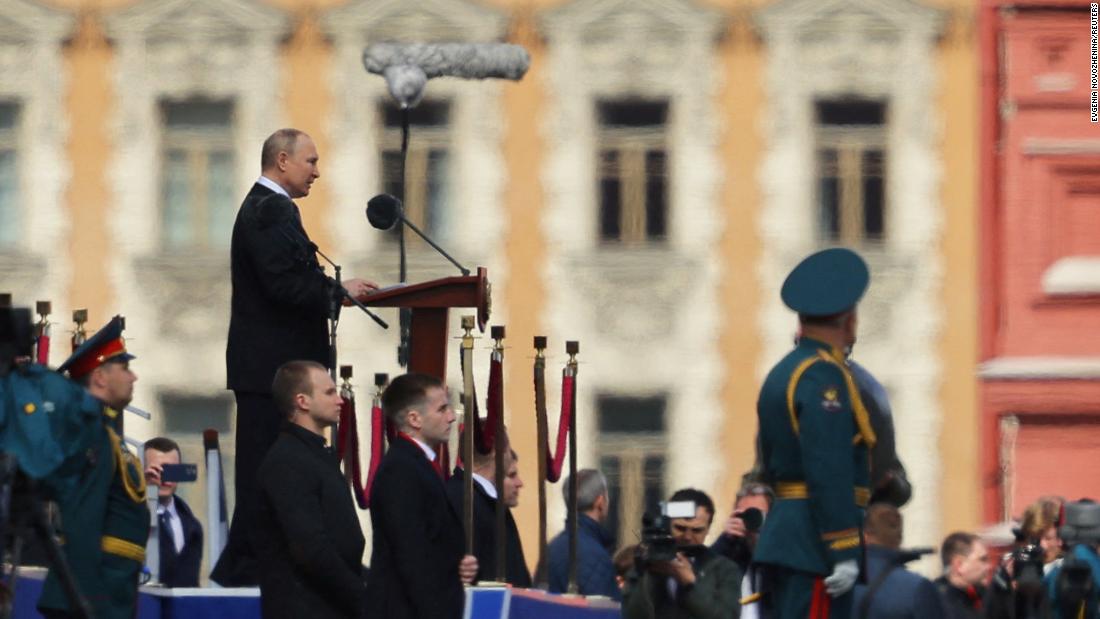 UK defense chief Ben Wallace had suggested that Putin may use this historic day to escalate his so-called “special military operation” in Ukraine and declare an outright war. Even if that had been Putin’s plan, he was unlikely to follow through after Wallace’s comments, not wanting to appear to his Western foes as such an easy nut to crack.

Instead, the Russian president used his speech to blend history with the present, banking on Russian nationalism on its most patriotic of holidays to justify his war.

In his reverence for Soviet war heroes who helped defeat Nazi Germany in World War II — the reason Russia celebrates Victory Day — Putin referred to new Nazi threats in Ukraine, repeating his baseless justification for the invasion as an operation to “denazify” the nation.

In reference to the threat of NATO troops in Europe, Putin said: “Everything indicated that a clash with neo-Nazis, Banderites [Ukrainian nationalists], on whom the United States and their younger partners counted on, would be inevitable.”

“Danger was increasing every day. Russia repelled this aggression in a preventative way. This was the only correct decision, and it was timely decision. The decision of an independent, sovereign and powerful nation,” he said.

Putin had few other options than to use his speech to keep selling his war to his own people. He has so few successes in Ukraine to brag of, after all. All he can do now is to keep Russians on his side as they suffer the economic hardship of crippling sanctions and international isolationism.

The question now is whether Putin will use this day — or this week even — to escalate the war in other ways.

There are growing concerns that Russian forces will turn again to standoff weapons — aerial strikes and long-range missiles, for example — that can be fired from afar, as they so often do when they are on the backfoot. That’s worrying, as those attacks are indiscriminate and tend to cause huge civilian tolls. A bombing of a school in Luhansk, eastern Ukraine, that is feared to have killed at least 60 sheltering people over the weekend is just one example.

After Russia’s failure to take territory in Ukraine’s north and around the capital, Kyiv, it’s struggling even in the east and south, where it has had a presence through pro-Russian rebels for years. The possibility that Russia may win nothing, or very little, in Ukraine is real.

Whether anything changes this Victory Day or not, a new chapter in the war will inevitably need writing soon.