Body of migrant child found in the Rio Grande, and his brother is still missing 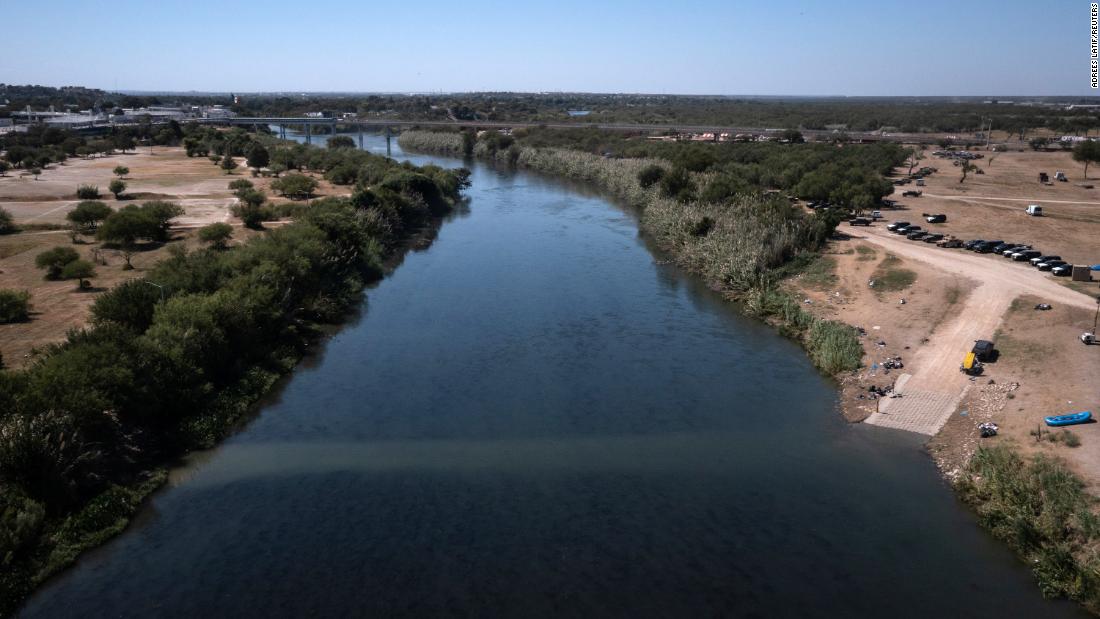 The incident began May 2 when agents encountered a husband and wife from Angola who had illegally crossed the Rio Grande about a mile west of the Del Rio International Bridge along the US-Mexico border, US Customs and Border Protection (CBP) said.

The couple told the agents their two sons, aged 7 and 9, were swept away by strong river currents while trying to cross into the US, according to CBP.

A Del Rio Station Boat Patrol unit was deployed to the area to find the children, and the Del Rio Sector’s Foreign Operations Branch contacted its law enforcement counterparts in Mexico for coordinated assistance, CBP added.

The parents were taken into custody by Border Patrol agents and processed, CBP said.

Three days later, Mexican authorities found the body of a child matching the family’s description near the riverbank on the Mexico side of the Rio Grande, CBP said. The body of an adult man was also found in the area.

The family’s other son has not yet been located.

The fatal discovery underscores the increasing danger of water crossings along the Rio Grande, which forms a natural border between the US and Mexico.
Just two weeks ago, a Texas National Guardsman went missing after attempting to rescue two migrants who appeared to be drowning as they crossed the Rio Grande near Eagle Pass, Texas, about 60 miles south of the Del Rio International Bridge.

The body of the Guardsman, 22-year-old Bishop Evans, was found several days later. He was not authorized to enter the water but “selflessly acted” to rescue the migrants, officials said. The migrants, who survived, are suspected of being “involved in illicit transnational narcotics trafficking” and were taken into CBP custody.

While the majority of migrant border deaths are related to heat exposure, water-related deaths and rescues have sharply increased in recent years in the Del Rio sector. Water-related deaths tripled there from fiscal year 2018 to 2019, and water rescues spiked more than 1000%, according to CBP data. In 2019, the image of a Salvadoran father and his two-year-old daughter lying face down in the water of the Rio Grande sparked international outcry.

Migrants from across the world at the US-Mexico border

Separately, the migrant family’s origin in Angola is part of a major rise in migrants coming to the southern border from outside North and Central America.

On its website, the CBP broadly separates the demographic origins of migrants into five categories: Mexico, Guatemala, Honduras, El Salvador and “Other.” From this point in fiscal year 2021 to 2022, CBP encounters with citizens of “Other” countries at the Southwest Land Border shot up from about 64,000 to 377,000, an increase of nearly 500%, the data show. Encounters with citizens of Mexico, by comparison, increased just 43%, the data show.
The “Other” group includes large numbers of migrants from Colombia, Nicaragua, Venezuela, Cuba and Haiti, as well as smaller groups of migrants from Ukraine and Russia.
In September, tens of thousands of migrants, most of them Haitian, gathered at a makeshift encampment in Del Rio. And in December, CNN reported on a migrant surge primarily made up of middle-class families from South America, underscoring the economic and political instability in much of Latin America.
Since March 2020, CBP has been enforcing a public health order known as Title 42, which allows US authorities to swiftly expel migrants at US land borders. Under Title 42, authorities expelled migrants at the US-Mexico border more than 1.8 million times in just over two years, according to CBP data.

US Customs and Border Protection said arrests along the border increased in March, when there were more than 220,000 migrant encounters. To some extent, migration is seasonal, and the number of people trying to cross the border tends to go up in the spring.